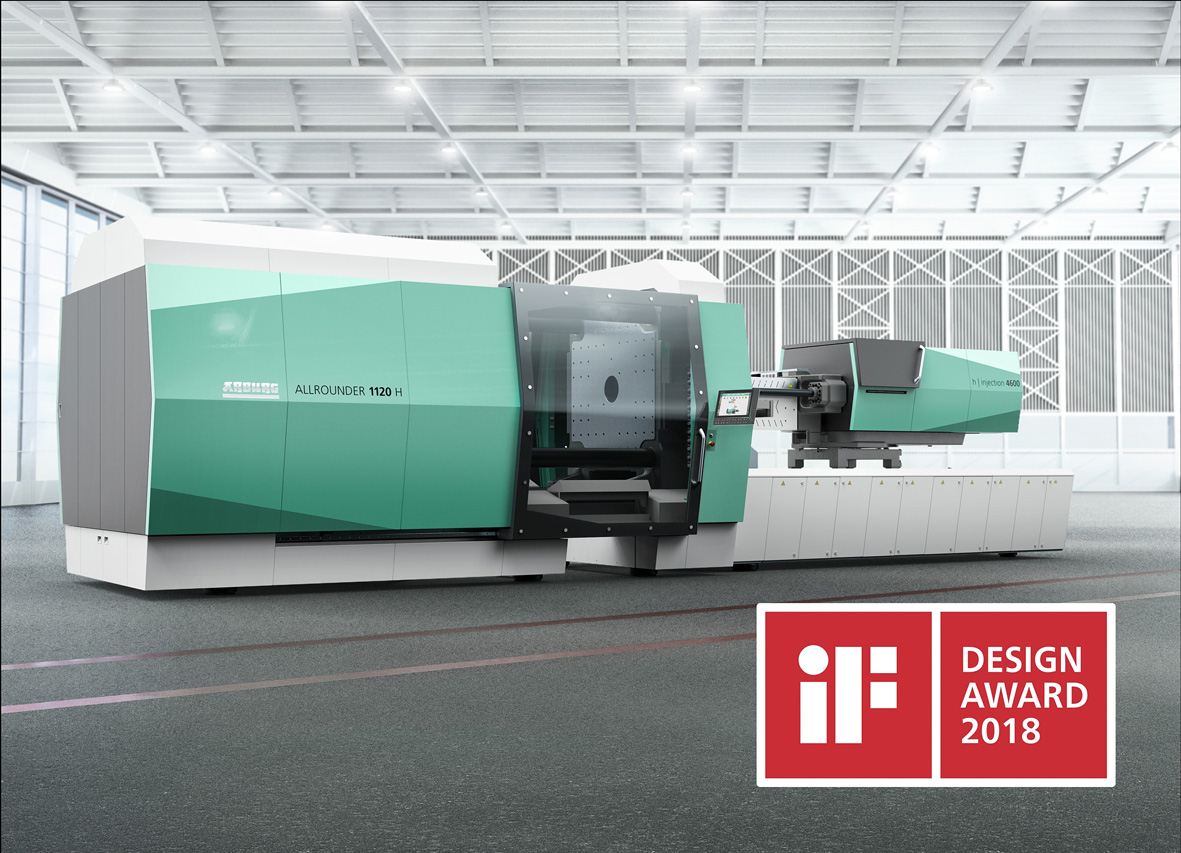 This year, Arburg has won the iF Design Award for its new large machine, the hybrid Allrounder 1120 H, and therefore counts among the prize winners of the internationally recognised and highly renowned design prize. The machine received the prize in the “Product“ discipline within the “Office & Industry” category. The iF Design Award is bestowed once a year by the oldest independent design institute worldwide, the iF International Forum Design GmbH, in Hanover.

The Allrounder 1120 H with a clamping force of 6,500 kN is Arburg’s new flagship machine, which has significantly expanded Arburg’s product range. The hybrid machine combines electric speed and precision on the clamping side with hydraulic power and dynamics during injection. It also features a pioneering design.

In addition to its aesthetic appeal, modern colour scheme and shape, the machine offers enhanced functionality and significantly improved ergonomics. The practical extras that simplify the set-up and operating sequences of the large machine include fold-out steps for accessing the clamping unit, service cabinets for the power supply equipment and integrated LED light strips that indicate the operating state. A further new feature is the visionary Gestica control system, which reproduces the look and feel of smart mobile devices. These include a modern clear operator guard, a high resolution, full HD screen and industry-grade multi-touch technology as well as one-click ergonomic hardware keys.

The application for the iF Design Award was submitted by the Design Tech design office from Ammerbuch, which supported Arburg with the design. The Allrounder 1120 H prevailed against numerous competitors. The panel of judges selected the machine among 6,400 submissions from 54 countries to award the coveted seal of quality.

Design: a priority from the outset at Arburg

Arburg Managing Partner with responsibility for Marketing, Juliane Hehl, was delighted with the award and emphasised the preeminent value placed on design at Arburg for many decades, “In accordance with our motto ‘ugly doesn’t sell’, Arburg’s first standard machine was continuously improved using a wooden model back in the 1950s until the engineers achieved a design that adequately matched the high-level technology.”

Another milestone was the colour change of the machines from reseda green to the mint green and canary yellow combination in 1995, which Arburg is known for all over the world today. 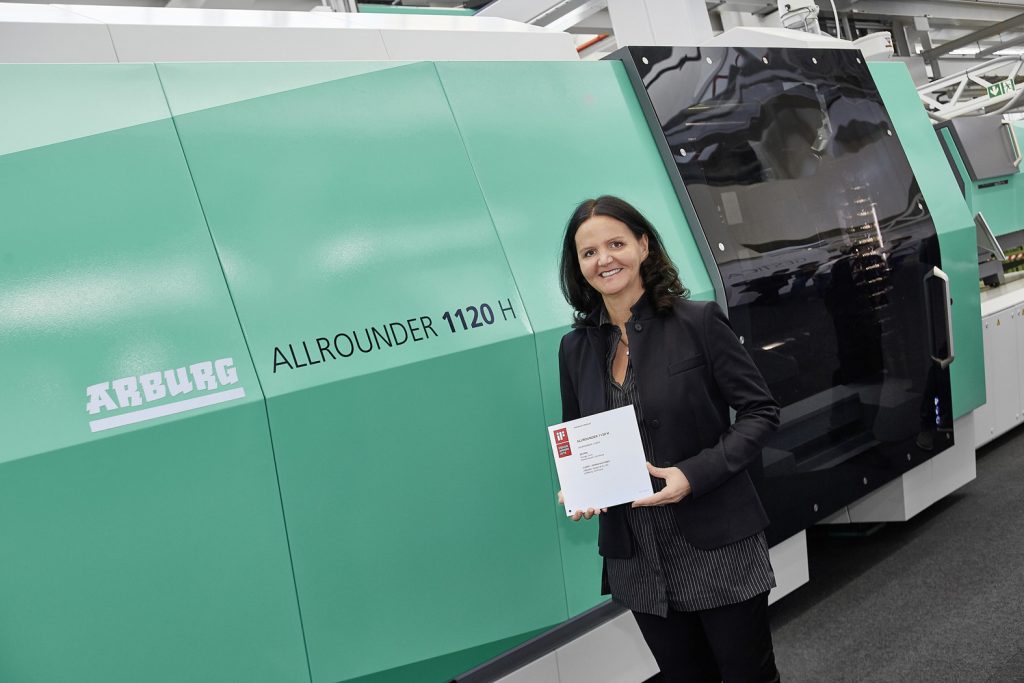 “The next decisive step after a little over 20 years has now been to get design experts on board in addition to our own technology experts from the outset during the development of the new large Allrounder 1120 H, because for us Partners it was clear from the beginning that this flagship machine for our company also needed to feature a visionary design.” That this was the right decision is now evidenced by the bestowal of the iF Design Award 2018 to Arburg and its Allrounder 1120 H. A delegation from Design Tech led by company boss Jürgen R. Schmid accepted the award on Friday (9 March) at the iF Design Award Night in the BMW Welt venue in Munich. “Arburg and Design Tech absolutely nailed it with the Allrounder 1120 H. The fact that the machine has been extremely well received worldwide has already been impressively demonstrated during its premiere at the K 2016, the leading international plastics industry trade fair, as well as at further in-house and external events,” says Juliane Hehl regarding the unanimously positive feedback from customers, the trade press and even the competition.

About the iF Design Award

For 65 years, the iF Design Award has been a globally renowned trademark when it comes to outstanding design. The iF brand has become an internationally recognised symbol of outstanding design achievements. The iF Design Award is one of the most important design prizes in the world. It recognises design excellence in all disciplines: product, packaging, communication and service/user experience design (UX), architecture and interior design, as well as professional concepts. All the award-winning submissions are featured in the iF World Design Guide, published in the iF design app and shown at the iF design exhibition in Hamburg.

The Allrounder 1120 H can be found under “Design Excellence” in the iF World Design Guide: https://ifworlddesignguide.com/design-excellence#/pages/page/entry/230713-allrounder-1120-h.