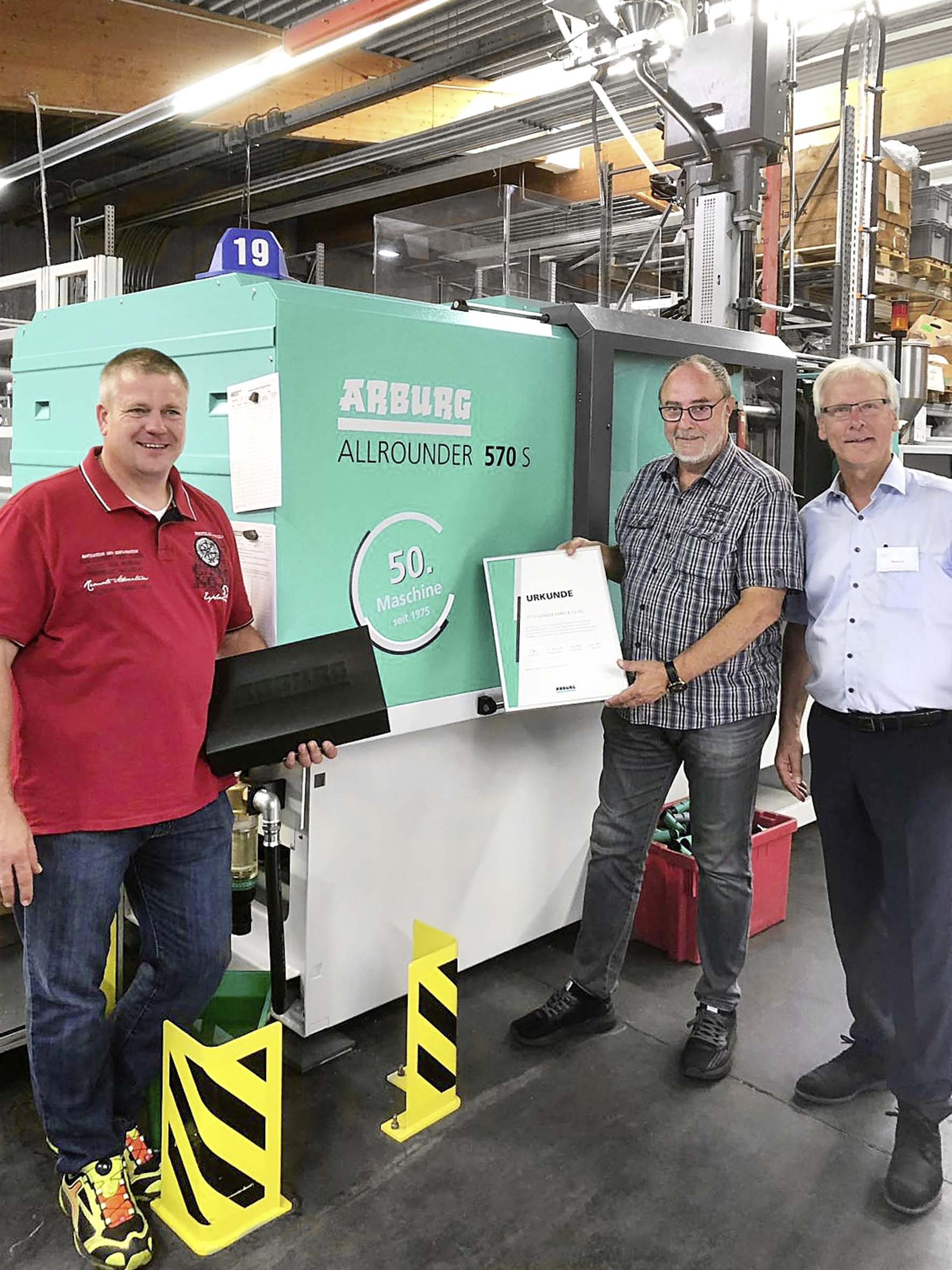 On 24 July 2019, the festive handover of the fiftieth Allrounder took place at Otto Glänzer GmbH in Solingen.

The mid-sized company has been active in the plastics industry for more than 60 years and has relied on injection moulding technology from Arburg for almost as long. The anniversary machine is a two-component Allrounder 570 S featuring a six-axis robotic system.

Otto Glänzer GmbH manufactures plastic products from 0.5 to 1,500 grams for industries such as automotive, consumer goods, textiles, knives, mechanical engineering, electrical engineering, medical technology and industrial cleaning. “The Allrounders are predestined for our wide-ranging product portfolio because they can be configured modularly and can be used flexibly,” said Managing Director Timo Alef, citing one of the reasons why Glänzer has been consistently using Arburg technology since the 1960s, while Managing Director Ralf Schlechtendahl pointed out the uniform control system for all series and sizes and the rapid availability of spare parts as further advantages.

The company currently operates a total of 28 Allrounders with clamping forces of between 400 and 4,000 kN. The new Allrounder 570 S with a clamping force of 2,200 kN and size 800 and 400 injection units will be used to produce handles and clamping nuts in a two-component injection moulding process. The machine comes equipped with a six-axis robot and an electric rotary unit for automated production.

“The fiftieth Allrounder represents a milestone and is a great opportunity to thank the company for decades of cooperation,” said Bernd Schmid, Department Manager External Sales, as the anniversary machine was presented to the two managing directors. “This is certainly not our last Arburg machine. An offer for the next one has already been requested and we will continue our successful cooperation in the future”, said Ralf Schlechtendahl. Proof that Glänzer has a positive outlook on the future.