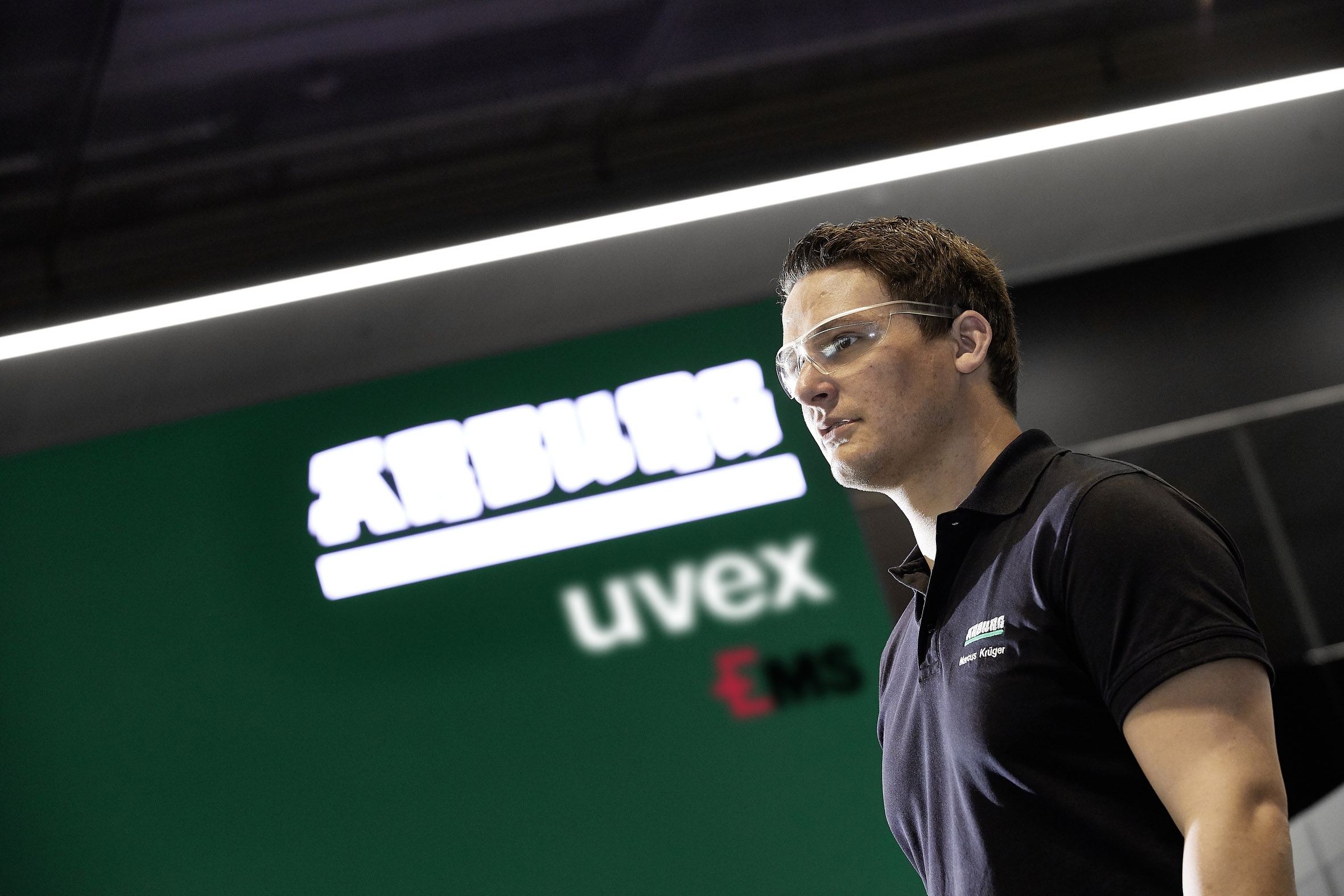 These days, nothing is the same as it was a few weeks ago. And yet the Corona crisis has made one thing very clear: companies in Germany and Europe are showing solidarity to help quickly. On the initiative of the German plastics machinery manufacturer Arburg, the Swiss specialty chemicals group Ems-Chemie, the German safety eyewear manufacturer Uvex and Arburg have been thinking about how they can provide quick help to rescue services, hospitals and medical personnel in the current situation.

The answer: Producing protective goggles to protect the eye and conjunctiva tissue from contamination, intended for specialist personnel such as doctors, nurses and emergency responders.

Dr. Thomas Walther, Head of Application Technology at Arburg, received a “call for help” from a doctor at the hospital in Rottweil on Monday (30/03). She had heard that, at a trade fair, Arburg had produced protective goggles that she and her colleagues urgently need and asked if he could help her. Thomas Walther passed this request directly on to Gerhard Böhm, Managing Director of Sales, who is already involved in various regional aid initiatives and has also initiated several brainstorming projects of this kind within the company. Both quickly agreed that help could be provided immediately with the resources that were already available. That’s how the “protective goggles” project started. Gerhard Böhm states: “Whatever we can do in the current situation to help with our know-how and our capacities as one of the world’s largest manufacturers of plastics processing machines, we will put it into action quickly.”

Partnership between Ems, Uvex and Arburg

Regarding the protective goggles, it quickly became clear that with some coordination measures between the three companies, which had already been working together intensively as partners for a long time, these articles could be produced at Arburg in relevant quantities and with relatively little effort. It was therefore logical that the production of an initial batch of 20,000 pairs of goggles at the parent plant in Lossburg should begin as quickly as possible in order to remedy the immediate shortage. “Because all three partners know what plastics can do, especially in medical technology. With our campaign, we are making sure that arising bottlenecks are immediately remedied. And this is for the benefit of many of the helpers who are now particularly important,” says Gerhard Böhm. 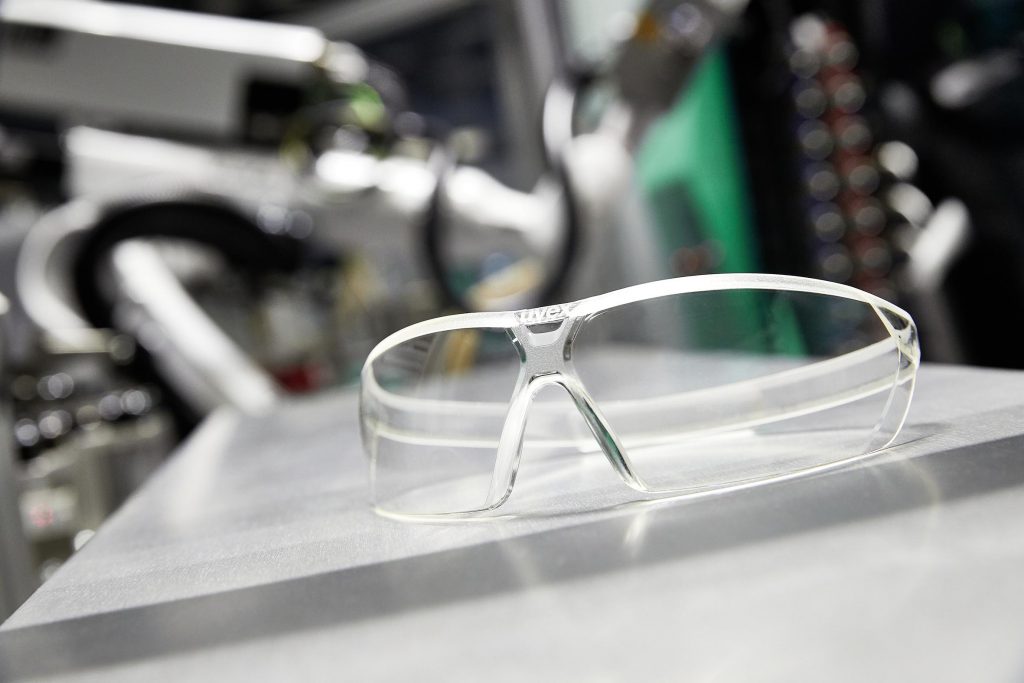 At the plastics trade fair K 2019 in Düsseldorf in October, Arburg demonstrated, together with the eyewear manufacturer Uvex and the material manufacturer Ems-Chemie, the fully automated production of sunglasses as trade fair demonstrators. Thanks to the unbureaucratic coordination between the parties involved, it was quickly decided that the already very dense sunglasses could also be transformed into protective goggles, using the same tools and also the same design. From there, everything else went quickly. After Ems had agreed to the use of the tools and Uvex was willing to make the goggles usable for the new application by means of a quick certification, Arburg set up the production system with removal robot in the new training centre in Lossburg. That’s where, from the week before Easter, the goggles are mass-produced in a simplified injection moulding process, they come out of the machine ready to use. They are then packed individually with safety and information data sheets in tubular film bags by hand for final distribution. The material for the first batch of goggles, around 500 kilograms of transparent Grilamid TR (PA12), is provided free of charge by the material manufacturer Ems-Chemie from Domat in Switzerland – help with an European dimension. Once the eyewear packaging has been CE-marked and assembled, “it’s quite likely that the distribution can already begin at the beginning of May,” says Thomas Walther.

The goggles are produced in one piece on an electric Allrounder 570 A with a closing force of 2,000 kN and Gestica control in a cycle time of around 50 seconds. Handling and depositing are carried out by a six-axis robot. Bad parts are sorted out and good parts are deposited on a cooling station. The packaging is done downstream by hand. The packaging is carried out downstream manually by a packaging station of the packaging machine manufacturer Packmat from Villingendorf, which also entered the production chain completely unbureaucratically.

The cooperation partners Arburg and Ems-Chemie share the first 20,000 pairs of protective goggles and, according to Magdalena Martullo, CEO and main shareholder of EMS, distribute them free of charge via official channels to hospitals, nursing homes and civil defence organisations in Germany and Switzerland. In this context, Magdalena Martullo thanked Arburg again for the unbureaucratic and quick initiative and realisation of the aid idea, which cannot be overestimated in times like these.