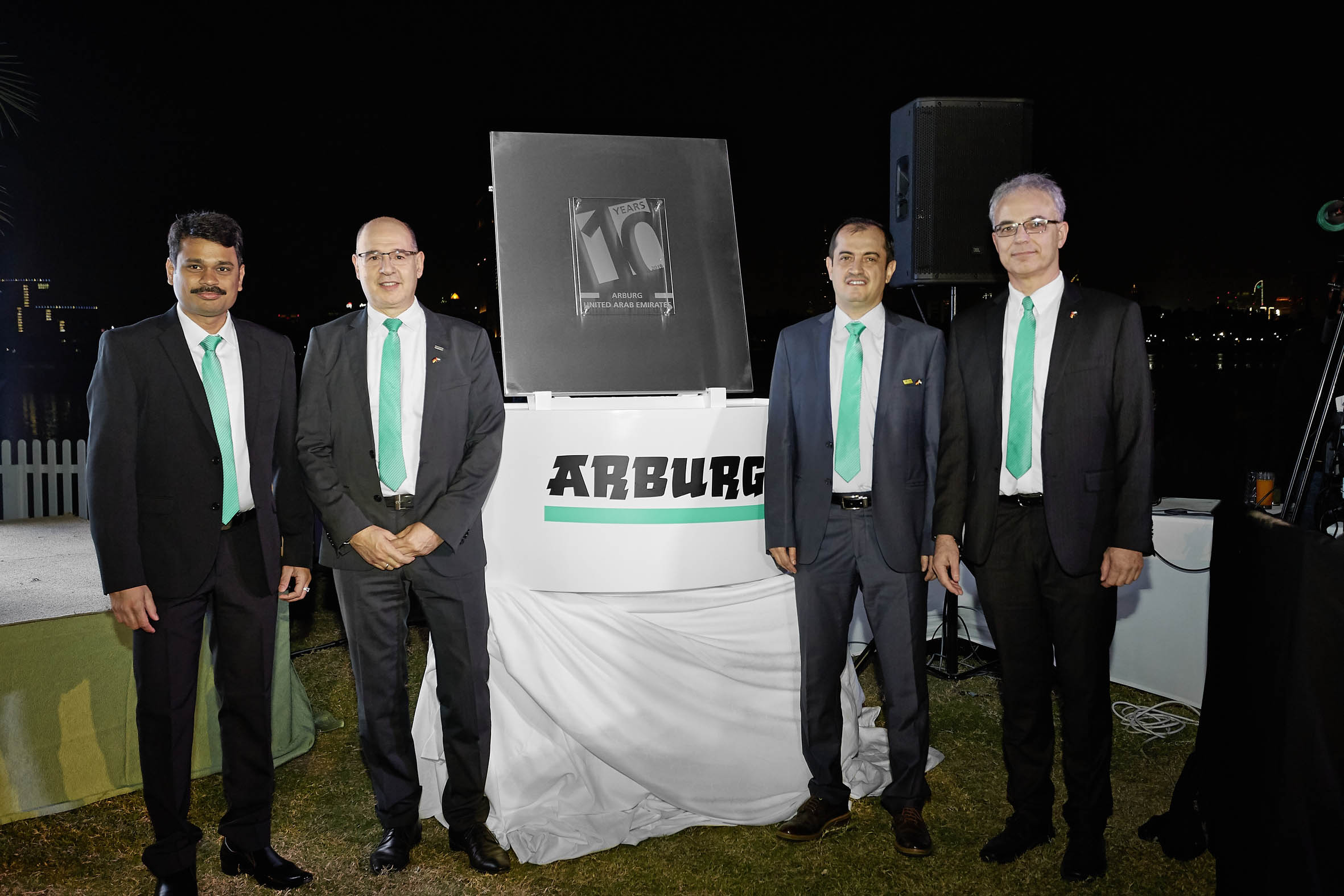 Arburg anniversary: ten years of presence at the Gulf

Right at the start of the year, at the beginning of the Arabplast trade fair on 5 January 2019, Arburg’s subsidiary in the United Arab Emirates (UAE) celebrated its ten-year anniversary. Andrea Carta, Director Sales Overseas, presented the traditional anniversary sculpture to the subsidiary manager Joachim Branz on behalf of the parent company. Around 50 customers attended the exclusive evening event.

The anniversary celebration took place at the Dubai Creek Club on Marina Island. Congratulations from the entire Arburg parent company were expressed by Andrea Carta, Director Sales Overseas: “I heartily congratulate Joachim Branz and his team on ten years of Arburg in the United Arab Emirates. To our customers, I would like to express my special thanks for the trust you have placed in Arburg and for the successful cooperation.” At the exclusive evening event, he presented the traditional Arburg anniversary sculpture to the subsidiary manager. A further highlight was a sand painting performance illustrating the company’s successful history from 1923 until today.

Great potential of the Arabian market

Since the subsidiary was founded in 2009, Arburg has continuously invested in the Arabian market, which offers large potential with sophisticated technological applications and a growing number of plastic-processing companies, according to Andrea Carta. “The entire spectrum is covered, from the production and refining of crude oil, to the production of plastic, right through to processing.” From its location in Ras Al Khaimah, Arburg VAE also supports the GCC countries (Gulf Cooperation Council) Syria, Lebanon, Jordan and Yemen.

The focus of the Arburg VAE subsidiary is the packaging industry, which has traditionally been a strong presence in the Arab states. Technical moulded parts and products for medical technology and the automotive sector are also important in this market. High-tech machines are in great demand in all these areas, and it is this premium segment that Arburg targets with its product range.

In addition to the premium injection moulding technology that Arburg offers, the Arabian customers particularly value the professional consulting provided by the company’s experts, as well as the comprehensive support in pre- and after-sales service. The service package includes an expert hotline for fast assistance by phone, competent local service technicians and a wide range of training courses and seminars. All this is rounded off by an excellently stocked spare parts warehouse to guarantee high availability.

Exclusive cooperation with the HIPF Institute in Riyadh

Arburg cooperates exclusively with the Higher Institute for Plastics Fabrication (HIPF) in Riyadh in order to introduce young people to high-end injection moulding technology. The technical centre of the HIPF offers space for 15 Allrounders and the full infrastructure of an injection moulding company, allowing live presentations.