Arburg at the DKT 2018: Multi-component injection moulding of hard/soft combinations
29/05/2018 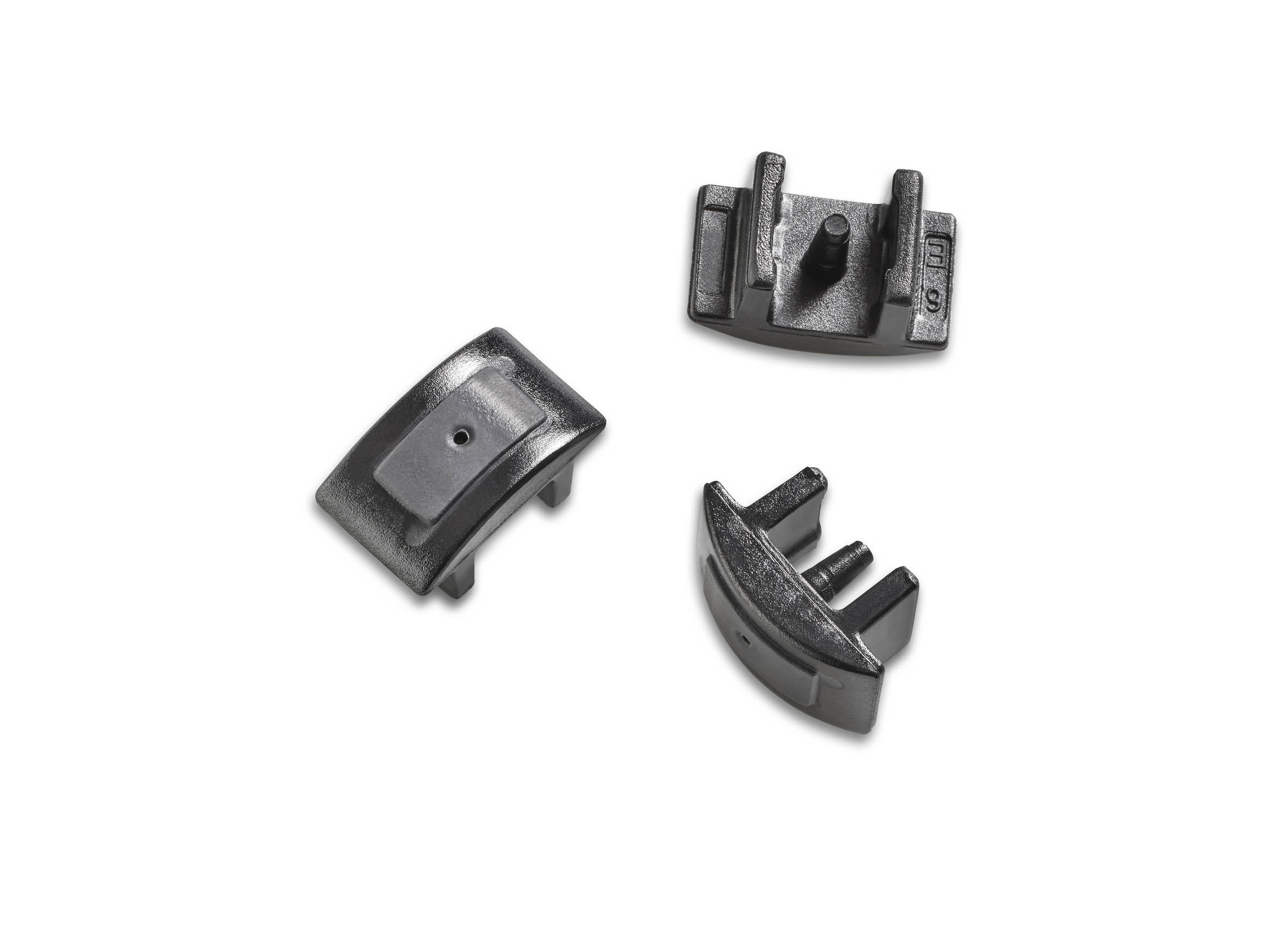 Arburg at the DKT 2018: Multi-component injection moulding of hard/soft combinations

Arburg at the DKT 2018: Multi-component injection moulding of hard/soft combinations

At the German Rubber Conference (DKT), to be held from 2 to 5 July 2018 in Nuremberg (Germany), Arburg will present “live” a complex multi-component application with an electric Allrounder 470 A in hall 12, stand 213: Equipped with an external piston type injection unit, the high-performance machine from the Alldrive series produces holding brakes from thermoplastic (PBT) and liquid silicone (LSR) for the automotive industry. 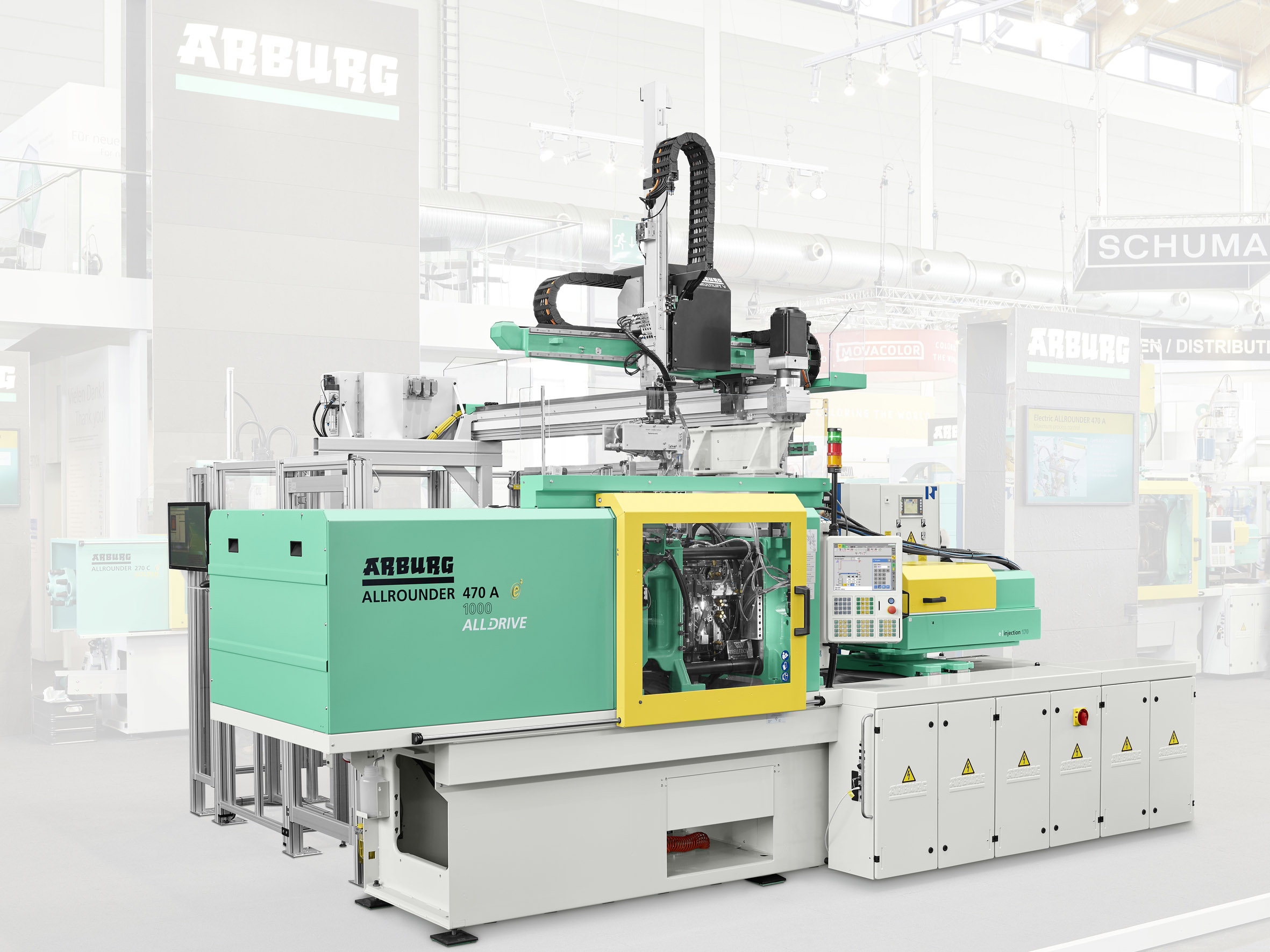 “The holding brakes, which are installed in air vents, are used in large unit volumes in car air-conditioning systems”, explains Thomas Siegel, LSR expert from Application Technology Consulting at Arburg. “In order to achieve a hard/soft combination, we complement a PBT pre-moulded part with an LSR component. We have selected a second, external piston type injection unit for this application. In conjunction with cartridge dosing for premixed LSR, this permits even the smallest shot weights to be precisely achieved.“

Holding brakes from PBT and LSR

The electric Allrounder 470 A with a clamping force of 800 kN is equipped with an 8+8-cavity mould. With its size 70 injection unit, the 30-percent fibreglass-reinforced PBT component is first injection moulded spruelessly via a hot runner. The pre-moulded part is rotated in the mould via an indexing unit.

The LSR component (70 Shore A hardness) is then moulded on via a cold runner. For this purpose, a second, external piston type injection unit is used, which is bolted directly onto the mould. The premixed liquid silicone, which is supplied via a cartridge, is then injected vertically.

Eight holding brakes, each weighing 0.38 g are produced in a cycle time of 40 seconds. The LSR component share here is only 0.03 g.

As a pioneer with over 40 years of know-how in the processing of liquid silicone (LSR), Arburg not only launched this technology onto the market, but also continuously developed innovative and sophisticated process solutions, including LSR/LSR micro injection moulding applications. Moreover, Arburg has recently shown how LSR dosage systems from Reinhardt Technik can be integrated in the machine control system via a new Arburg OPC UA interface and, in this way, can be controlled directly via the Selogica control system.

At the DKT 2018, Pascal Spohn from Application Technology Consulting at Arburg, will give a presentation on the subject of “Innovative Solutions for Elastomers – from the Idea to the Final Part” on 4 July as part of the “Educational Symposium”. Furthermore, the LSR experts from Lossburg will present the versatile product range for elastomer processing that also includes automation and customer-specific turnkey systems. As standard, Arburg offers an LSR package for various Allrounders, numerous special LSR cylinder modules, adaptive, optionally expandable mould heating circuits, as well as numerous interfaces for peripheral devices and robotic systems. In addition to the vacuum systems required from a process technology perspective, a selection of numerous optional nozzle versions and cold runner control units is available. These options can be directly incorporated in the machine design and in the sequence programming of the Selogica control system.