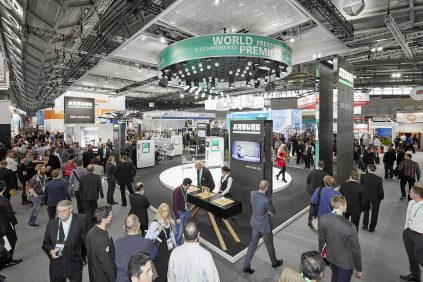 Formnext 2018 in Frankfurt, Germany, has been extremely successful for Arburg. The world premiere of the Freeformer 300-3X was one of the main attractions at the world’s leading trade fair for additive manufacturing. The new big three-component machine has enabled industrial additive manufacturing of complex functional parts in resilient hard/soft combinations using support structures for the first time worldwide. The new rental model for the Freeformer
200-3X also met with a very positive response. Moreover, the trade visitors were fascinated by the diversity of components that can be manufactured in the Arburg Plastic Freeforming (APF) process from qualified standard plastics, for example for medical technology, aviation or automotive industry. They were able themselves to test a selection of them for functionality and quality at interactive stations.

“With the world premiere of the Freeformer 300-3X, we have really hit the mark. Apparently, such a three-component machine, enabling complete new applications for industrial additive manufacturing, is just what the experts have been waiting for. The response has been excellent,” summarizes Juliane Hehl, Arburg’s Managing Partner. “Our trade fair stand equipped with mobile lighting elements and a rotating platform has shown that a lot is happening at Arburg. The world’s leading trade fair Formnext is exactly the right platform for presenting such innovations, making Arburg a permanent contact point for all those who are interested in industrial additive manufacturing of functional parts made of plastic.”

The features of the new Freeformer 300-3X were presented by Arburg at the Formnext every hour in a show featuring a presenter and live music. Equipped with three discharge units, the open system can produce complex and resilient functional parts in hard/soft combinations from two qualified standard plastics and a support material for the first time worldwide. The available surface area of the platform is almost 50 per cent larger than that for the Freeformer 200-3X. Thus, the build chamber has room for larger small-volume batches and parts with dimensions of up to 234 x 134 x 230 millimetres. By opening the upper half of the two-part build chamber door, it is for example possible to refill the material containers while the machine is in operation. The build chamber, which can be heated to up to 200 degrees Celsius, then only needs to be opened up to insert the part platform, and remove the finished parts. The automatic opening and closing of the build chamber door and optional interfaces make it possible to automate additive manufacturing, and to integrate the Freeformer into complete production lines. 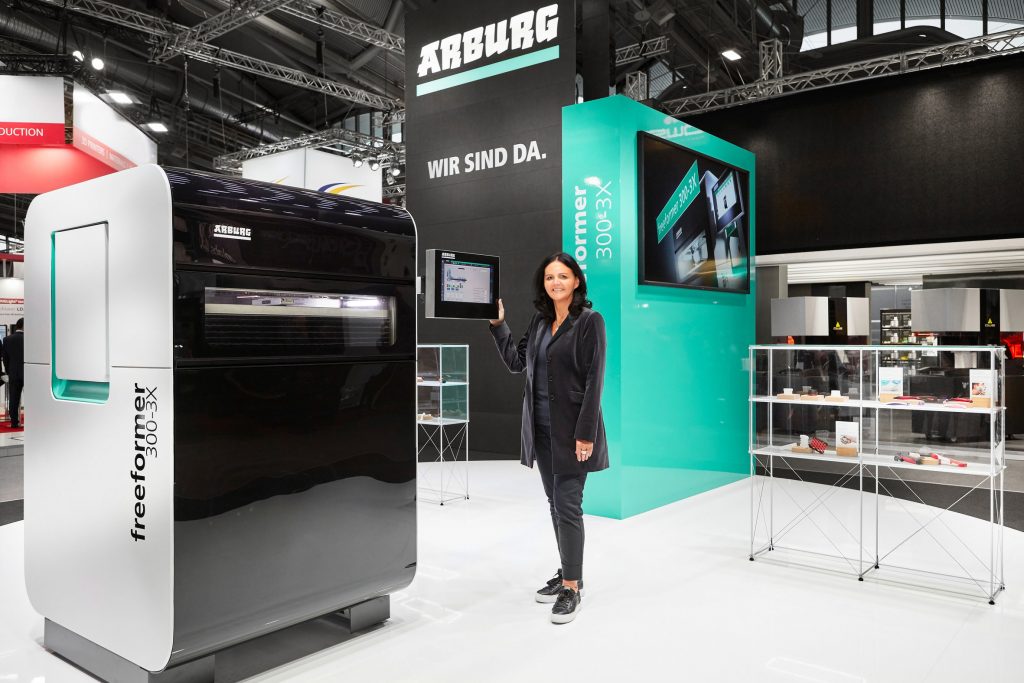 A new offer for getting started in additive manufacturing sparked great interest: Since Formnext 2018, Arburg has been offering a new rental model for its Freeformer 200-3X. With this “All-in Package“, the customer benefits from the extensive Arburg know-how and low investments. The package includes the rental of a Freeformer 200-3X for twelve months at interesting conditions, the production of a bench mark part, extensive application technology support by Arburg and access to the company’s material database. The customer can use qualified Arburg material for its product portfolio, to manufacture, for example, functional parts, but also grippers or a mounting device for its own production. The offer also includes training courses at Arburg and individual in-house training on the customer’s premises. In addition to that, upon request, the renter can request ten man-days of an APF expert. After one year, the customer himself will decide whether and how to continue. The rental fee will be taken into account in the purchase price.

At four interactive stations, Arburg showed a selection of functional parts made from original materials as used, for example, in medical technology, aerospace or automotive industry. This included a hand model made conductive by carbon nanotubes and equipped with capacitive sensors. The visitors were able to use them, for example, for illuminating LEDs.