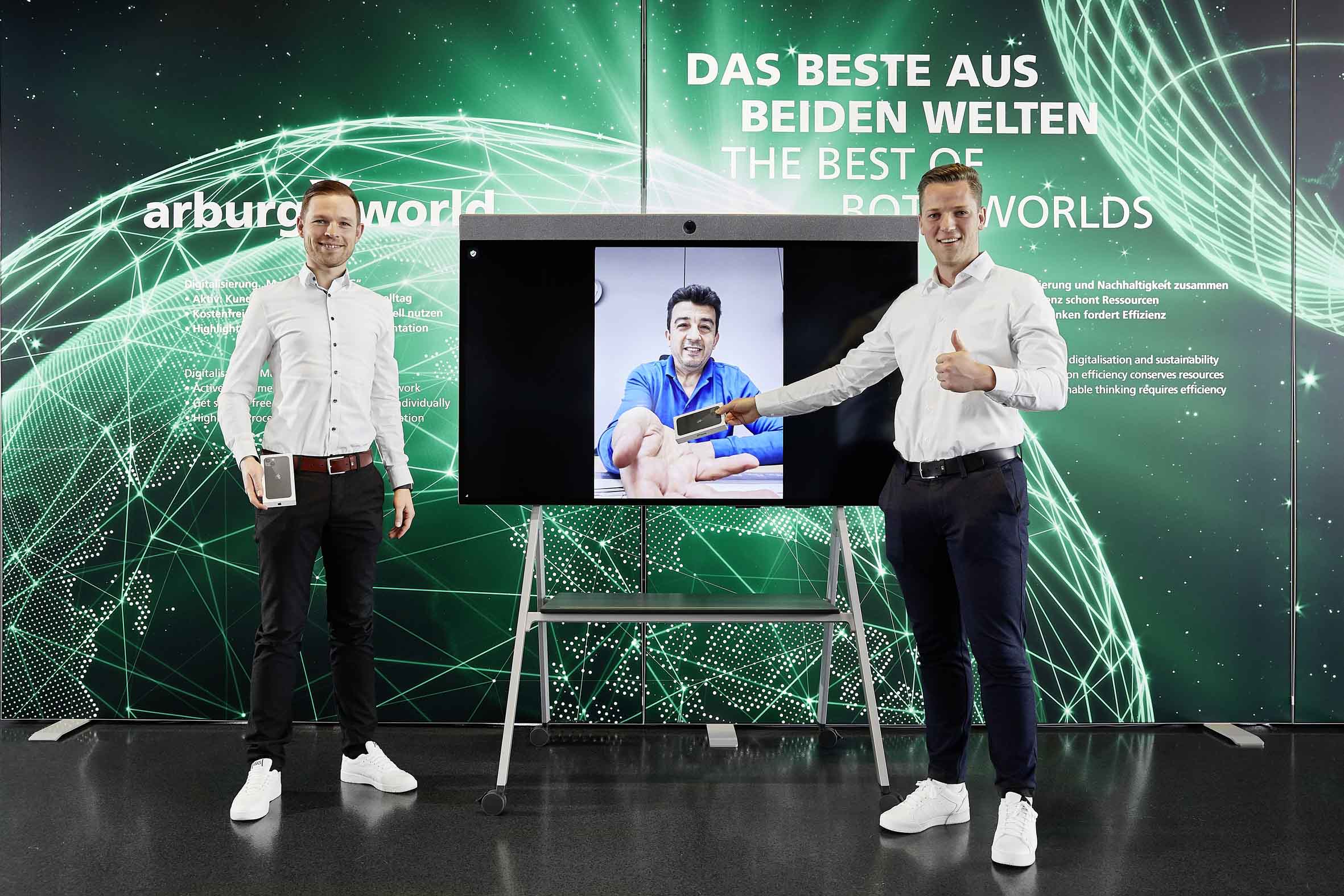 For several weeks, Arburg gave users the opportunity to participate voluntarily and free of charge in a survey directly in the arburgXworld customer portal. Two iPhones were raffled among the participants of the survey campaign and the winners were announced live at an arburgXworld webinar. One of them is Aydin Gencer from the company Walter Bethke, the second winner wishes to remain anonymous.

As a production manager, Aydin Gencer regularly uses arburgXworld and also took part in the survey on the portal site. The few minutes were well invested: Jens Kober and Christoph Schaber, both Digital Solutions experts at Arburg, handed over an iPhone 13 as a prize in a virtual live session during an arburgXworld webinar on 7 April 2022. In total, almost 300 customers from different countries took part.

Focus on use of the customer portal

As an industry pioneer in digitalisation, Arburg is continuously adding new features and apps to its customer portal. The aim of the survey was to find out more about how customers use arburgXworld and how the portal can be designed to be even more targeted to their needs. Currently, far more than 2,500 customers and 7,000 users are active in the digital Arburg world. The free basic package and the fee-based expansion stages provide customers with real added value.

An international sales and service network ensures first-class customer support at a local level: Arburg has its own organisations at 34 locations in 25 different countries and, together with its trading partners, is represented in more than 100 countries. Its machines are produced exclusively at the company’s German headquarters in Lossburg. Of a total workforce of over 3,400, approximately 2,850 people are employed in Germany. Over 550 people work in Arburg organisations around the world. Arburg has triple certification, in accordance with ISO 9001 (quality), ISO 14001 (environment) and ISO 50001 (energy).