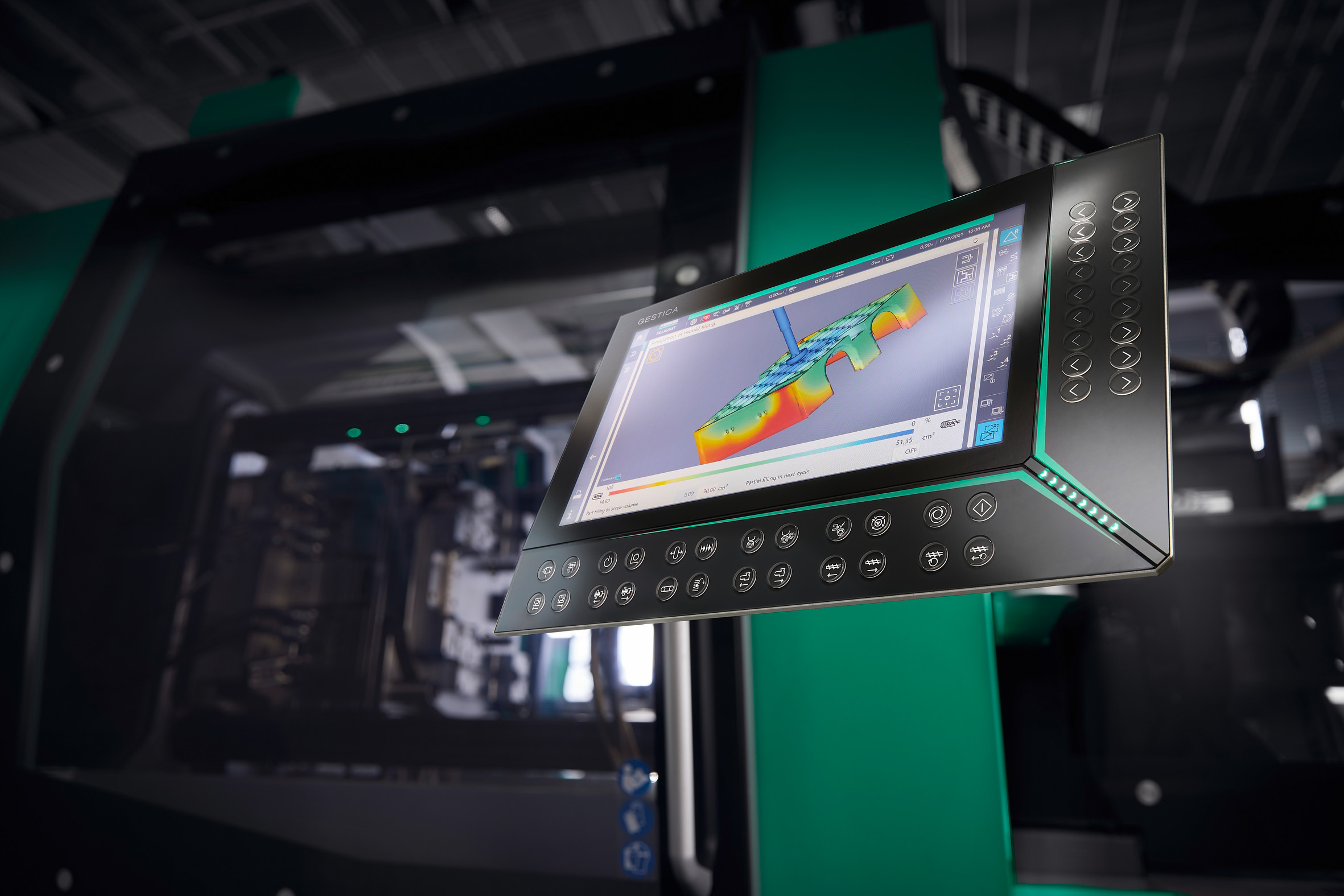 When it was introduced in 1992, the Selogica control system from Arburg was already a role model and trailblazer for the entire plastics machinery industry. Gestica, which made its debut at K, the world’s leading trade fair as the “control system of the future” in 2016, is currently taking on this role as a benchmark. The Gestica control system is designed for all injection moulding variants and for the diverse requirements of every branch of plastics processing. Numerous assistance functions offer installers and operators a very high degree of convenience and extensive support.

Guido Frohnhaus, Managing Director Technology and Engineering at Arburg, describes the ambition that the company attaches to its new control system: “Our aim is to establish Gestica as an easy-to-operate platform for efficient injection moulding to meet the highest requirements. This should make the performance and quality of the control system the ‘seal of quality’ for high-tech injection moulding machines – just like the Selogica control system before it.”

Arburg has made detailed improvements to navigation and to the sequence editor in particular, so that machine operators save time and reach their goal with just a few clicks. Multilift and six-axis robotic systems can be fully integrated into the system, retaining the Gestica look and feel during operation. This not only makes the cycles faster and more efficient, but also improves reliability through the mutual interlocking of functions.

“Gestica’s range of functions is already greater than that of our Selogica system. This is precisely where we are setting global standards. Our strategic approach is to ensure that the machine “knows” its environment – which results in unique assistance functions,” explains Guido Frohnhaus, summarising the current status. These assistants help further increase ease of use and efficiency in a way that is unique in the industry. Impressive examples of this:

Gestica incorporates all of Arburg’s experience in the development of hardware and software. The company has traditionally gone its own way for decades and has thus made itself largely independent of manufacturers and suppliers. This is reflected, among other things, in sustainable production and a rapid and long-term supply of spare parts. Gestica and Selogica are fully compatible – in both directions. This is one of many additional features that make the control system outstanding and unique.

Arburg’s strategy of a central platform means that the control systems flow into the standard and are updated along with it – as has been the case since the introduction of Selogica in 1992. Features developed individually at the customer’s request are also incorporated into the standard. The result is an enormous range of functions that have been progressively integrated into Gestica with its intuitive gesture control. This means that all injection moulding variants and the most diverse requirements from all industries are comprehensively covered.

Up to date: premium look and feel

Anyone operating a Gestica control system will quickly feel reminded of their convenient smartphone. That is also the intention. The control unit has two separate computers for operation and process control, including Multicore technology. As well as great operational reliability, this also provides the best possible protection against unauthorised external access. In addition, because Gestica has a closed operating system, no security updates are needed. Also, it is easy to integrate printers, USB memory units and browsers. This is something that only Arburg can deliver, and that makes for reliable technology and stable processes.

The operating panel, whose design won a Red Dot Award in 2018, has a gleaming monitor in 16:9 format and full HD quality, multi-touch technology for gesture control, a glass front with integrated hardware keys, and a special light design for status feedback signals. The EASYslider is another unique feature, which allows movements to be controlled flexibly and intuitively during set-up.

The result of all this: increased speed and reliability of operation. It only takes a few, time-saving clicks for installers and operators to reach their goal. It goes without saying that Gestica is also “digitally ready”. Thanks to its OPC UA-based connectivity, the control system allows entire production cells to be managed and enables simple communication with higher-level systems. This is smart technology that’s really fun.

An international sales and service network ensures first-class customer support at a local level: Arburg has its own organisations at 35 locations in 26 different countries and, together with its trading partners, is represented in more than 100 countries. Its machines are produced exclusively at the company’s German headquarters in Lossburg. Of a total of roughly 3,200 employees, around 2,650 work in Germany. About 550 further employees work in Arburg’s organisations around the world.  Arburg has triple certification, in accordance with ISO 9001 (quality), ISO 14001 (environment) and ISO 50001 (energy).