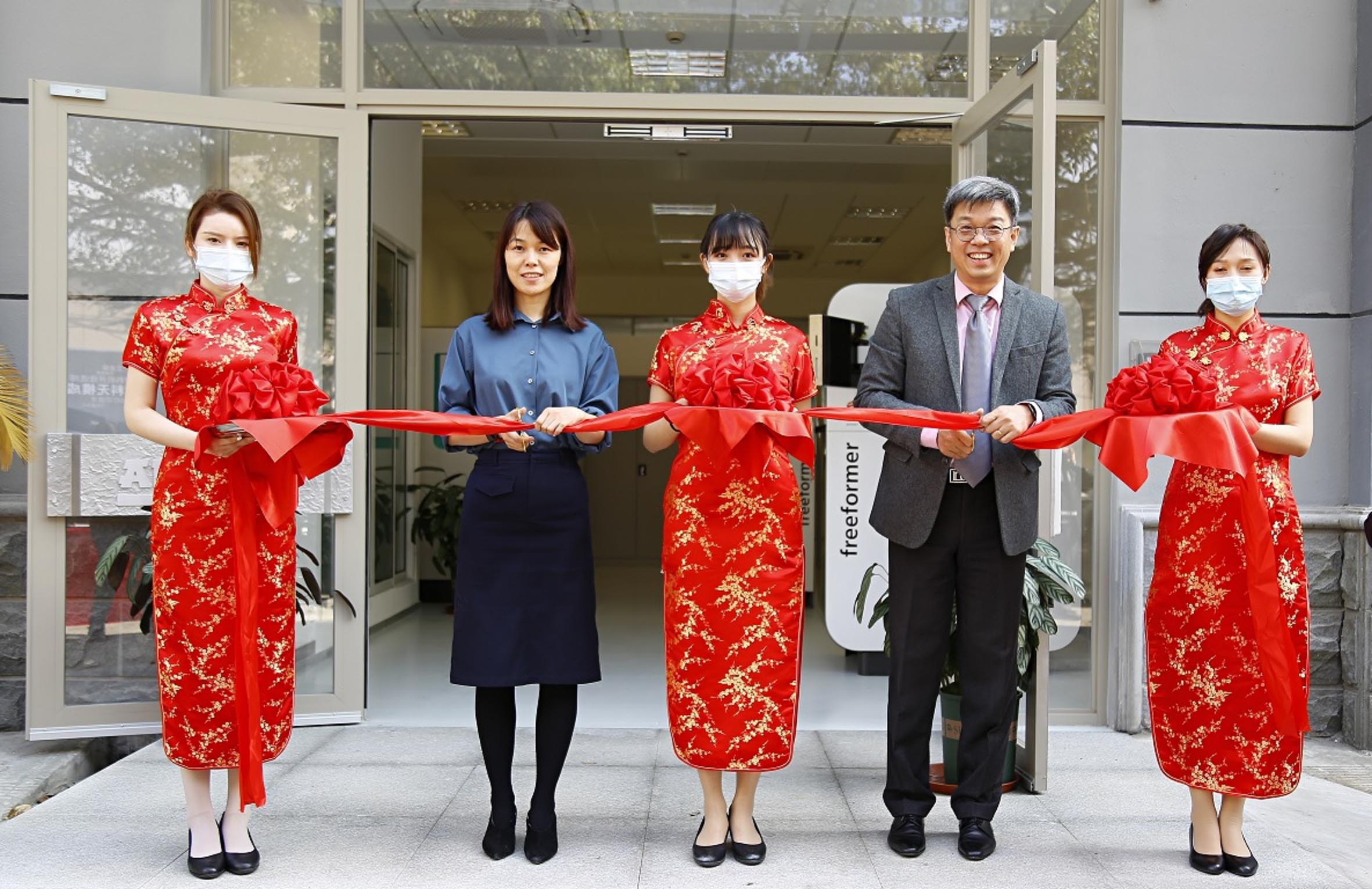 In March 2021, Arburg officially opened its new Arburg Prototyping Center (APC) in Shanghai as part of a medical seminar. The facility means that a dedicated APC is now available in each of the company’s key market regions: Germany, the Americas and Asia. A total of four Freeformers produce benchmark parts using additive methods at the new location in Shanghai. This gives Chinese existing and prospective customers operating in the field of additive manufacturing the chance to see the component quality and performance that Arburg Plastic Freeforming (APF) delivers before they make the decision to purchase a Freeformer.

“In Asia, we are experiencing growing demand for our Freeformer machines in applications that involve additive manufacturing of functional components made from original materials”, says Gerhard Böhm, Managing Director Sales and Service at Arburg. “The new Arburg Prototyping Center in Shanghai is enabling us to expand our AM expertise strategically and respond specifically to the local needs of the Chinese market. Our Arburg China team now has a faster, more focused and highly practical way of helping potential Freeformer customers meet their requirements.”

Benchmark parts for the Chinese market

The Arburg Prototyping Center in China opened its doors in March 2021, operating two 200-3X and 300-3X Freeformers. The company also runs two other APCs: one at its headquarters in Lossburg, Germany, and the other in Rocky Hill, USA. All three locations use a vast array of original materials to produce benchmark parts using additive manufacturing techniques, working round the clock where necessary to meet demand. This allows preliminary trials to be conducted so that potential customers can determine whether Arburg Plastic Freeforming is actually suitable for the desired part, material and application before they commit to a purchase. The four machines in Shanghai are primarily used for processing and assessing materials from Chinese suppliers. Demand from the medical technology and packaging industries is particularly high. To help them become more familiar with the technology, customers and prospective customers are also given the opportunity to participate in Freeformer training courses and work with the machine themselves at the site.

Growth of AM business in Asia

The new Arburg Prototyping Center will initially serve customers from China, but plans are in place to add more machines and staff capacity so that availability can gradually be offered to the whole of Asia. The service team at the Shanghai site also undergo training so that they can keep enhancing their additive manufacturing expertise.