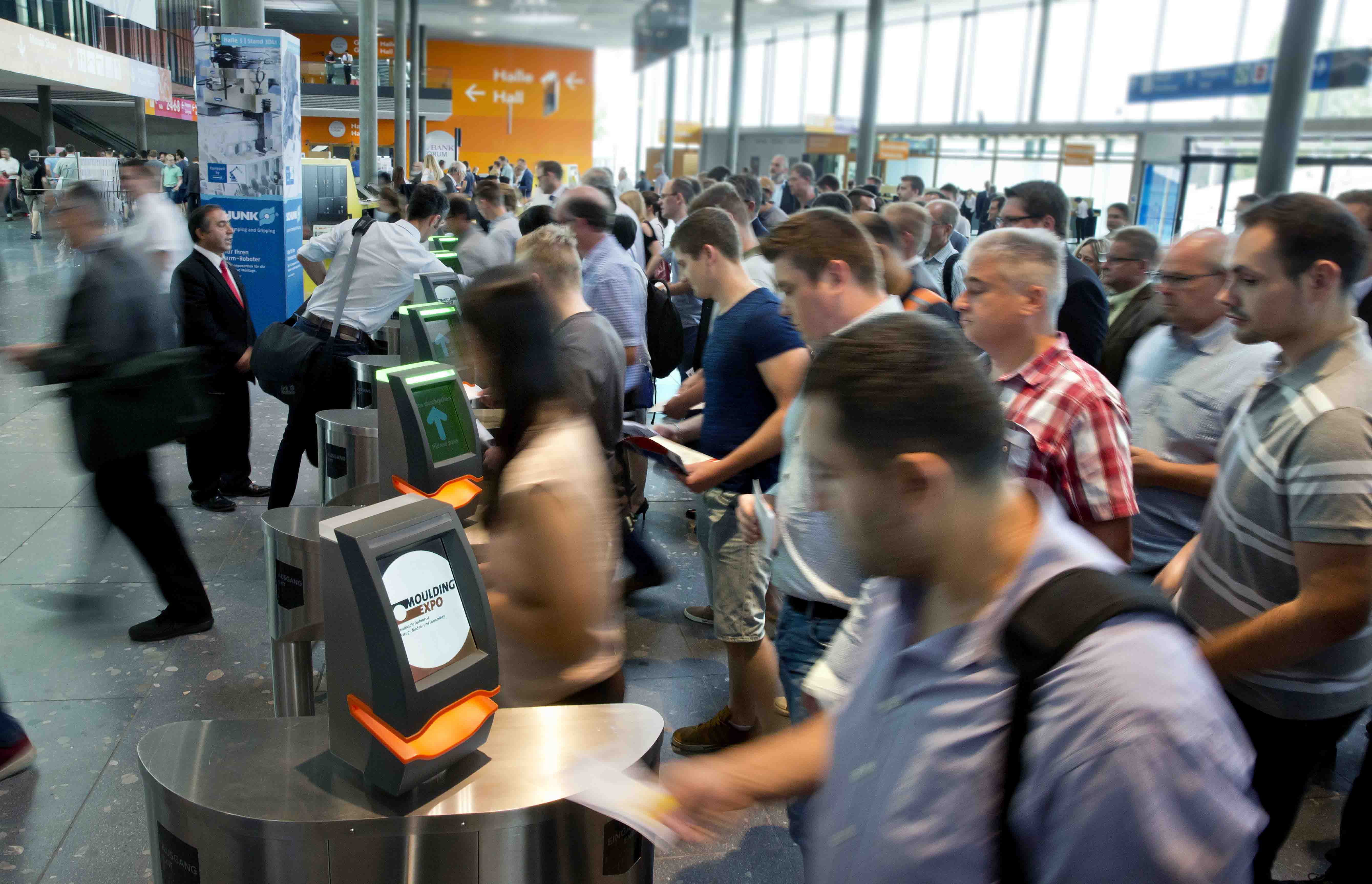 Tool, pattern and mould making companies, as well as their customers and technology suppliers from Germany, Europe and the entire world have a must-attend event in Stuttgart in spring 2019: the industry will meet at MOULDING EXPO, International Trade Fair for Tool, Pattern and Mould Making, from 21 to 24 May 2019. This year, around 700 exhibitors are expected to attend this event in the middle of the strongest industrial region in Europe. Compared with the previous event, the proportion of international exhibitors has now already risen by 5 per cent to a new record figure of 36 per cent. Most of the international exhibitors come from Portugal, Italy and Turkey. 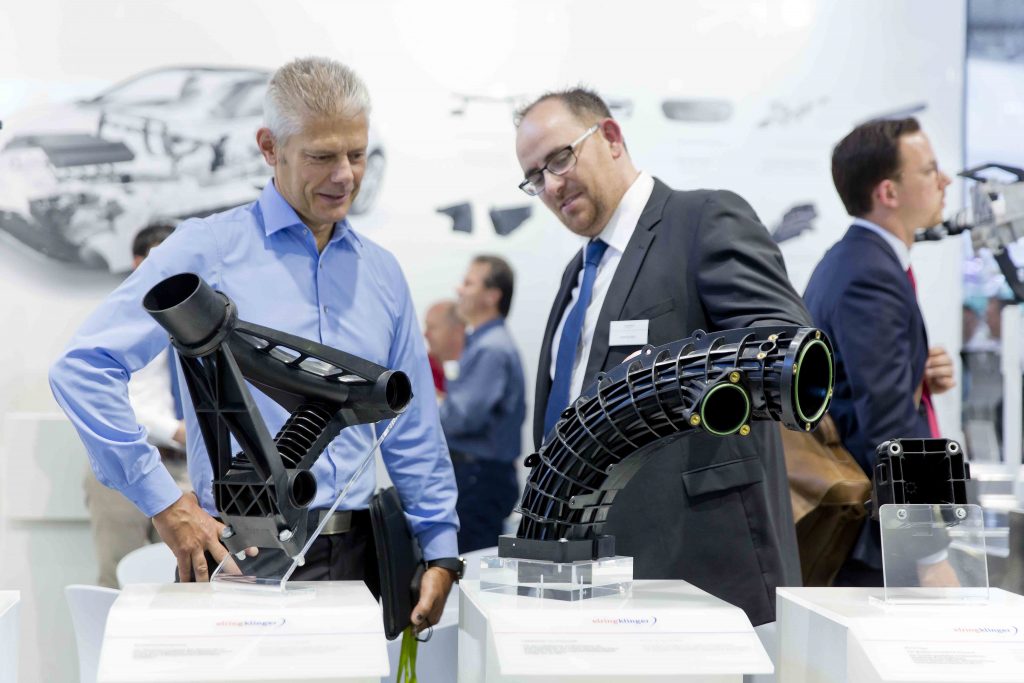 The trade fair created in a joint venture with the four German partner associations – German Association of Model and Mould Manufacturers (BVMF), German Engineering Federation (VDMA), German Machine Tool Builders’ Association (VDW) and Association of German Tool and Mould Makers (VDWF) – has been designed by the industry for the industry. “MOULDING EXPO has now become one of the most important business platforms for the tool, pattern and mould making industry and its suppliers,” said Ulrich Kromer von Baerle, CEO of Landesmesse Stuttgart GmbH. “MOULDING EXPO is the marketplace for mutual exchanges between the players in the industry. In particular, the wide range and expertise of the MOULDING EXPO exhibitors are responsible for the international success of the trade fair. Practically no other trade fair features such a comparably high proportion of tool, pattern and mould making companies. 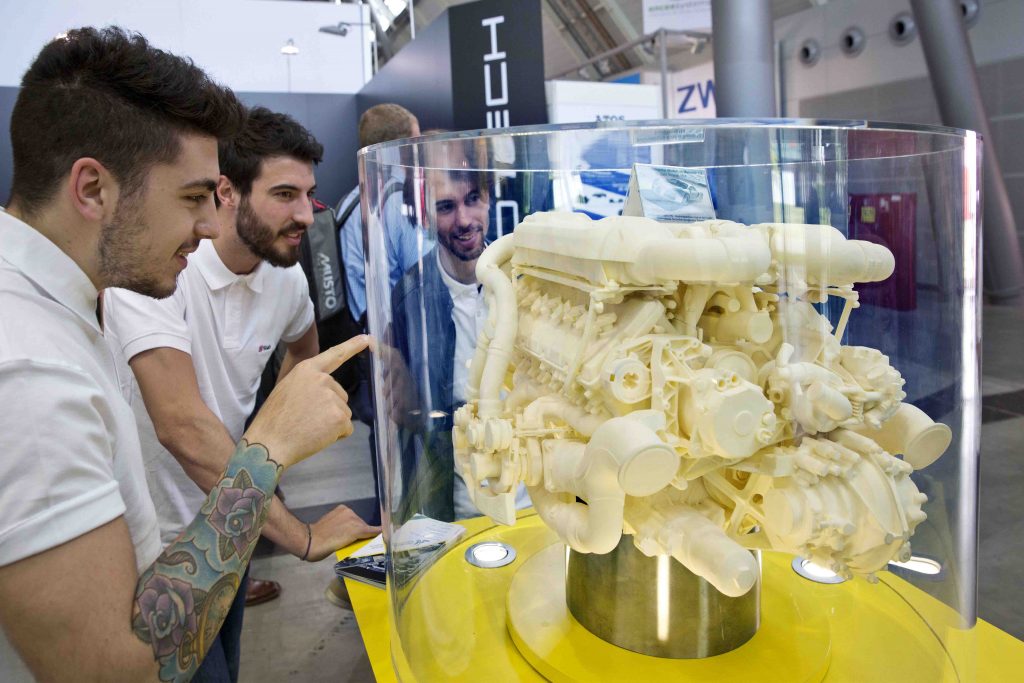 A successful trade fair like MOULDING EXPO brings the right people together so that they can talk to one another, think together and ultimately develop new products, ideas or projects together.“ This industry event offers very high value-added due to the extensive accompanying programme which contains talks, podium discussions, special shows and renowned parallel events such as the Automotive Shows of UKi Media & Events Ltd. The location of the trade fair centre right next door to Stuttgart International Airport and the A8 motorway makes it very easy to attend MOULDING EXPO. 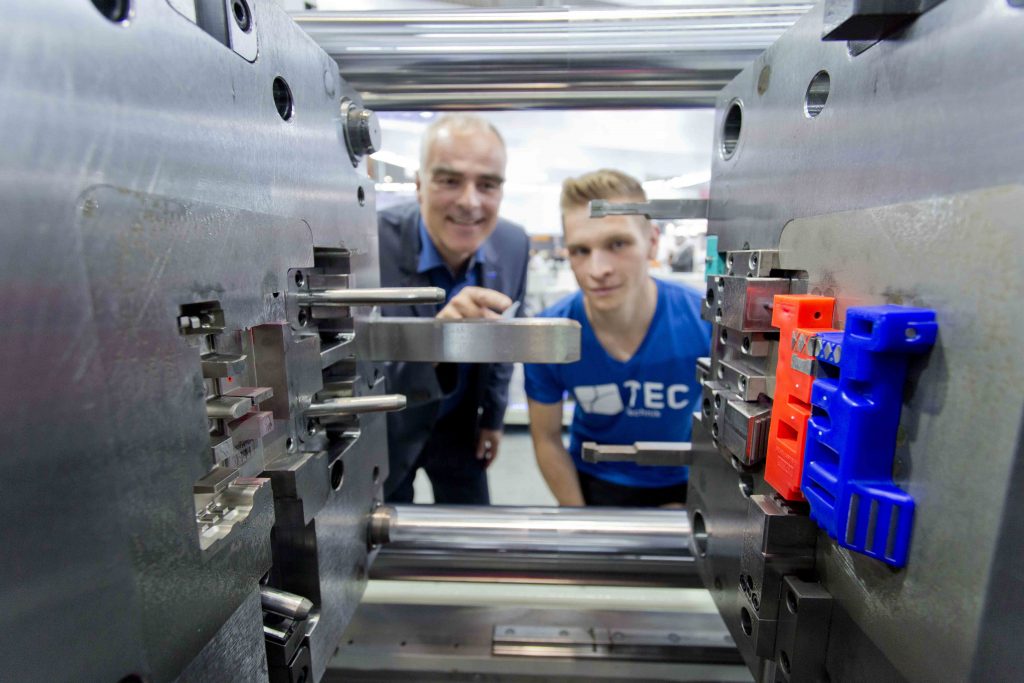 This is also the reason why MOULDING EXPO is no longer a secret tip outside Germany. “The trade fair is the most important industry event for Slovenian tool makers. It is a must-attend event, especially for the injection moulding sector in Europe,” said Dr. Aleš Hančič from Celje. He is the Managing Director of Tecos, the Slovenian Tool and Die Development Centre. 65 firms or 35 per cent of all companies in the industry are represented by Tecos. “Slovenian companies will also naturally attend MOULDING EXPO as exhibitors, for example on the joint stand of Spirit Slovenia with seven participating companies. Anyone not exhibiting will come to the trade fair as a visitor,” said Hančič.

The Slovenes are looking for new customers or partners for long-term cooperation agreements. “Companies in Europe are growing together. Some German tool makers have workpieces manufactured in Slovenia, and others entire moulds. In the last few years tool makers have become more communicative. “We are talking more intensively with one another, also across national borders. MOULDING EXPO is an ideal location in this respect.” Hančič is convinced: “Only if European tool makers exchange information on production processes and their experiences in adapting new technologies or on the market will they be able to compete against low-wage countries.”

Bob Williamson, President of the International Special Tooling and Machining Association (ISTMA), underlined the relevance of Moulding Expo as an international meeting point: “Not only German tool, pattern and mould makers meet here in Stuttgart, but also entrepreneurs from throughout the world. Anyone wanting to enjoy success in the industry must communicate – also with potential competitors on the market.”

Trade fairs such as MOULDING EXPO show the industry the importance of tool, pattern and mould making. “There is no production without our industry! Zero! Well over 60 per cent of potential cost efficiency, irrespective of the product, depend directly on the choice of the right tools and moulds for the production process,” said the South African mechanical engineer and entrepreneur. “Valid means of production are the essential basis for effective industrial production in every national economy. As an international marketplace, MOULDING EXPO is exactly the right platform to obtain information as a buyer, tool maker or pattern manufacturer.“ 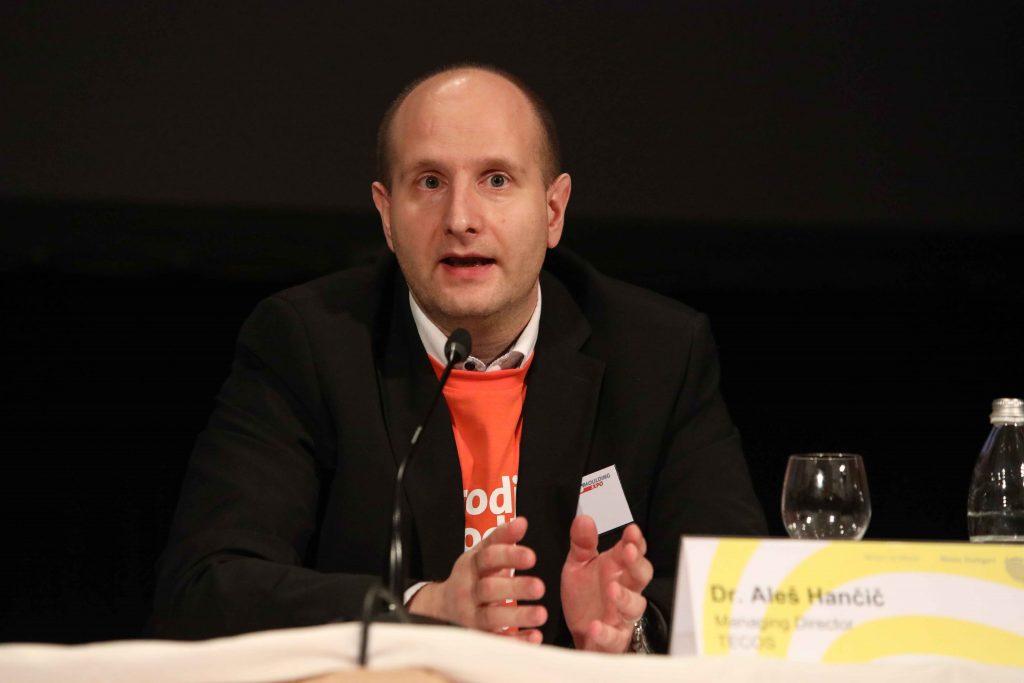 Looking for new partners for long-term cooperation agreements: Dr. Aleš Hančič, Managing Director of Tecos, the Slovenian Tool and Die Development Centre, during MOULDING EXPO with an Association delegation. Around 35 per cent of all Slovenian tool, pattern and mould making companies are organised under the umbrella of Tecos. However, the members also include customers of the tool making industry and scientific institutes. (PICTURE SOURCE: Messe Stuttgart) 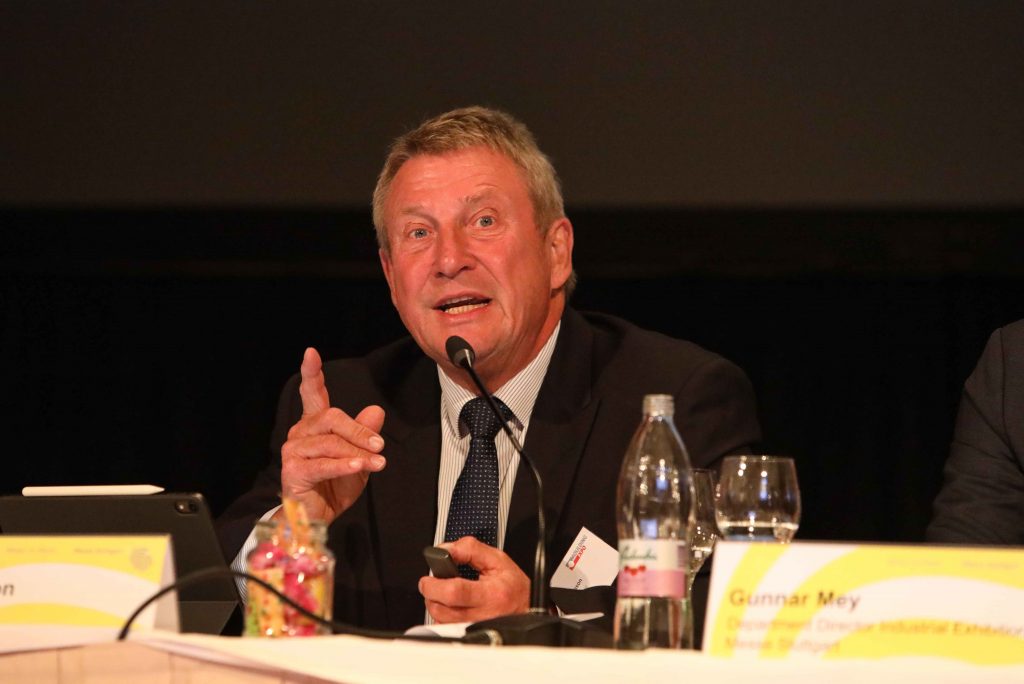 Bob Williamson, President of ISTMA, is very familiar with the tool, pattern and mould making industry: after emigrating in the early 1970s, the British native and naturalised South African mechanical engineer worked for a short time as a plant technician in the automotive industry before starting his tool and mould making career with the development and production of high-tech systems. With a workforce of 150 employees, his company Quad Precision Engineering is one of the leading suppliers of high-precision fixtures and measuring systems both for the South African aviation industry and internationally with narrowest tolerance test gauges for the automotive industry. (PICTURE SOURCE: Messe Stuttgart) 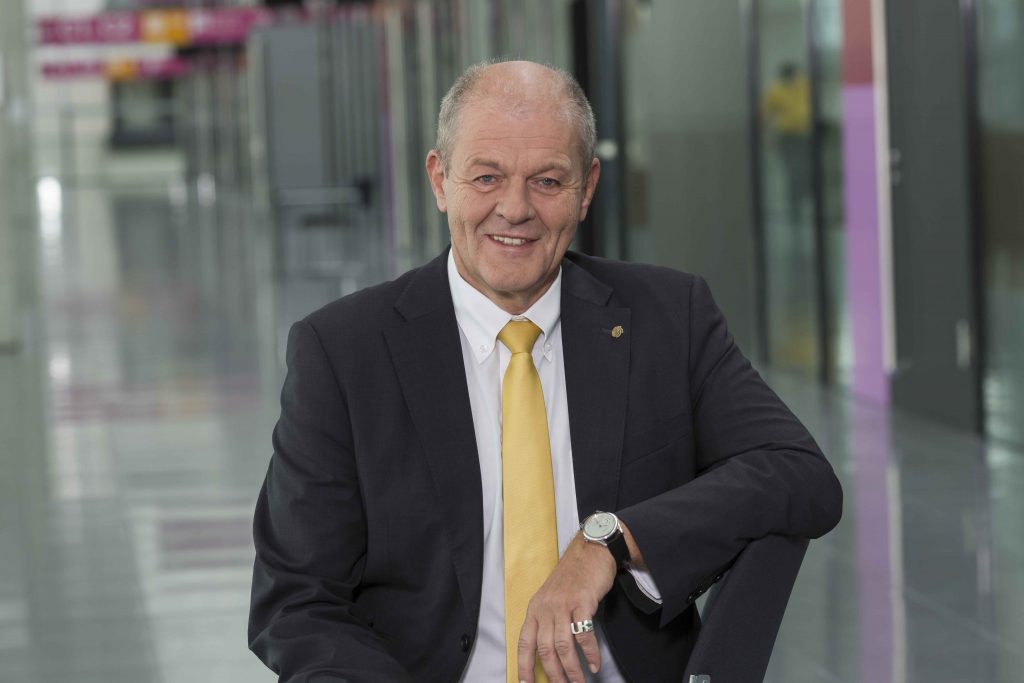 Ulrich Kromer von Baerle, CEO of Landesmesse Stuttgart GmbH, is keen to emphasise how Moulding Expo has already become one of the most important business platforms for the tool, pattern and mould making industry and its suppliers after three editions. Born in Fulda in 1952, the trade fair professional held the position of Managing Director of Blenheim Schweiz AG and Blenheim Int. Deutschland GmbH between 1989 and 1994. Between 1996 and 2001 Ulrich Kromer von Baerle was President of Messe Leipzig before he moved to Messe Stuttgart in the same position in 2001. (PICTURE SOURCE: Messe Stuttgart)

Whether a hidden champion or a large group, the best that the first-class international tool, pattern and mould making industry and its suppliers have to offer will meet for the third time at Moulding Expo from 21 to 24 May 2019.