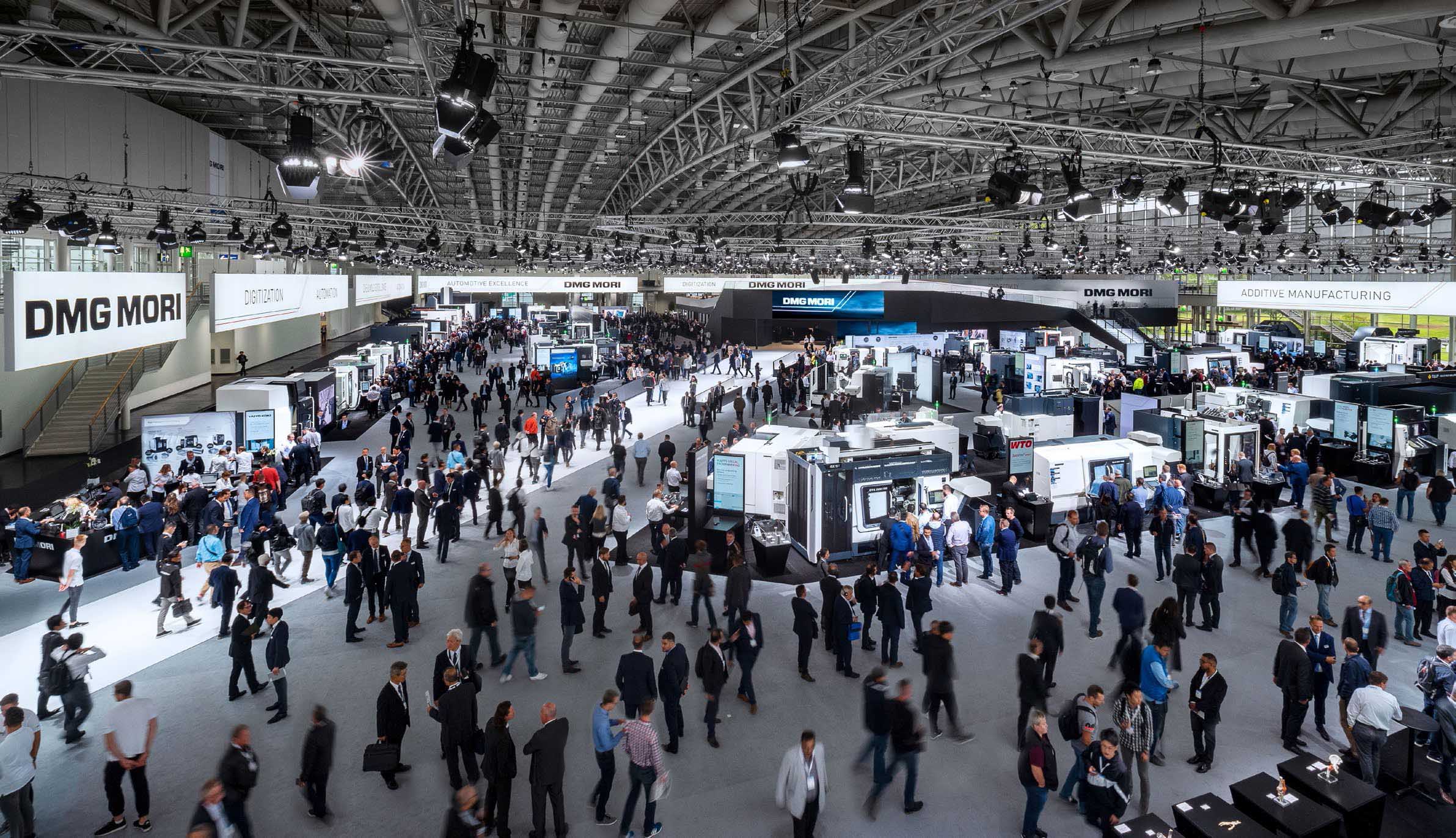 Future fields automation and digitization successfully presented at the EMO

Bielefeld // DMG MORI AKTIENGESELLSCHAFT was able to keep its course in comparison to the industry. While the machine tool industry partly had to suffer significantly higher losses, order intake at DMG MORI in the first nine months reached € 2,008.4 million (-12%) as planned. Sales revenues increased by +2% to € 1,892.6 million. EBIT rose by +8% to € 154.4 million. The EBIT margin improved to 8.2%. Free cash flow of € 115.0 million was at the previous year’s level.

At the EMO Hannover – the worldwide largest machine tool trade fair – DMG MORI showed a firework of innovations on 10,000 m²: 29 automation solutions and 30 digital products. In the area of automation, the new driverless transport system PH-AGV attracted a lot of interest. In the future field of digitization, the manufacturing APPs of the youngest cooperation partner TULIP as well as the artificial intelligence (AI) based software solution of up2parts were – apart from the new customer portal “my DMG MORI“ – special highlights.

Chairman of the Executive Board Christian Thönes: “We are satisfied with the current development. The EMO was a complete success. More important than the change in the markets is the technological change. In these tough times of change, we give orientation to the future – and keep pushing the gas, especially in the future fields of automation, digitization and ADDITIVE MANUFACTURING.” 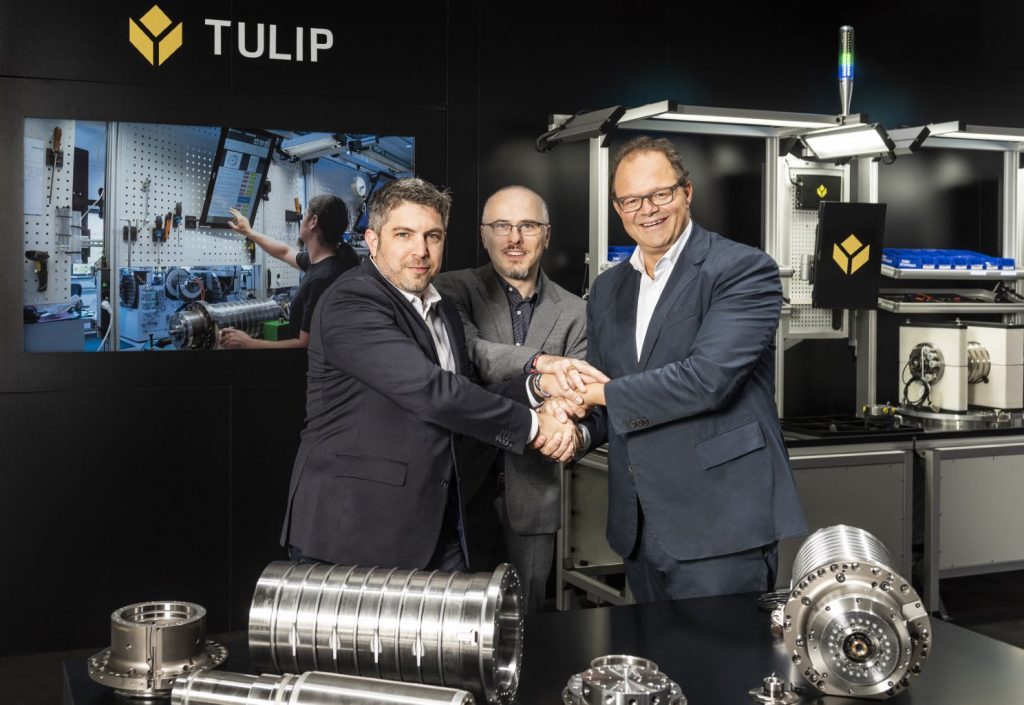 Partnership for agile manufacturing solutions: Christian Thönes (r.), Chairman of the Executive Board of DMG MORI AKTIENGESELLSCHAFT, is looking forward to the new alliance with TULIP CEO Natan Linder (l.) and Co-Founder Rony Kubat. Together, DMG MORI and TULIP simplify digital manufacturing adoption for their customers. 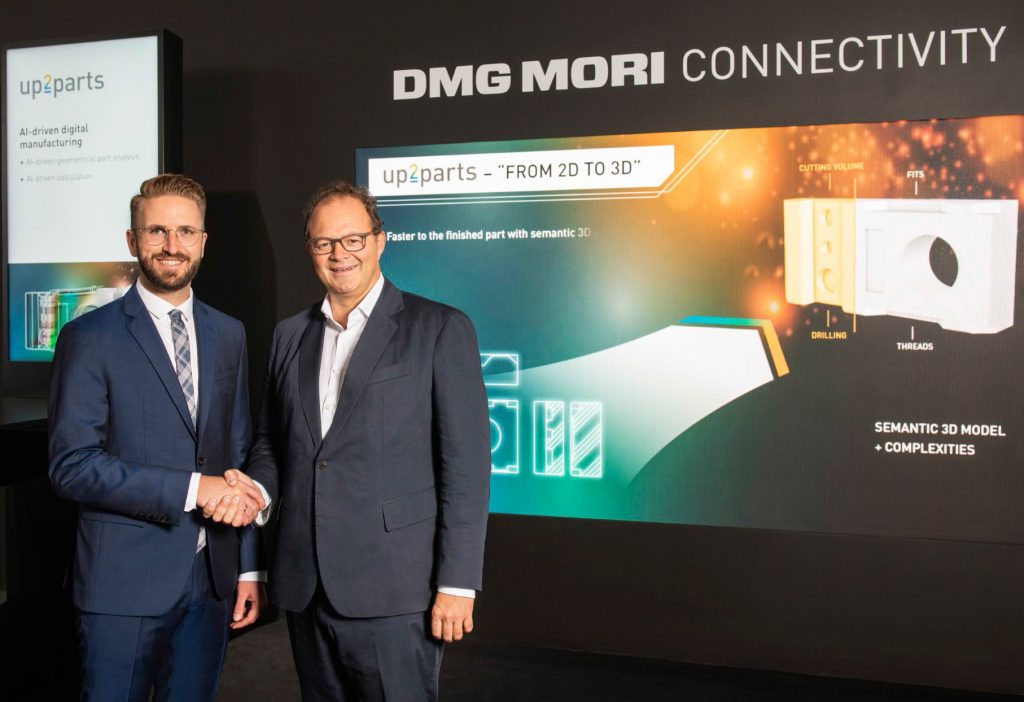 Partnership for digitized manufacturing: Christian Thönes (r.), Chairman of the Executive Board of DMG MORI AKTIENGESELLSCHAFT, and Marco Bauer, Managing Director of BAM GmbH, are looking forward to the cooperation. With the software company up2parts, which emerges from BAM GmbH, manufacturing processes are digitized, unified and professionalized.

Results of Operations, Financial Position and Net Worth // 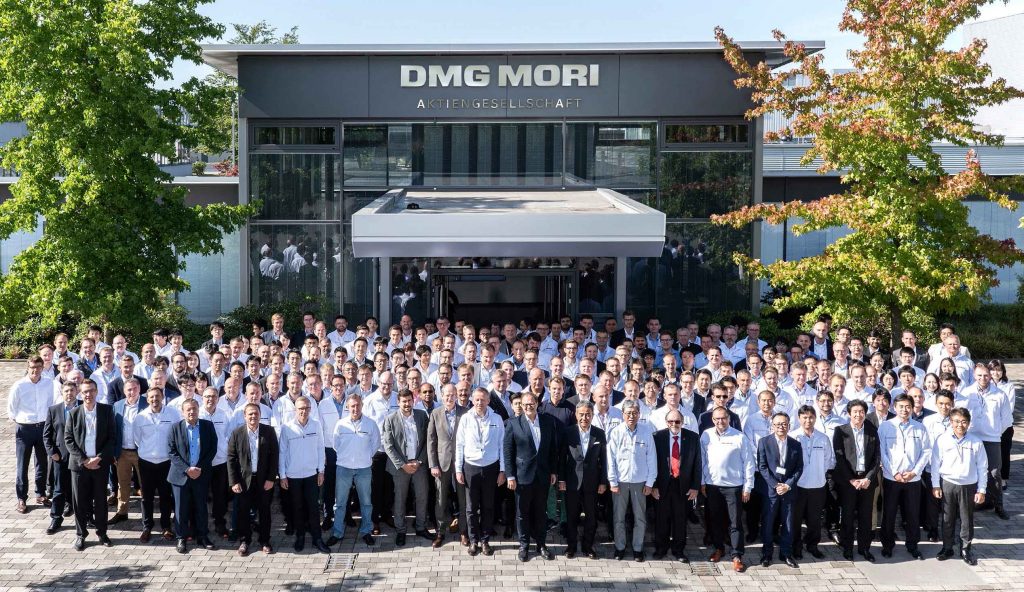 Expenses for research and development in the first nine months amounted to € 41.2 million (previous year: € 42.4 million). At the EMO Hanover, DMG MORI, as largest exhibitor on more than 10,000 m², showed a firework of innovations – especially in the future fields of automation, digitization and ADDITIVE MANUFACTURING.

In the field of automation, DMG MORI introduced the WH-Flex, a modular automation concept for workpiece and pallet handling for up to nine turning or milling machines. The Digital Twin speeds up commissioning by up to 80%. Another highlight was the driverless transport system developed in cooperation with Jungheinrich for the automated handling of workpiece pallets. The PH-AGV 50 can be easily and flexibly expanded and ensures free access to the machine.

For many customers, “my DMG MORI” was the trade fair highlight. With this modern customer portal, we optimize our service processes and set new standards for digital, transparent communication. All users of “my DMG MORI” can easily upgrade to the integrated maintenance platform WERKBLiQ and thus also integrate third-party machines and other objects.

DMG MORI presented more than 30 innovations in the field of digitization, including DMG MORI Connectivity for the secure networking of DMG MORI machines – from EMO on, free of charge, as standard. The CELOS update, for example, allows an update of all existing versions. The new APPLICATION CONNECTOR offers the opportunity to use own applications directly in CELOS. 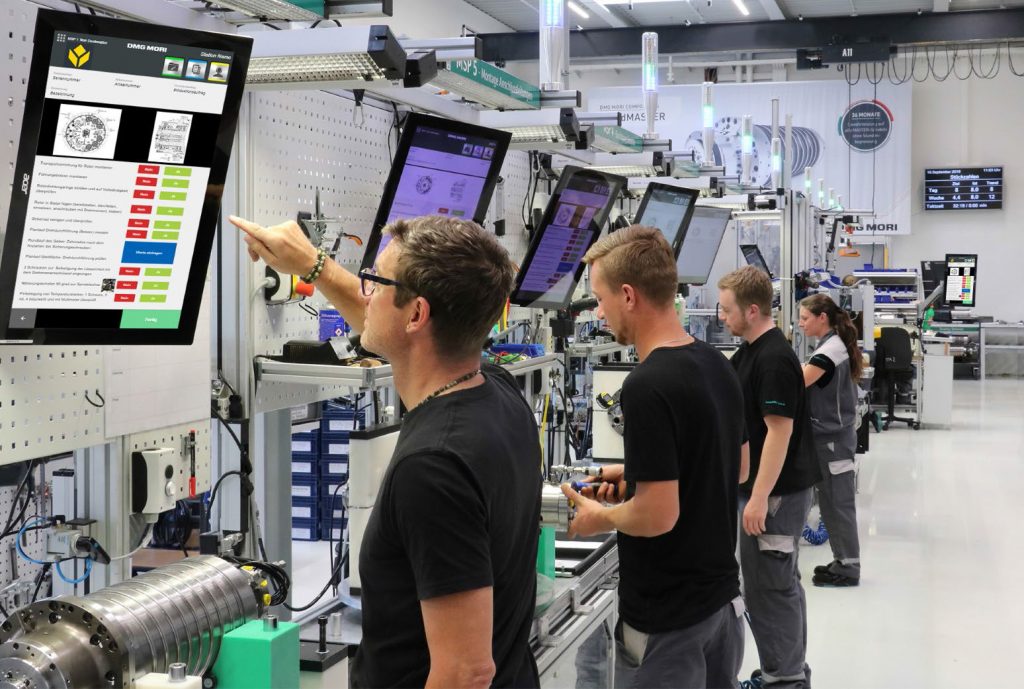 The easy way to digitization: DMG MORI and the US-American software supplier TULIP are simplifying digital manufacturing adoption. With the no-code platform, manufacturing apps can be created efficiently, processes can be digitized and optimized. A working example: the 17 stations in the spindle assembly at DECKEL MAHO in Pfronten.

By the cooperation with the US-American software provider TULIP, we facilitate our customers’ entry into digital production. Manufacturing employees can independently create APPs using drag & drop without programming knowledge, which increase digitization and transparency along the entire process chain. DMG MORI plans to open up important know-how with a strategic stake in the software company up2parts: The AI-based geometric work piece analysis simplifies and accelerates the creation of operation charts and price calculations for individual components.

We are driving forward the future field ADDITIVE MANUFACTURING with integrated innovations. These include the software packages AM Assistant and OPTOMET, the consulting solutions ADDITIVE INTELLIGENCE, the zero-point clamping system for an even more efficient process chain and the DMQP Powder Cycle for the simplest powder procurement.

The overall economic situation is becoming increasingly difficult. The worldwide market for machine tools is expected to continue to lose momentum in 2019. The global economic weakness, the trade conflict between the USA and China as well as the industrial structural change are burdening the business in the mechanical engineering sector. The demand for capital goods is decreasing noticeably. As expected, the Association of German Machine Tool Builders (VDW) and the British economic research institute Oxford Economics have significantly revised down the forecast in their current October publication: worldwide consumption is now expected to fall in 2019 for the first time in three years – by -3.0% to € 71.5 billion (April forecast: +2.3%).

DMG MORI AKTIENGESELLSCHAFT
The Executive Board