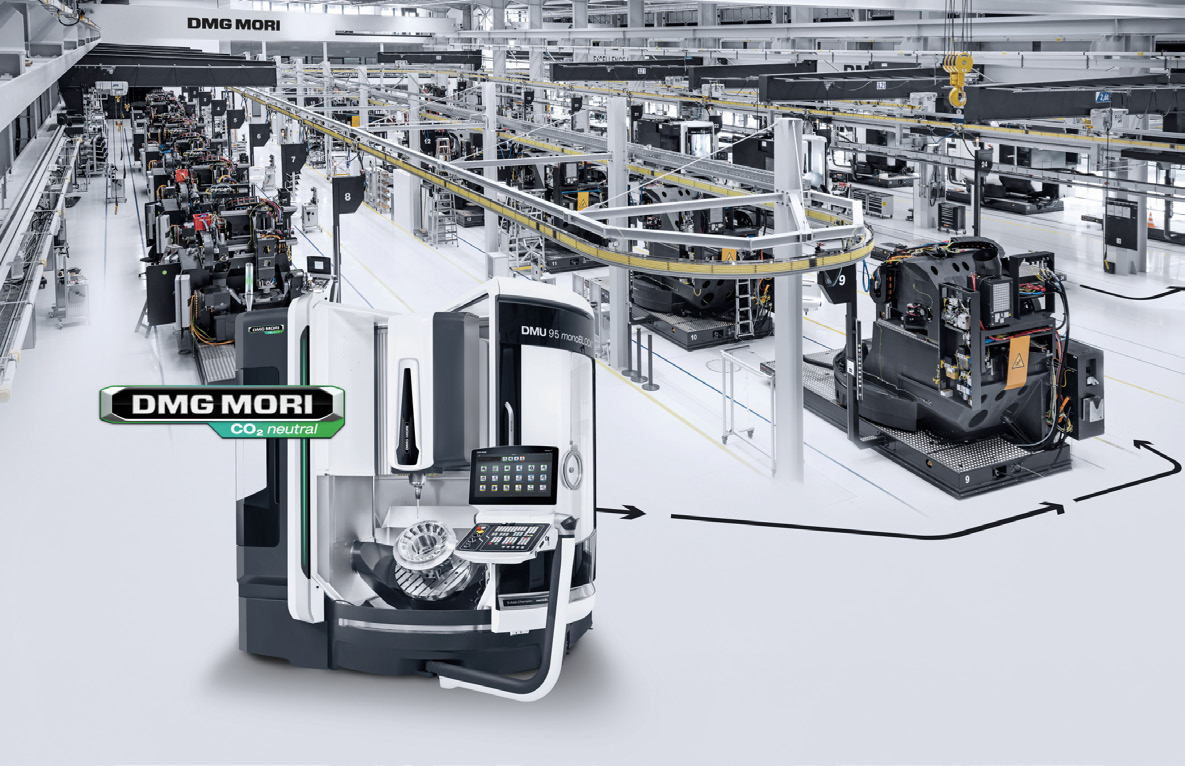 DMG MORI again grows significantly in the first half of 2021

Chairman of the Executive Board Christian Thönes: “The current business development reflects our performance last year: We have come out of the crisis well and, in addition to new production plants in China and Egypt, with PAYZR we are implementing a new digital subscription business model. DMG MORI has become even more innovative, digital and resilient. For 2021, we are confident and raise our forecast again.”
Order intake // Demand continues to rise in almost all industries 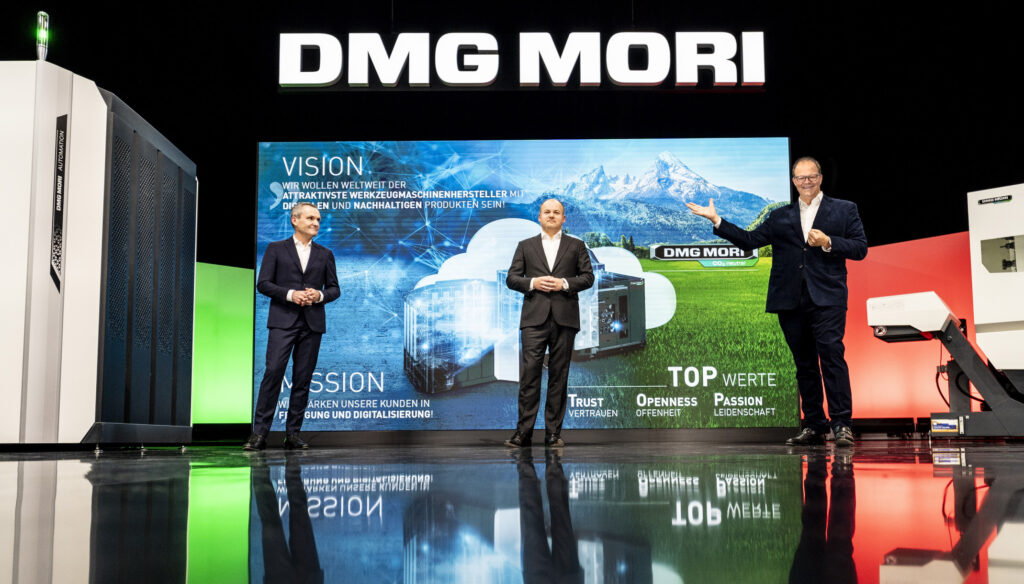 Strong increase in the 2nd quarter: DMG MORI AKTIENGESELLSCHAFT recorded a highly dynamic business development in the 1st half year of 2021. All key figures increased significantly. Chairman of the Executive Board Christian Thönes (right) as well as Executive Board members Björn Biermann (middle) and Michael Horn are looking to the future with confidence and are again raising the forecast for 2021.

High-precision machine tools and technologies from DMG MORI are at the beginning of global value chains. Our 155 different machine models as well as 54 automation solutions are high-tech instruments and a guarantee for progress. In the financial year 2021, we present 46 innovations together with DMG MORI COMPANY LIMITED – including 11 world premieres, 5 automation solutions, 23 digital innovations and 7 new DMG MORI Components. 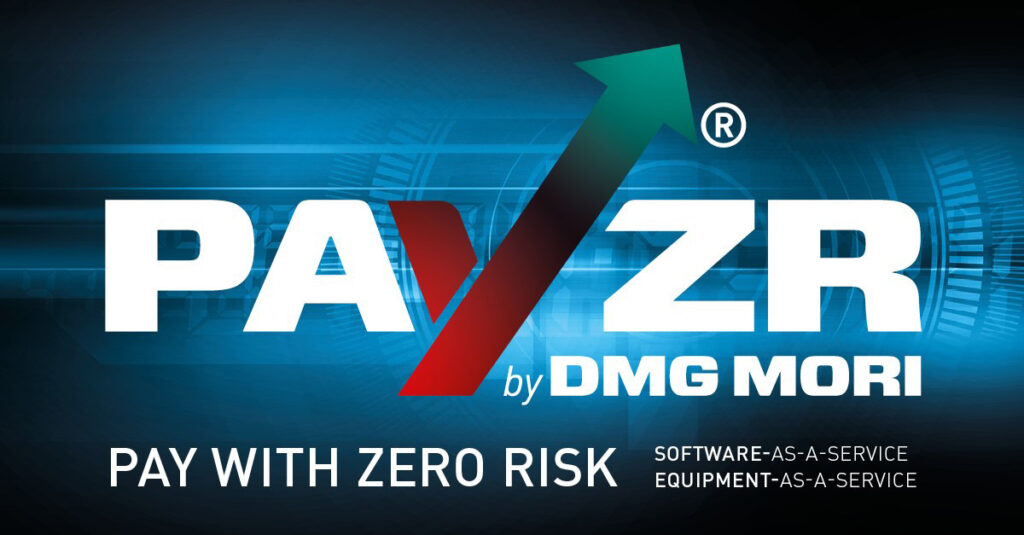 With PAYZR for Equipment-as-a-Service and Software-as-a-Service, we are implementing a new, digital subscription business model. For our customers, this means fast innovation cycles without risk – with maximum flexibility, cost and price transparency and thus maximum planning security. Subscription & All-In instead of investment and purchase. With PAYZR – PAY with Zero Risk – DMG MORI becomes the “Netflix for Manufacturing”. The digital point-of-sale for all PAYZR offers is the new “DMG MORI Store powered by ADAMOS”.

In addition to automation and digitization, the focus remains on sustainability. Already since May 2020 DMG MORI has a CO2-neutral “Company Carbon Footprint”. Since January 2021, DMG MORI has also been one of the first industrial companies to have a climate-neutral “Product Carbon Footprint”. This means that all machines delivered worldwide are completely climate-neutral along the entire value chain – from raw material to delivery.

The overall economy and the global market for machine tools are on the road to recovery. According to the April forecast of the VDW and British economic research institute Oxford Economics, global consumption is expected to increase by +15.2% to € 66.6 billion in 2021. The next association forecast will be published in October. Nevertheless, 2021 remains challenging. Rising raw material prices and transport costs as well as more difficult providing of material within the supply chain are affecting the market recovery.

In short: DMG MORI is well positioned. Our broad machine and automation portfolio is unique in the industry. With our global footprint, far-reaching service offerings and digitization solutions, we provide everything integrated, end-to-end and sustainable from a single source – worldwide!

DMG MORI AKTIENGESELLSCHAFT is a worldwide leading manufacturer of machine tools with sales revenues of more than € 1.8 billion and around 6,700 employees. Together with DMG MORI COMPANY LIMITED, our sales revenues are around € 2.7 billion. Around 12,000 employees work for the “Global One Company”. With 138 sales and service locations – including 15 production plants – we are present worldwide and deliver to more than 100,000 customers from 54 industries in 86 countries.

Our integrated automation and end-to-end digitization solutions enrich the company’s core business with turning and milling machines, Advanced Technologies (Ultrasonic, Lasertec) and Additive Manufacturing. Our modular products allow quick, easy and scalable access to digital manufacturing and integrated digitization along the entire process chain – from planning and preparatory work to production and monitoring to service. Our mission: Empower our customers in manufacturing and digitization.

Our technology excellence is bundled within the main sectors of Aerospace and Automotive as well as Semiconductor, Medical, Die & Mold. The partner program DMG MORI Qualified Products (DMQP) allows us to offer perfectly matched peripheral products from a single source. Our customer-focused services covering the entire life cycle of a machine tool include training, repair, maintenance and spare parts service. The online customer portal “my DMG MORI” digitizes all service processes.