DMG MORI enhances its range of products for its CLX and CMX models with its offer of 3D controllers and new equipment variations at the Open House in Pfronten.
01/03/2018 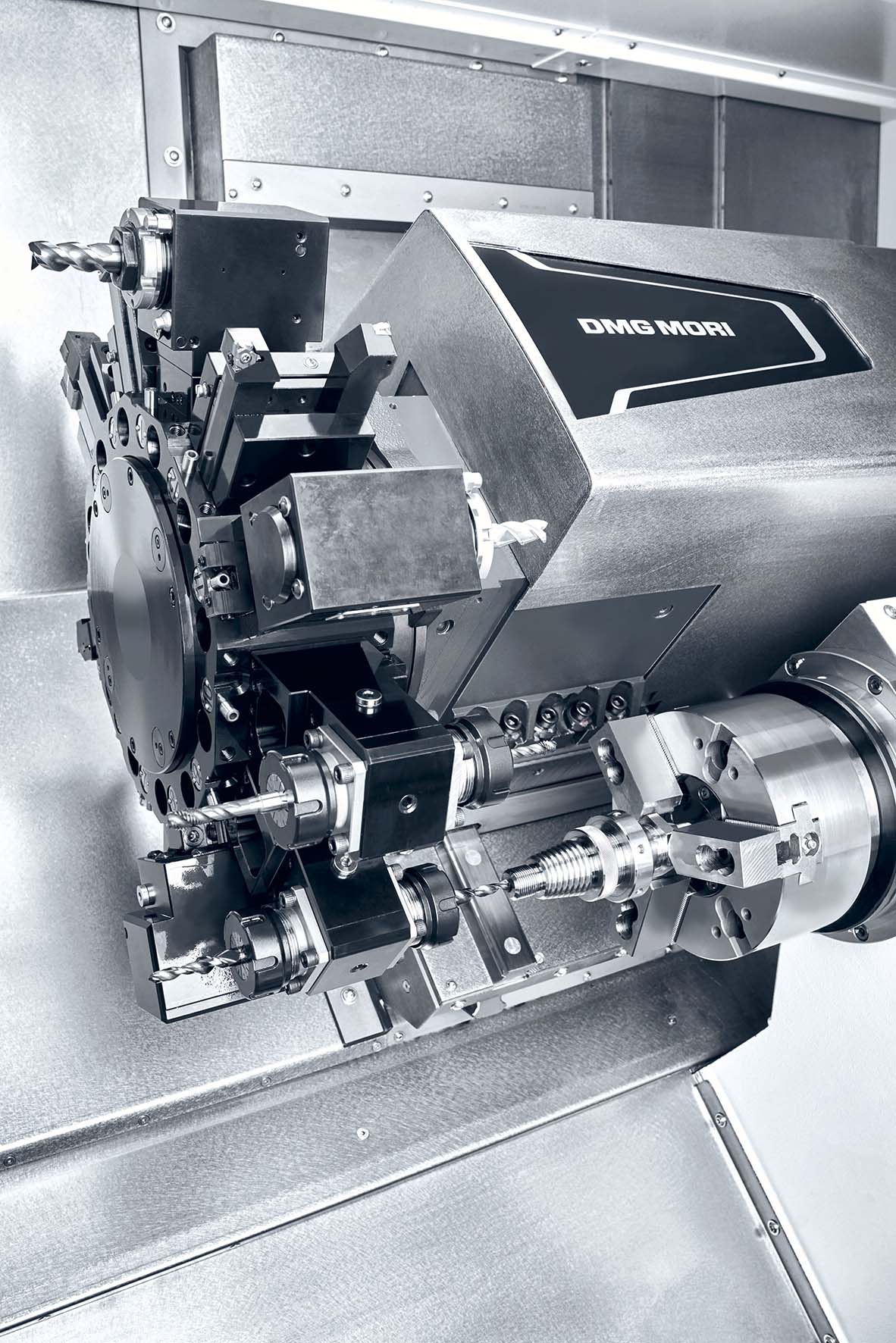 DMG MORI enhances its range of products for its CLX and CMX models with its offer of 3D controllers and new equipment variations at the Open House in Pfronten.

With the launch of the CLX, CMX V and CMX U series at the AMB 2016, DMG MORI now offers a variety of high-performance, attractive universal machines with an extensive range of equipment options that will impress users in numerous industries. Both at the hardware level as well as when it comes to control and software features, DMG MORI continues to further develop the successful models, which are manufactured in Poland and Italy. The latest results include the comprehensive range of 3D controls with solutions from SIEMENS, FANUC and HEIDENHAIN, new development stages in the area of turning centres and intelligent automation solutions in VERTICO design.

The workshop-oriented programming includes state-of-the-art 3D controls as they simplify work processes and make them more efficient. DMG MORI also relies on innovative and operator-friendly control solutions for its universal machines. The CLX turning centres are thus available with the 19″ DMG MORI SLIMline multi-touch control panel and Siemens for intuitive and simple ease of operation. “We are presenting the series with the 15″ DMG MORI SLIMline panel and FANUC for 3D simulation with easy contour verification as new options”, explains Dr. Michael Budt, who, as CSO, is responsible for the Polish FAMOT, the Italian factory GRAZIANO and the Russian factory Ulyanovsk MT. Due to the enormous market demand, the CLX series is also being built in the traditional DMG MORI GRAZIANO plant in Tortona in Italy since mid-2017. In the future, the site will increasingly focus on the development and production of the FANUC controls. GRAZIANO can depend on its extensive experience and history also for the development of integrated automation solutions.

In the milling area, DMG MORI will in the future also set new standards in 3D control with its CMX V and CMX U models with the optionally available HEIDENHAIN multi-touch. The panel, with its 45 degrees swivel range, and the 19″ multi-touch display offers advanced ergonomics and a good overview of the status of the machine. The control supports the operator with fast and easy access to parameters and user data, simplifies the administration and documentation of order and process data and offers the option of efficient data management with DFX Import. A full ASCI keyboard and optimised elements on the touchscreen guarantee easy and reliable operating processes – for example 3D simulation with convenient touch function. Dr. Michael Budt adds: “This means that all CMX Vs and CMX Us are fitted with the very latest and intuitive multi-touch control as standard, which is a unique feature in this form. In addition to a wide range of control features, software support with numerous DMG MORI Technology Cycles is also available for the CLX, CMX V und CMX U series. The alternating speed for prevention of vibrations by means of speed adaptation or Easy Tool Monitoring, which prevents damage due to tool breakage or tool overload, are only two examples for the CLX series. DMG MORI also offers Technology Cycles for the CMX V and CMX U, which contribute to ensuring that machining processes are even more efficient.

Diversity of features thanks to new expansion options

DMG MORI has also increased the diversity of features in the area of turning centres. The CLX 350 is – also like the CLX 450 and CLX 550 – now also available as V4 with Y-axis. It enables off-centre machining for all three models with 120 mm travel paths. In addition there is also the V6 version with counter spindle for 6-axis complete machining. The CLX 550 has already been available in all expansion options since the EMO 2017. Thanks to the high degree of modularity, the CLX turning centre is the ideal solution for many different branches – including the automotive industry or general machinery and plant engineering. The increasing order situation in this segment has confirmed DMG MORI’s strategy of continuously developing the CLX and CMX series. Gantry loader also for the CLX 350

Following on from DMG MORI presenting the CLX 450 with gantry loader at the last EMO, the machine tool manufacturer will now also present the CLX 350 with this automation solution in Pfronten. The automation solution in the new VERTICO design manages tool weights up to 6 kg and the tool process can be individually planned for all CLX turning machines by FAMOT’s engineering department. Moreover, the GX 6 has been further optimised in the area of handling workpieces through additional grips and new options. DMG MORI has relied on the proven PH 150, a palette handling system for the CMX V und CMX U series. Both automation solutions are fully integrated into the DMG MORI machines, perfectly adapted to them, and appear in the new VERTIGO design from DMG MORI.