Christian Thönes, Chairman of the Executive Board: “DMG MORI convinces with stable growth – and that with new challenges every day, such as material, logistics and delivery shortages. Our strategic fit of automation, digitization and sustainability is a complete success. This is also reflected in our key figures. The EBIT margin improved to 8.0% in the third quarter and free cash flow reached a record level as of September. We are therefore raising our forecasts for 2021 again.” 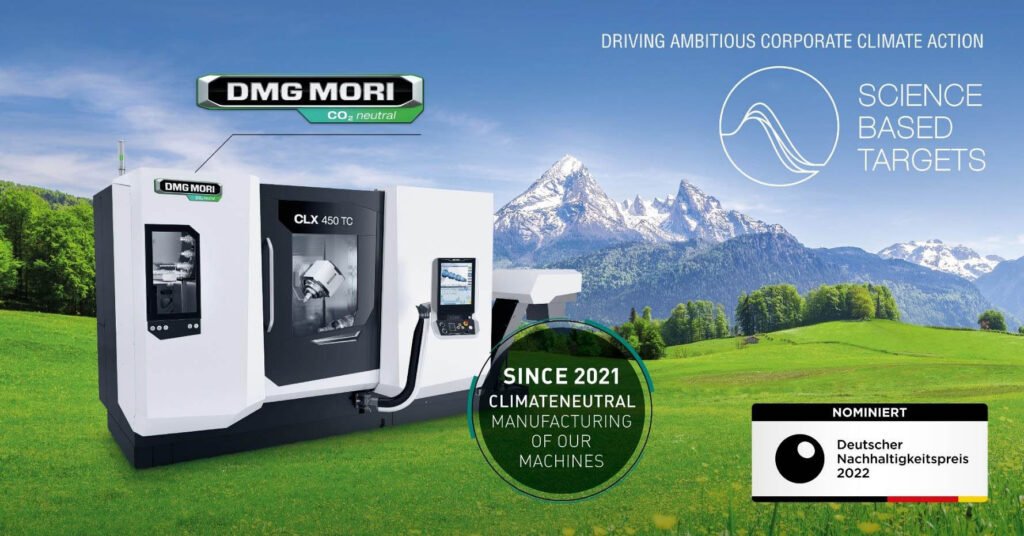 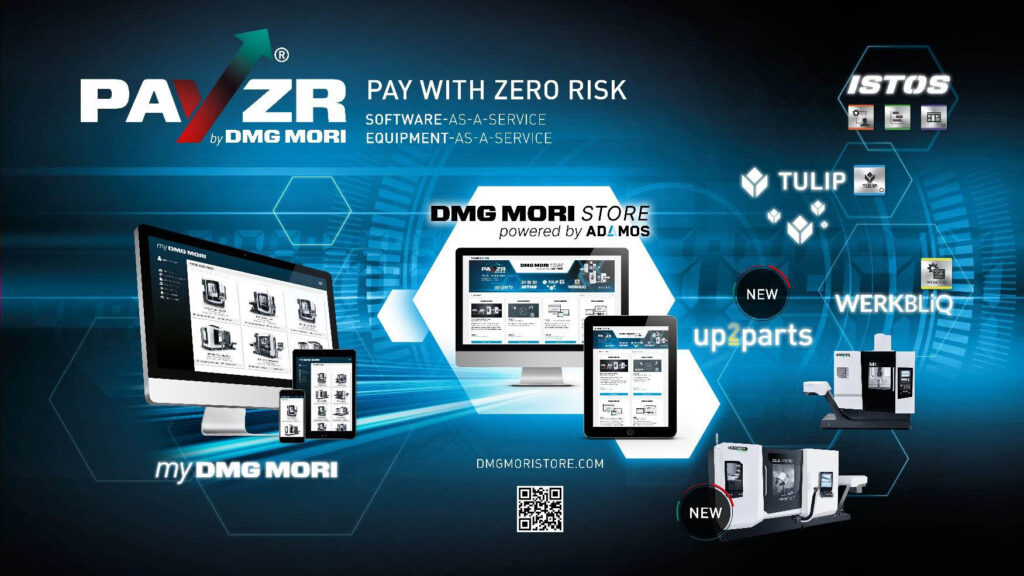 On 30 September 2021, the order backlog amounted to € 1,256.1 million (31 Dec. 2020: € 852.2 million) – a calculated production capacity of an average of seven months. We are countering the resulting longer delivery times with focused measures such as the expansion and optimization of assembly and production capacities.

In the financial year 2021 we present 42 innovations together with DMG MORI COMPANY LIMITED – including 10 world premieres, 3 automation solutions, 23 digital innovations and 6 new DMG MORI Components. At the “Global Development Summit” in October, around 300 international experts came together digitally to develop and push forward future ideas for networked solutions of machine, automation, digitization and sustainability.

In the run-up to EMO in Milan, DMG MORI presented a total of 25 completely climate-neutral high-tech machines at a pre-EMO show at DECKEL MAHO Pfronten – live on site and also digitally. The focus was on automation with more than 10 holistic solutions for workpiece and pallet handling with cell controller technology as well as the driverless transport system TH-AGV for autonomous tool transport between machines and the central tool magazine. A highlight in the field of digitization was the new subscription business model PAYZR. With “PAY with Zero Risk”, customers benefit from fast innovation cycles without risk – with maximum flexibility, cost and price transparency and thus maximum planning reliability. The PAYZR offer is continuously being expanded, as most recently with the CLX 450 TC turn-mill machining center for Equipment-as-a-Service or with up2parts for Software-as-a-Service.

Sustainability with a holistic approach belongs to DMG MORI’s DNA. Both our “Company Carbon Footprint” and “Product Carbon Footprint” are already climate-neutral today. From raw material to delivery, all machines delivered worldwide are climate neutral – including the new, modular and flexible production lathe NZ QUATTRO. This is unique in the industry. Out of more than 1,000 applicants, DMG MORI is one of the TOP 17 companies nominated in the area of climate protection for Europe’s largest sustainability award. Since September, DMG MORI has also been a certified member of the “Science Based Targets” initiative, whose goal is to limit global warming to a maximum of 1.5°C.

The overall economy and the global market for machine tools are on the road to recovery. According to the October forecast of the VDW and British economic research institute Oxford Economics, the global machine tool consumption is expected to increase by +14.1% to € 67.1 billion in 2021. This development is increasingly being influenced by rising raw material prices, material and delivery shortages.

DMG MORI is well positioned and continues to align itself future-proof. We came out of the crisis well and are more innovative, digital and resilient than ever. Holistic sustainability in machine tool manufacturing from raw material to delivery as well as a unique future architecture for networked solutions of machine, automation, digitization and sustainability – with this, DMG MORI is setting new standards. We are expanding our global presence with new production plants in China and Egypt.

DMG MORI AKTIENGESELLSCHAFT – The Executive Board

DMG MORI AKTIENGESELLSCHAFT is a worldwide leading manufacturer of machine tools with sales revenues of more than € 1.8 billion and around 6,700 employees. Together with DMG MORI COMPANY LIMITED, our sales revenues are around € 2.7 billion. Around 12,000 employees work for the “Global One Company”. With 138 sales and service locations – including 15 production plants – we are present worldwide and deliver to more than 100,000 customers from 54 industries in 86 countries.

Our integrated automation and end-to-end digitization solutions enrich the company’s core business with turning and milling machines, Advanced Technologies (Ultrasonic, Lasertec) and Additive Manufacturing. Our modular products allow quick, easy and scalable access to digital manufacturing and integrated digitization along the entire process chain – from planning and preparatory work to production and monitoring to service. Our mission: Empower our customers in manufacturing and digitization.

Our technology excellence is bundled within the main sectors of Aerospace and Automotive as well as Semiconductor, Medical, Die & Mold. The partner program DMG MORI Qualified Products (DMQP) allows us to offer perfectly matched peripheral products from a single source. Our customer-focused services covering the entire life cycle of a machine tool include training, repair, maintenance and spare parts service. The online customer portal “my DMG MORI” digitizes all service processes.

This press release contains forward-looking statements, which are based on current estimates of the management regarding future developments. Such statements are based on the management’s current expectations and specific assumptions. They are subject to risks, uncertainties and other factors, as well as to the effects of the corona crisis, that could cause the actual circumstances including the results of operations, financial position and net worth of DMG MORI AKTIENGESELLSCHAFT to differ materially from or be more negative than those expressly or implicitly assumed or described in these statements. The business activities of DMG MORI AKTIENGESELLSCHAFT are subject to a range of risks and uncertainties, which may likewise render a forward-looking statement, estimate or forecast inaccurate. Should one of these factors of uncertainty or other unforeseeable event occur, or should the assumptions on which these statements are based prove incorrect, the actual results may differ materially from the results expressed, expected, anticipated, intended, planned, aimed at, estimated, projected or implied in these statements. Forward-looking statements must not be understood as a guarantee or assurance of the future developments or events contained therein.
* * *
There are two companies using the name “DMG MORI”: DMG MORI AKTIENGESELL-SCHAFT with registered office in Bielefeld, Germany, and DMG MORI COMPANY LIMITED with registered office in Nara, Japan. DMG MORI AKTIENGESELLSCHAFT is (indirectly) controlled by DMG MORI COMPANY LIMITED. This release refers exclusively to DMG MORI AKTIENGESELLSCHAFT. If reference is made in this release to “DMG MORI“, this refers exclusively to DMG MORI AKTIENGESELLSCHAFT and its controlled companies within the meaning of Section 17 of the German Stock Corporation Act (Aktiengesetz – AktG). If reference is made to “Global One Company”, this refers to the joint activities of DMG MORI COMPANY LIMITED and DMG MORI AKTIENGESELL-SCHAFT including all subsidiary companies.