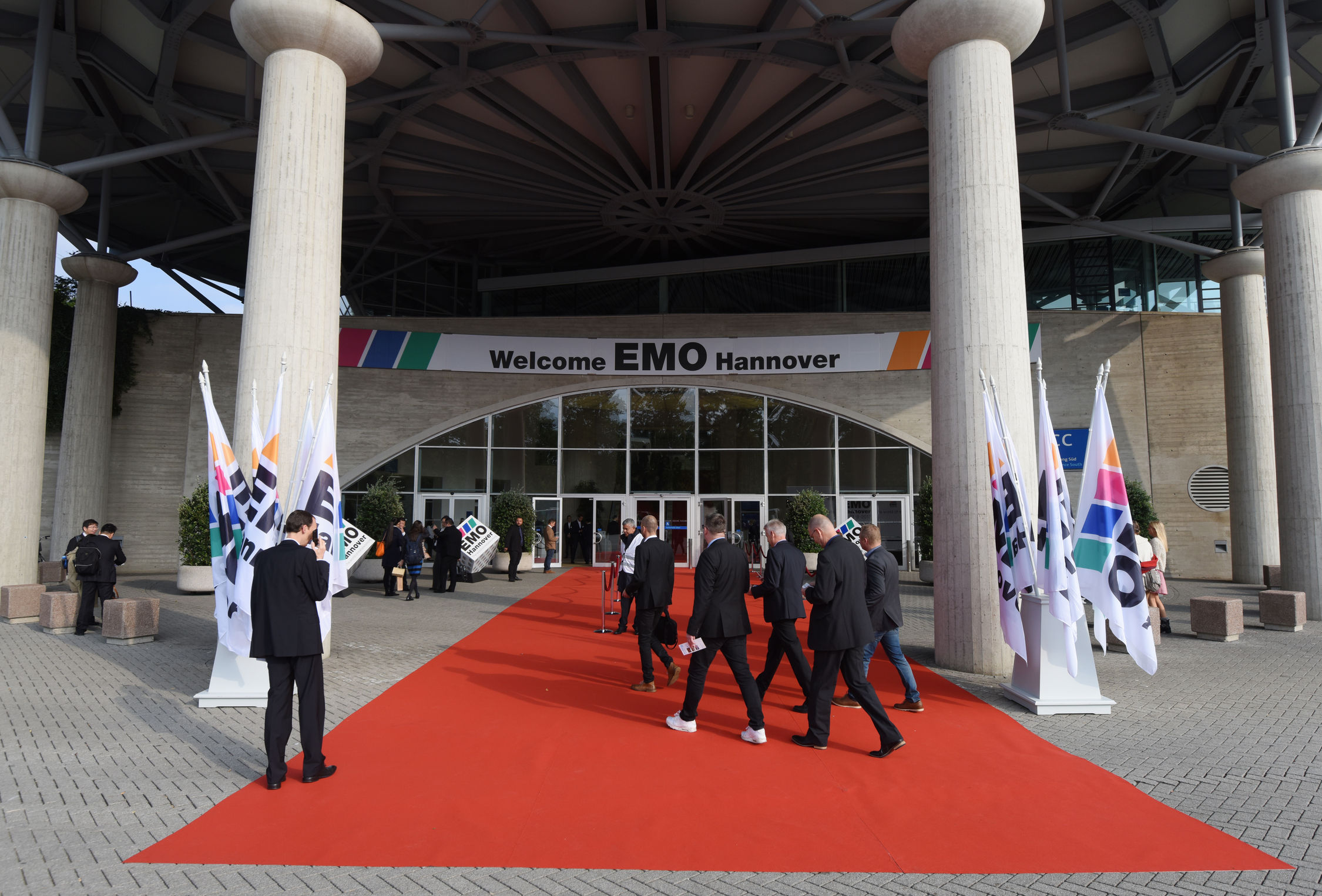 EMO sets the pace for the future of manufacturing

Hannover, 23 September 2017. – A veritable hotbed for business success; a fantastic window onto the global market; a pacesetter for the future of manufacturing − those are just a few of the ways in which participating exhibitors have described the outcome of EMO Hannover 2017. After six action-packed days, more than 2,200 international manufacturers of production technology are leaving Hannover on Saturday (today) with full order books, in a highly optimistic frame of mind.

“More business, more international drawing power and more innovations: EMO has once again lived up to its reputation as the leading global tradeshow for the world of metalworking,” remarked Carl Martin Welcker, General Commissioner for EMO Hannover 2017, adding that it was also the definitive exhibition for machine tool makers worldwide and a pacesetter for the future of production technology. Welcker also pointed out that EMO had had a major impact on business activity, quoting a survey in which EMO visitors indicated their intent to invest a total of over 20 billion euros in production technology over the course of the next 24 months. Deals worth 8 billion euros were sealed during the one-week event. The Aalen-based SHW Werkzeugmaschinen company, for instance, sold several machines all at once. “In addition to these unexpected sales, trade visitors came to us armed with tangible projects, some of them even going so far as to specify the actual dimensions of the machines required. Dozens of such customers came from China, alone,” reported Managing Director Anton Müller. EMO slogan fully reflects the vibe of the times

The show’s chosen motto of Connecting systems for intelligent production proved to be right on the mark, effectively pulling in the crowds, especially from abroad. In this spirit, most exhibitors were − many for the first time in such grand style – touting connectivity solutions, data analysis applications and innovative services. The emphasis was on systems capable of interconnecting multiple partners, cloud-based machine monitoring solutions, simulation software, augmented reality for machine maintenance, blockchain technology for secure data transfer, new business models and much more. Christian Thönes, Chairman of the Executive Board of DMG Mori Aktienge-sellschaft based in Bielefeld, Germany, echoed the statements of many other exhibitors in saying: “The keynote theme of this year’s EMO Hannover gave us the ideal backdrop against which to present market-ready products for digital manufacturing.” On a similar note, EMO’s General Commissioner Martin Welcker added: “This was exactly what our tradeshow visitors were looking for. The machine tool industry demonstrated that its high-tech offerings are in perfect alignment with the latest market requirements.” Foreign industry professionals were particularly keen on attending to EMO Hannover to get a grip on the future of manufacturing. More than half of the show’s total of approx. 130,000 attendees came from abroad, with 70 percent of these foreign visitors originating from European countries. Attendance from Asia, in particular, was found to have risen sharply. “Foreign visitors were keenly interested in seeing how the market leaders are leveraging digitization to benefit the various process chains. They were also eager to see how new business models are growing up out of all the harvested data,” explained Welcker. Alongside digitization and connectivity, additive manufacturing was also very high on the agenda for a great many EMO visitors. Mirroring the interests of a fifth of the show’s attendees, Dr. Alexander Krupp, Application Engineer at Multiphoton Optics GmbH based in Würzburg, Germany, said: “As an applications engineer in a firm that produces 3D printers for high-precision parts manufacturing, my main reason for attending EMO Hannover 2017 was to see what is happening in the additive manufacturing sector, and get to know the new technologies. I need to assess the current state of the art, and for the world of metalworking, there is no better place to do this than at EMO Hannover.”

Overseas exhibitors clearly see EMO Hannover as a stepping stone to international markets. Jens Thing, Managing Director Europe at Haas Automation’s Belgian subsidiary, described EMO as “a fantastic window on the international market. Here you can meet visitors from all over the world. For doing international business, there is simply no alternative to EMO.” The increasing global drawing power of EMO was matched by the decision-making caliber of its attendees. Many exhibitors enthusiastically spoke of the in-depth, high-caliber nature of the talks in which they engaged with customers and prospects from around the world. “We had more than 400 inquiries by day two of the show, and this trend has continued very nicely,” commented Norbert
Teeuwen, President and COO at Okuma Europe GmbH (the European subsidiary of Okuma Corporation, Japan), adding: “In comparison with recent fairs, we were delighted – even a bit surprised – to see a much higher number of conversations turning into firm orders. Customers from Central and Western Europe have less of a tendency to order directly at the fair, but we had visitors from Eastern EU countries or the Russian-speaking part of the world, for example, approaching us with some very specific requests, which was highly satisfying.” According to the EMO visitor survey, nearly 60 percent of the show’s attendees were of managerial status, while more than half were found to play a decisive role in their organizations’ purchasing decisions.

EMO also highly valued as a hub for dialogue and networking

The show’s supporting program provided even more insight into today’s – and tomorrow’s – manufacturing technology trends. A rich array of conferences, seminars and special displays put the spotlight on key topics like industry 4.0, future production scenarios, additive manufacturing, intelligent tools, machine safety, training for factory workers and promising markets from India to the U.S. and Mexico, and everywhere in between. The supporting program was a major magnet for anyone keen on grasping and gearing up for tomorrow’s realities.

Thanks to its winning exhibitor lineup, attractive supporting program and – last but not least – upbeat spirit, EMO Hannover 2017 also proved to be unsurpassed as a hub for dialogue and networking. In the words of Dr. Wolfgang Heuring, CEO of the Motion Control Business Unit at Siemens AG in Erlangen, Germany: “EMO Hannover 2017 has once again lived up to its reputation as the leading global marketplace for anything and everything to do with machine tools. For Siemens, this is the ideal hub for dialogue with our customers from all over the world.” A big bang, right from the start

After four years of waiting for the gates to open on the next EMO Hannover, expectations were running high. The event got off to a special start with none other than German President Frank-Walter Steinmeier taking part in the opening-day festivities. President Steinmeier’s guided tour around the complex included a stop at Haimer – a company based in Igenhausen, Germany. “This year’s event started off with a bang when German President Frank-Walter Steinmeier stopped by our stand − a truly momentous occasion that motivated all of us to make EMO Hannover 2017 the best trade fair in the 40-year history of our company,” said a delighted Andreas Haimer, the group’s CEO.

The entire industry is already looking forward to another promising edition of EMO in the year 2019. “The themes of digitization and connectivity will still be high on the agenda in two years’ time,” reported General Commissioner Welcker. “And by then we will have an even better grasp of what lies ahead.”