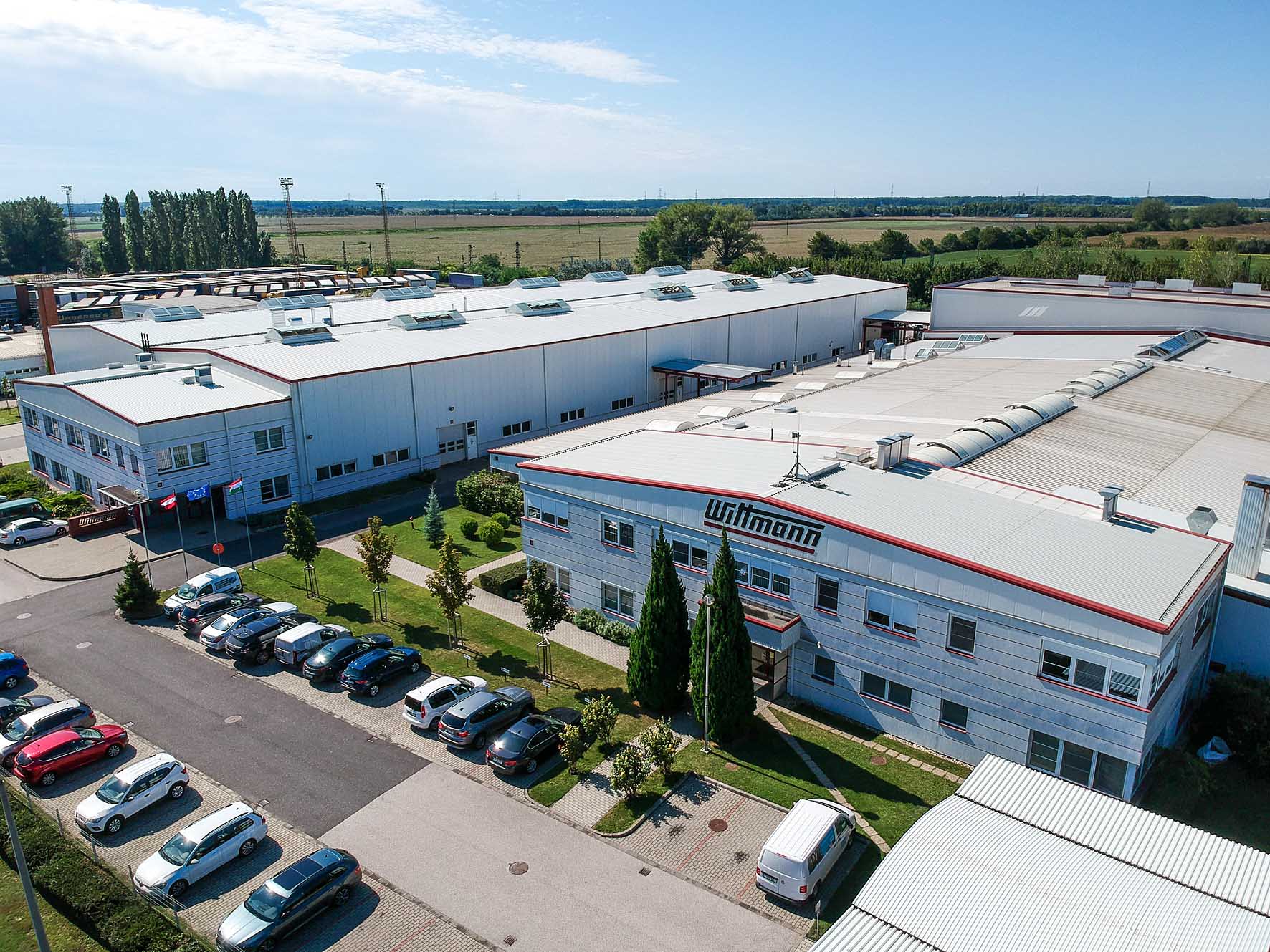 Extension of WITTMANN in Hungary

With this acquisition, WITTMANN Hungary’s production area will be expanded with immediate effect from currently 12,000 m2 to a total of 15,000 m2. The enlargement was initiated some time ago, and its completion of the purchase was eagerly awaited. The Hungarian production plant of WITTMANN has so far been working almost continuously at its capacity limit and had also reached its limit in terms of existing space.

The Managing Director of WITTMANN Robottechnikai Kft., Thomas Wittmann, explains that “the Hungarian production facility is responsible for the series production of the smaller robot models in the load-bearing capacity range up to 12 kg, as well as for the production of the basic C90 and C140 temperature controller series. These products are manufactured specifically for the European market. A few years ago, the production of injection molding machines was also started here to support the WITTMANN BATTENFELD production plant in Kottingbrunn/Lower Austria. Since then, SmartPower and EcoPower series injection molding machines up to a clamping force of 1,800 kN have been built in Mosonmagyaróvár.”

Another main focus of the Hungarian production plant is on sheet metal processing. Two years ago, the modern equipment pool of laser cutting machines, folding presses and machining centers was expanded by adding a fully automatic welding line. It is laid out for manufacturing the basic frames of injection molding machines up to 4,000 kN in size. A few months ago, additional production equipment was ordered, including a laser welding line. These purchases could only be made in view of the forthcoming expansion of production space.

For next year, a further enlargement of the production area in Hungary is planned, which has become feasible with the additional amount of land now available.

The WITTMANN Group is a worldwide leader in the production of injection molding machines, robots and peripheral equipment for the plastics processing industry, headquartered in Vienna/Austria and consisting of two main divisions: WITTMANN BATTENFELD and WITTMANN. These two divisions jointly operate the companies of the WITTMANN Group with eight production plants in five countries. Additional sales and service companies are active in 34 facilities in important plastics markets around the world.

WITTMANN BATTENFELD pursues the further expansion of its market position as an injection molding machine manufacturer and specialist for state-of-the-art plastic processing technologies. As a supplier of comprehensive, modern machine technology in modular design, the company meets both present and future market demands for plastics injection molding equipment.

The integration of these various segments under the umbrella of the WITTMANN Group has led to complete connectivity between the various product lines. This integration has greatly benefited plastics processing users, who are increasingly looking for seamless production, including automation and peripheral functions.