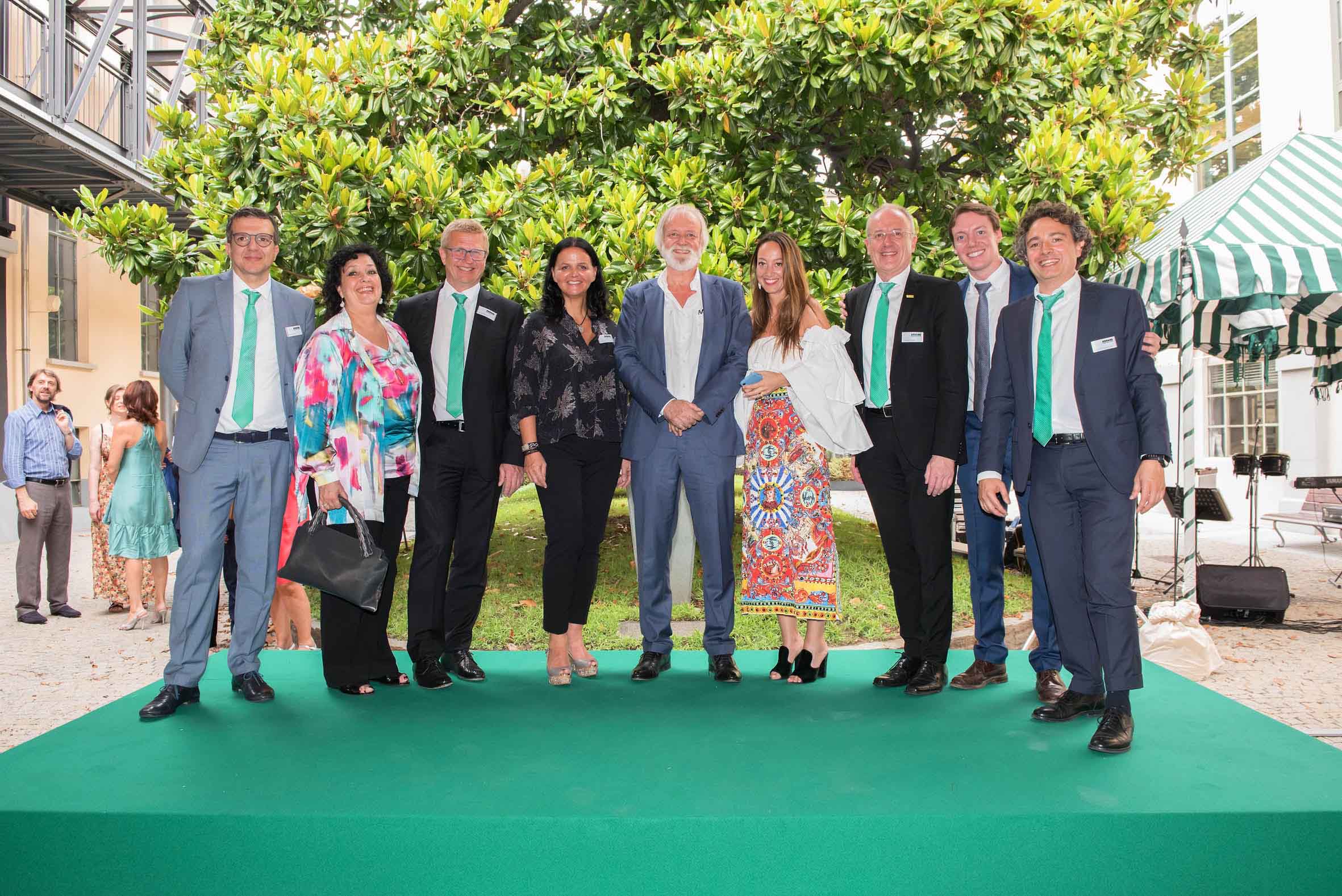 During a festive event on 18 July 2019, Arburg officially bid farewell to Björn Norén, the long-standing Managing Director of its Italian subsidiary, on the occasion of his retirement. Together with 125 guests, Juliane Hehl, Managing Partner, Gerhard Böhm, Managing Director Sales, Stephan Doehler, Sales Director Europe as well as the Italian Arburg team around Managing Director Raffaele Abbruzzetti and Sales Manager Cesare Pedone, celebrated in a very special setting: in the historic factory of the renowned manufacturer of writing instruments and Arburg customer Aurora in Turin.

To honour the former Managing Director of Arburg Srl, Juliane Hehl and Gerhard Böhm had come up with something very special. In a lively dialogue, they paid tribute to the achievements of Björn Norén, who had been active for Arburg in Italy for four decades in two respects:s Managing Director of Arburg Srl and with his company Sverital, which his father founded in 1950 and which became an official Arburg trading partner as of 1960.

Björn Norén started his career with joining Sverital in 1978. Over the years, the Italian market developed very well so that Arburg decided to open a subsidiary in 1993. Björn Norén took over the management, successfully developed and expanded Arburg Srl and played a decisive role in making Italy the most successful market for Arburg in Europe after Germany to this day.

Future cooperation between Arburg and Sverital

“Björn Norén’s multi-faceted qualities were among the decisive factors in this success story,” emphasised Juliane Hehl. He is a born diplomat, a skilled technician, an excellent salesman, a bold visionary and blessed with a versatile linguistic talent. “He was always supported by his technically versed wife Cinzia”, Gerhard Böhm added. She was always able to convince customers of the advantages of Arburg technology, showing a great deal of know-how and enthusiasm.

“We’re glad that the cooperation did not end after Björn Norén went into ‘Arburg retirement’ at the end of 2018,” the Managing Partner stressed. In early 2018, cooperation for automation solutions was contractually agreed with the family-owned company Sverital, in which Patrick and Erika Norén are now the third generation to be active. Since 2019, the Italian Arburg subsidiary is headed by Raffaele Abbruzzetti, to whom Juliane Hehl wished all the best for the future projects and challenges.

The festive evening event in honour of Björn Norén had the theme “history and modernity”. The premises of the Aurora family business, now in its fifth generation, provided the perfect setting. Aurora’s partnership with Arburg spans decades and began in 1989 with the purchase of the first Allrounder injection moulding machine. As a thank you for 30 years of cooperation, Arburg gifted an Allrounder 170 CMD to Aurora, which was presented together with historical and current photos during the event. During their visit to the Aurora Museum, the guests also experienced an emotional journey through 100 years of the company’s history. Some of the exhibited machines are still in use today to produce pens and fountain pens. The tour was followed by a multi-course dinner which gave the guests ample opportunity to revisit their shared experiences with Björn Norén. A video with the highlights of his career at Arburg was shown during the dinner.