German plastics and rubber engineering in a nosedive
25/08/2020 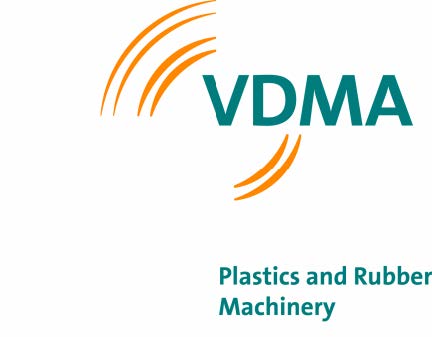 German plastics and rubber engineering in a nosedive

• 2019: Decline in turnover for the first time in many years

Frankfurt, 05. August 2020 – As expected, in 2019 the soaring rise in turnover of the past years has come to a halt: German plastics and rubber machinery manufacturers had to resign themselves to a turnover fall of 6 per cent. “However, after 11 years of growth this break did not come as a surprise for the industry,” Ulrich Reifenhäuser, Chairman of the VDMA trade association Plastics and Rubber Machinery, puts it in a nutshell. “In many major customer industries, above all the automotive sector, signs suggested investment restraint, something that had already become clear for a while when looking at the order books. Moreover, there is the image problem of plastics,” Reiferhäuser adds.

This difficult situation is aggravated by the Corona pandemic. Until June 2020, orders saw a decline of altogether 20 per cent compared to the previous year. “The pandemic was the stab in the back for customer industries that had already been performing badly. However, we also notice that in times of the Corona crisis many plastics and rubber machines are being supplied particularly to the sectors of medical engineering and packaging, Thorsten Kühmann, Managing Director of the VDMA trade association, explains.

Image of plastic is improving

Wherever hygiene comes into play plastics show their advantages. “This leads to a noticeable image improvement in society,” says Kühmann. “However, we are aware that we are currently undergoing an exceptional situation and the shift in image will not have a long-term impact.” The industry already laid the foundation for long-term change and committed itself to circular economy at the K-Show in October last year.

In the first five months of the current year, German exports of plastics and rubber machinery fell short of the previous year results by 19 per cent. Exports to China and to the US decreased by 3 per cent each due to the Corona crisis. For the Chinese market, positive signals can already be perceived while the present decline in exports to the US is only the beginning. The impacts on European countries strongly affected by the Corona virus are also reflected in export statistics. Deliveries to Italy (- 31 per cent), to France (- 42 per cent) and to Spain (- 48 per cent), for example, saw a clear drop. But considerably fewer machinery was also exported to India (- 73 per cent). Markets importing over-proportionally more German plastics and rubber machinery in the first five months of 2020 compared with the previous-year period were Russia (+ 28 per cent) and Turkey (+ 102 per cent).

The future will remain challenging…

The Corona pandemic alone provides sufficient insecurity for future economic development as the risk of a second wave is still looming. This is accompanied by somber prospects for the automotive industry as well as the persistently tense trade relationship between the US and China, oppressing the export-oriented engineering sector. In addition, the adopted tax on plastics is further clouding over the situation. Small wonder that the majority of manufacturers of plastics and rubber machinery stated that they expected a turnover decline of up to 30 per cent in 2020.

To begin with, the European Union is successfully pointing the way towards a positive economic trend with the Heads of State and Government agreeing on an economic development plan to cope with the economic impacts of the Corona crisis. The ability to act thus shown is a strong signal.
A clear 80-per cent majority of plastics and rubber machinery manufacturers expect a return to the turnover volumes of 2019 in 2022 at the latest. Not few expect this already to happen next year. For the second half of 2020, many expect incoming orders from West Europe and China to recover. This already indicates at first signs of a turnaround.

Furthermore, machinery manufacturers will continue to contribute their share to implementing a successful circular economy. The innovative capacity of the industry is still unbroken and will also lead the technology providers out of this crisis.

More than 200 companies are members of the association, covering more than 90 percent of the branch production in Germany. Ten percent of our member companies come from Austria, Switzerland and France. The German member companies represent sales of EUR 7 billion in core machine engineering and EUR 10 billion including peripheral technology. Every fourth plastic machine produced in the world comes from Germany; the export rate is 70 percent. Ulrich Reifenhäuser, Member of the Management Board of the Reifenhäuser Group, is the chairman of the association.