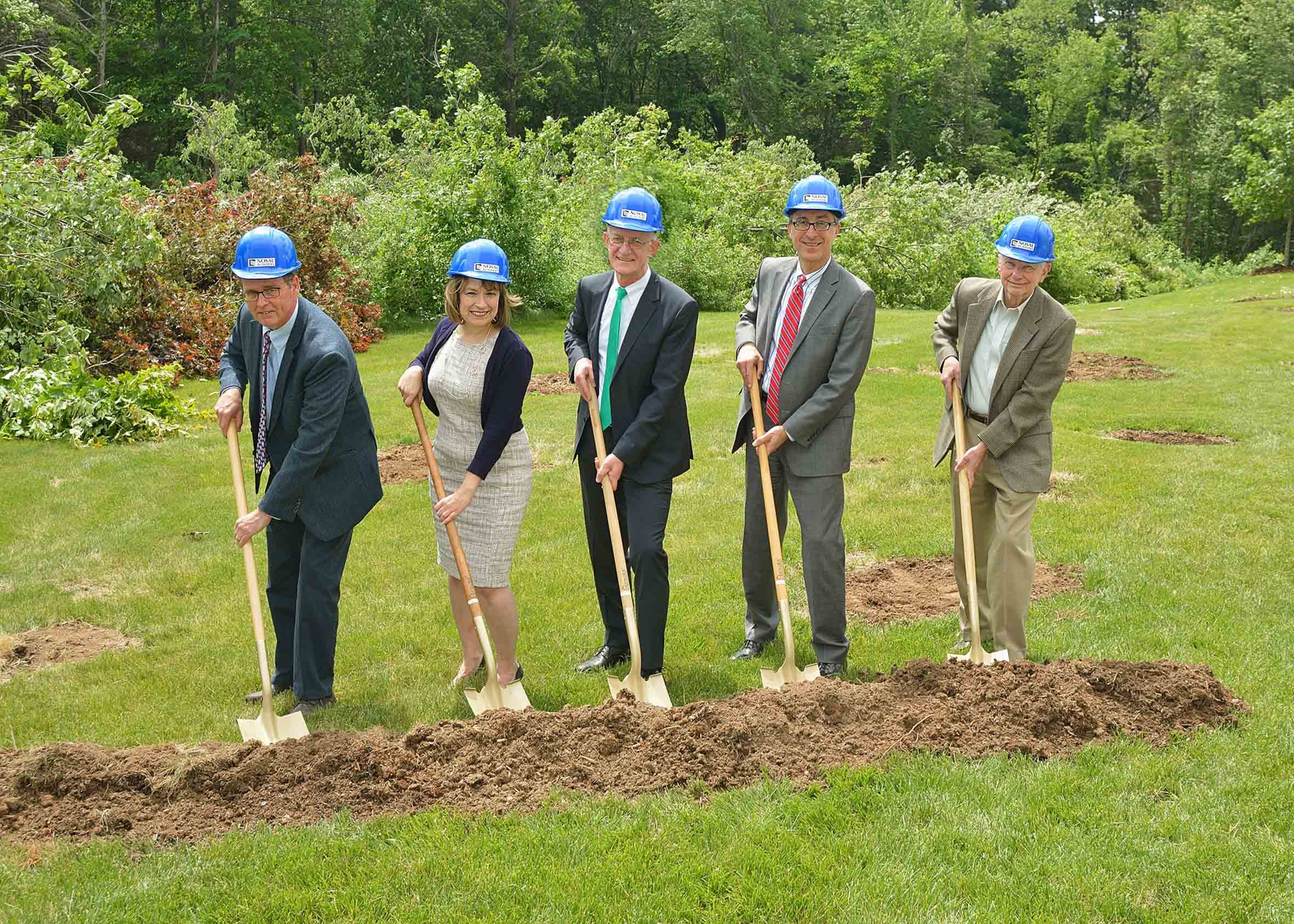 On June 14, 2019, Arburg, Inc. in Rocky Hill, Connecticut, officially began with the expansion of its US headquarters. In addition to Managing Director Friedrich Kanz and CFO Claude-Helene McIntyre of Arburg, Inc., William O’Sullivan and Larrye deBaer, representing the city of Rocky Hill, as well as the construction team of Tecton Architects and Nosal Builders, took part in the ground-breaking ceremony. In future, the subsidiary will offer some 2,100 square metres of additional space in a new hall, increasing the available floor space by more than 80 percent.

“In recent years, our business in the US has developed significantly better and faster than expected. Thanks to this dynamic development, we now face the fortunate problem that our US headquarters, which was newly built as recently as 2015, is already reaching its capacity limits,” explains Friedrich Kanz, Managing Director of Arburg, Inc. as the main reason for the expansion in Rocky Hill.

New hall and state of the art logistics

The new hall will have a floor space of around 2,100 square metres, which represents an expansion of more than 80 percent. This will create more space for building and acceptance testing complete turnkey systems, adapting stock machines to customer specifications and a significantly larger spare parts warehouse. The new building will be equipped with modern logistics and a gantry crane with a lifting capacity of 40 tonnes. As a result, after-sales service of the Arburg subsidiary will also be improved. Moreover, further rooms will be available for customer training and technical seminars, as well as 25 additional office workplaces for employees, mainly from the Application, Turnkey and Service departments.

The existing building already includes a showroom for up to seven Allrounder injection moulding machines and a laboratory with two Freeformers for additive manufacturing.

US is Arburg’s most important foreign market

Arburg has its own organisations at 34 locations in 26 different countries; together with its trading partners, it is present in more than 100 countries. The US is the most important foreign market for the German company with headquarters and central production in Lossburg, Germany. Arburg, Inc. – Arburg’s North American subsidiary – was founded in 1990. The expansion of the facility in Rocky Hill represents another significant infrastructure investment. To ensure full regional support in the US, Arburg is also represented by two Technology Centers, the “ATC California” in Irvine, CA (since 1993), and the “ATC Midwest” in Elgin, IL (since 2007). With 105 employees, Arburg USA currently supports some 13,000 installed machines in the US, Canada and the Mexican border region.

An international sales and service network ensures first-class customer support at a local level: Arburg has its own organisations at 34 locations in 26 different countries; together with its trading partners, it is present in more than 100 countries. Its machines are produced exclusively at the parent company in Lossburg, Germany. Of a total of roughly 3,000 employees, around 2,500 work in Germany. About 500 further employees work in Arburg’s organisations around the world. Arburg is triple certified according to ISO 9001 (quality), ISO 14001 (environment) and ISO 50001 (energy).