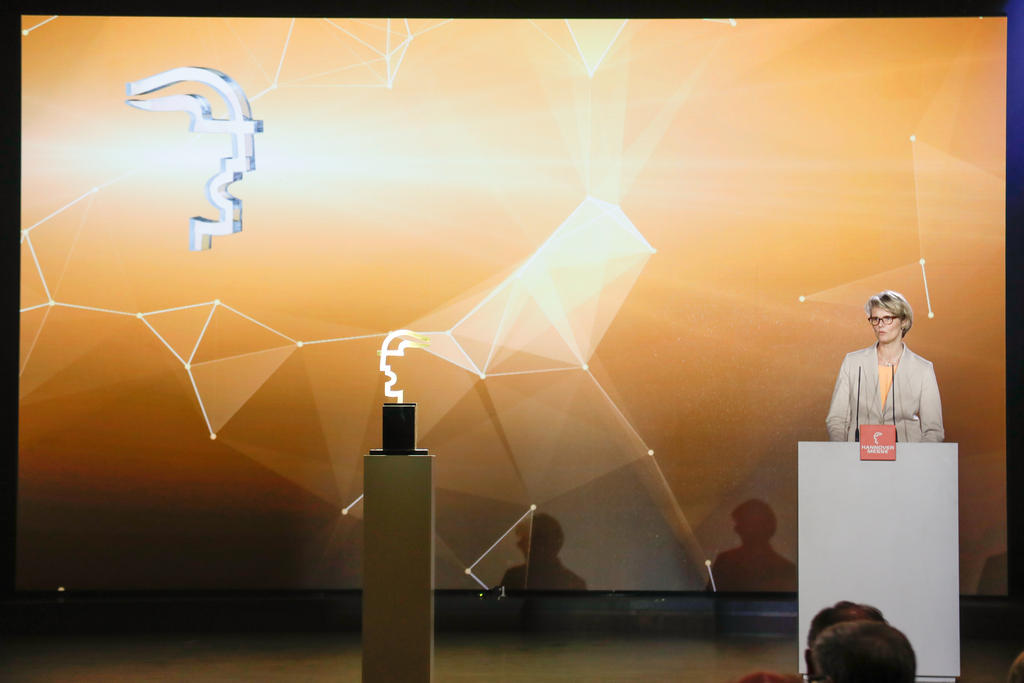 The three nominees for the HERMES AWARD 2019 can now be announced. They are (in alphabetical order): ABB, ARKITE NV and NanoWired. They were selected by an expert jury headed by Professor Reimund Neugebauer, president of the Fraunhofer Society. The overall winner will be announced and presented with the award on Sunday, 31 March, at the official Opening Ceremony of HANNOVER MESSE 2019.

Hannover. This year, Deutsche Messe AG is once again offering the HERMES AWARD , one of world’s most coveted technology prizes. Each year, the award honors a company that has demonstrated a level of technological innovation that sets it apart from all other contenders. Participation in the award competition is restricted to technology solutions that have been tried and proven in real industrial settings. Alongside this criterion, the jury also takes into account social and economic factors when making its selection. This will be the sixteenth consecutive year that the HERMES AWARD has been presented. During HANNOVER MESSE (1–5 April 2019), visitors will be able to view all three nominated solutions at the Research & Technology show in Hall 2.

Professor Neugebauer, President of the Fraunhofer-Gesellschaft and chair of the jury, commented on the selection process for this year’s nominees: “The HERMES AWARD is one of the most prestigious technology prizes in the global innovation landscape and attracts numerous outstanding candidates. The main criteria on which the jury based its choice were the future potential of the innovation, a targeted approach to creating a solution that meets the end user’s needs, and evidence that the product is suitable for use in industrial applications. As chair of this jury of experienced market and technology experts from Germany and abroad, I was extremely impressed by the innovative power of the nominated candidates.”

ABB, Ladenburg (Germany): ABB’s nominated product, “NiTemp”, is an innovative temperature measuring device that uses non-invasive sensor technology. In the process manufacturing industry, temperatures inside pipelines are generally measured invasively using in-built thermometers. This involves drilling a hole in the pipe and installing a protective cylindrical fitting known as a thermowell. NiTemp differs from this approach in that it reads the temperature at the pipe surface, thereby eliminating the need for process penetration and installation of thermowells. The technology delivers benefits in terms of safety, reliability, simplicity and ease of use, measuring accuracy, measuring range and response times. In addition, NiTemp devices can be installed without shutting down production, meaning they involve lower system costs and capital expenditure. The NiTemp technology has already proven itself in industrial use. It is intended primarily for the food and beverages industry, but also has applications in the gas and oil industry and in the chemicals industry.

ARKITE NV, Genk (Belgium): ARKITE’s nomination is for “Human Interface Mate” (HIM), a new type of manufacturing operator guidance system that uses a projector to overlay assembly instructions onto work-pieces and equipment in real-time, provide guidance and warn of errors before they happen. The Innovative 3D object recognition technology that powers HIM guides the operator error-free through his or her work process, thereby increasing the efficiency, flexibility and quality of assembly processes and making hardcopy operating manuals, checklists and handwritten record-keeping a thing of the past. The modular, wizard-like nature of the HIM software makes it easy for project engineers to set up assembly projects; they don’t even need any programming skills. The system’s simplicity also reduces the training overhead for new employees or when introducing new products or variants, and makes setting up and commissioning new workstations significantly faster. HIM has applications in all industries that involve manual handling operations.

NanoWired GmbH, Gernsheim (Germany): Nanowired has been nominated for its “KlettWelding Tape” solution – a world-first process in which specially treated electronic components can be connected together at room temperature. The connection process is fast, accurate and eco-friendly. KlettWelding is based on nanowires, which can be deposited onto any kind of substrate to form a Velcro-like layer of metal wires. Two components treated in this way can then be connected simply by pressing them together, causing the nanowires to interlock and form a connection that is stable and electrically and thermally conductive.

KlettWelding is more cost-effective than conventional processes like soldering, gluing and bonding, and can be used in a range of applications, including sensors, semiconductors, automotive systems and consumer goods. By changing production processes over from soldering to KlettWelding, it is possible to eliminate certain items of plant and reduce production costs.