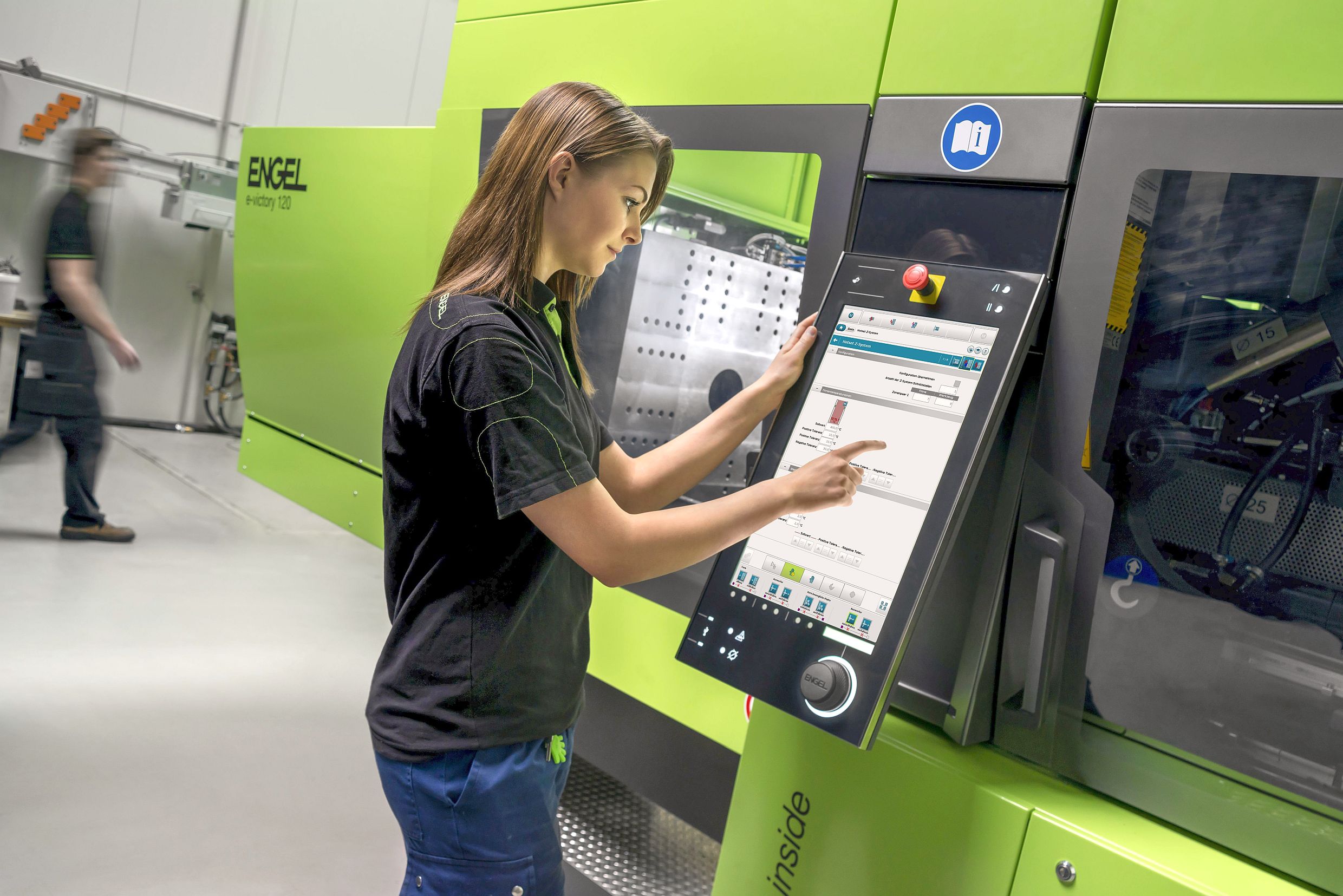 hotset’s Z-System is considered to be a pioneering further development of variothermal mold temperature control. Since its launch in late 2016, the high-speed process for partial-cyclical temperature control of injection molds has been used by more and more plastics processors operating in the consumer and automotive industries. ENGEL is now the very first machine manufacturer to offer the integration of the Z-System as an additional equipment option for its injection molding machines. In an interview, hotset CEO Ralf Schwarzkopf and ENGEL Germany Managing Director Rolf Saß explain the advantages that this brings for users.

Mr. Schwarzkopf, which user groups in plastics processing benefit from the hotset Z-System?

Schwarzkopf: Most of all, all OEMs, tier-1 suppliers, injection molders and mold makers who demand the highest quality surfaces without weld lines and matte areas when manufacturing components and functional assemblies made of engineering plastics. It is also particularly beneficial when it comes to producing intricate designs with low wall thicknesses. Apart from that, we are constantly encountering new applications, which often surprise us as to just what the Z-System is capable of. 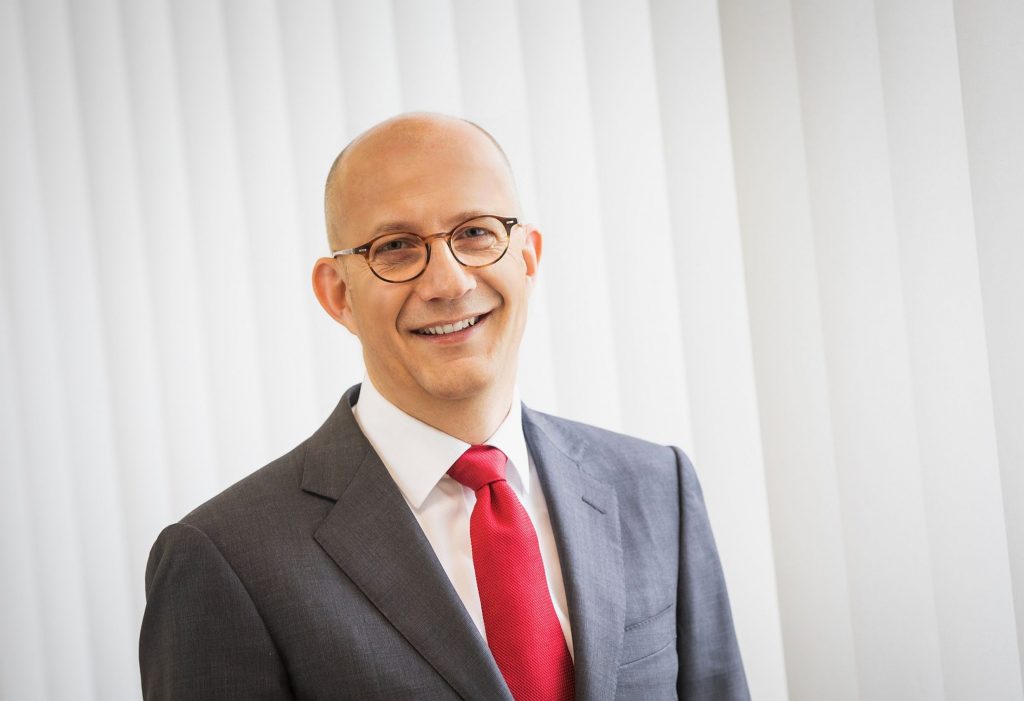 What configuration and variants do you currently offer the Z-System in?

Schwarzkopf: We configure the system on a customer-specific basis so that it fits into the mold compactly and with minimal effort – similar to a hot runner system. We can even incorporate its design and integration into the mold’s data set during the design phase. We are able to predict with great accuracy early on what temperatures will occur on the walls of the cavities thanks to thermal simulations. And as we also accompany the installation and commissioning stages, the customer always benefits from a 360° carefree package. This is particularly true for the new machine-integrated version of the Z-System, which we are implementing in cooperation with SGM manufacturer ENGEL. 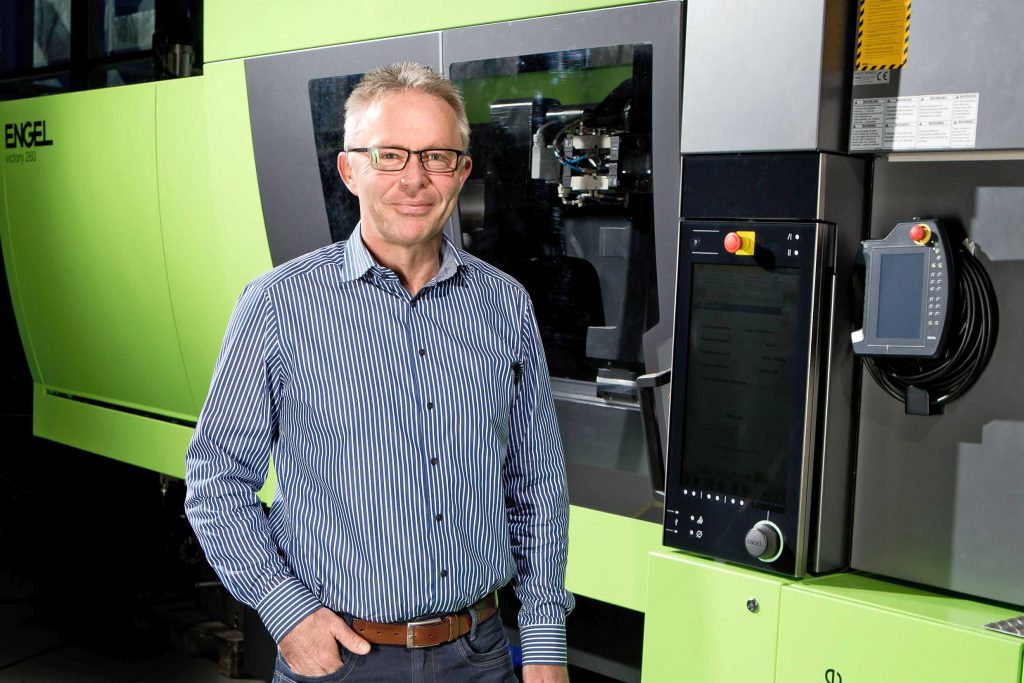 ENGEL Germany Managing Director Rolf Saß: With the Z-System, users of our SGM benefit from a simple plug-and-play solution for avoiding weld lines and dull halos – without having to invest in an additional control system.(Image: ENGEL)

Saß: We are now offering the Z-System for all injection molding machines in our portfolio that operate with a CC300 control unit, irrespective of the machine series and the drive technology used. The CC300 is our current control generation. It features intuitive operation and clear menu navigation and enables smart, highly efficient navigation of complex manufacturing processes. 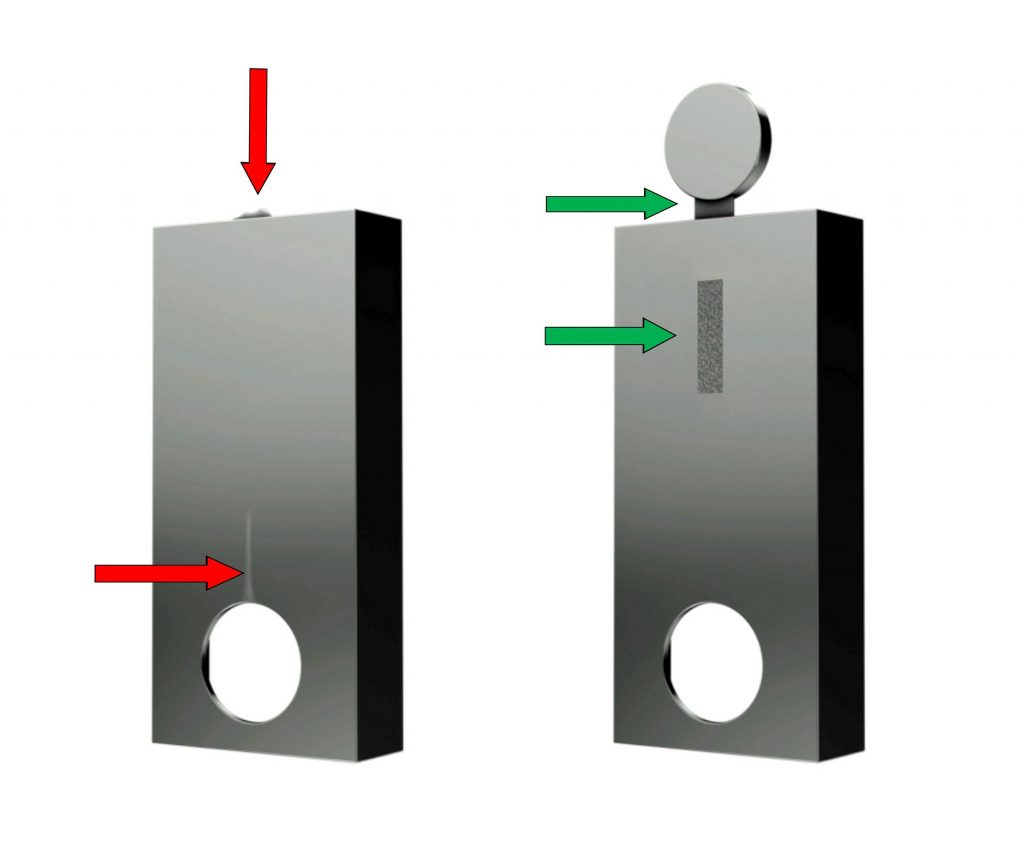 In the case of the conventional injection molded housing part (left), a weld line remains visible and the thin-walled passage is “cracked”; the housing molded with the Z-System (right), by contrast, has a pristine surface on which even microstructures can be reproduced. (Image: ENGEL)

So, in concrete terms, how can we envisage the interaction of the Z-System with the SGM control system?

Saß: Just like users are familiar with from the use of additional pressure or temperature sensors, the Z-System mold is integrated into the functional scope of our injection molding machine. When setting up the mold, the process-specific setting data record containing all relevant temperature and time parameters is automatically transferred. The user then sees all the required parameters on a separate Z-System page on the CC300 touchscreen control panel and can make the required selections. This means that the user does not have to resort to additional external devices or go to the back of the machine to make adjustments to the Z-System. All selected values are also stored in the production data record. Consequently, they are instantly available for retrieval as soon as the mold is placed on the machine again.

As a machine manufacturer, why did you decide to integrate the Z-System from hotset?

Saß: Our two companies have been working together very closely for many years now. And since we share the same goal when it comes to the prevention of weld lines, it was important for us to work together in this area as well. In addition, as a machine manufacturer, we always focus on two – sometimes opposing – lines of development: For one thing, we enable our customers to meet the continuously increasing quality requirements for visible plastic components; at the same time, we have to offer the users of our SGM solutions options that enable them to make their manufacturing processes even more efficient and economical. In our view, with the Z-System, we have succeeded particularly well in achieving this balancing act.

Schwarzkopf: Above all, because this high-speed solution with its targeted partial dynamic temperature control also makes a key contribution to optimizing the entire injection molding process, beyond improving part quality. Because of its extreme heating speed of only 60 K/s and very short cooling rates of about 30 K/s, highly dynamic mold tempering can be realized without having to extend the cycle time. Moreover, since these enormously fast temperature changes are achieved with an average energy consumption of only about 100 W/h, the Z-System is an extremely energy-efficient solution.

Can you confirm this from the perspective of a machine manufacturer, Mr. Saß?

Saß: Yes, absolutely. Not only does the energy efficiency of mold temperature control improve measurably, output also increases as considerably shorter cycle times can be achieved than with classic variothermal temperature control.  For instance, there are no more injection delays until the target temperature is reached at the cavity wall.

Saß: Yes, that is actually the case! With the Z-System, our customers benefit from a simple plug-and-play solution for avoiding weld lines and dull halos – without having to invest in an additional control system. So that’s significant added value! And in view of the increasing complexity of production processes in plastics processing, users significantly step up their competitiveness with this practical contribution to simplicity – as we call this trend at ENGEL.

The Z-System can be tested at hotset’s new System Center for Industrial Temperature Control (SIT) both as a stand-alone and retrofit solution for specific customers and as a fully integrated variant in an 80-tonne SGM from ENGEL. (Image: ENGEL)

That sounds very promising. How can anyone interested in the Z-System inspect and test it?

Schwarzkopf: We opened the System Center for Industrial Temperature Control Technology (SIT) in Lüdenscheid a few months ago specifically for this purpose. This facility is a result of our cooperation with ENGEL and gives injection molders, mold makers and quality process optimizers ample opportunities to experience the performance of the Z-System for themselves. It is available here both as an integrated system solution in an ENGEL SGM and as a separate system with external control. In this case, the specific test conditions or more advanced scenarios can be agreed upon depending on the application. Just recently, for example, the SIT tested the effects of the Z-System when using semi-crystalline materials – with astonishing results.

Mr. Saß, Mr. Schwarzkopf, thank you for the interview.

hotset opened the System Center for Industrial Temperature Control (SIT) in the summer of 2020. This is the world’s first technical center dedicated to the comprehensive presentation and demonstration of the Z-System for partial-cyclical temperature control of the cavities of injection molds. Having been introduced nearly five years ago, this highly flexible, dynamic high-speed process is considered a pioneering further development of the principle of variothermal mold temperature control. Numerous plastics processors in the consumer and automotive industries are already using it today. At the hotset technical center, the Z-System can be demonstrated in action both as a stand-alone or retrofit solution and in the integrated variant in an 80-ton injection molding machine from ENGEL. The specific test scenario can always be adapted to the customer’s individual needs.