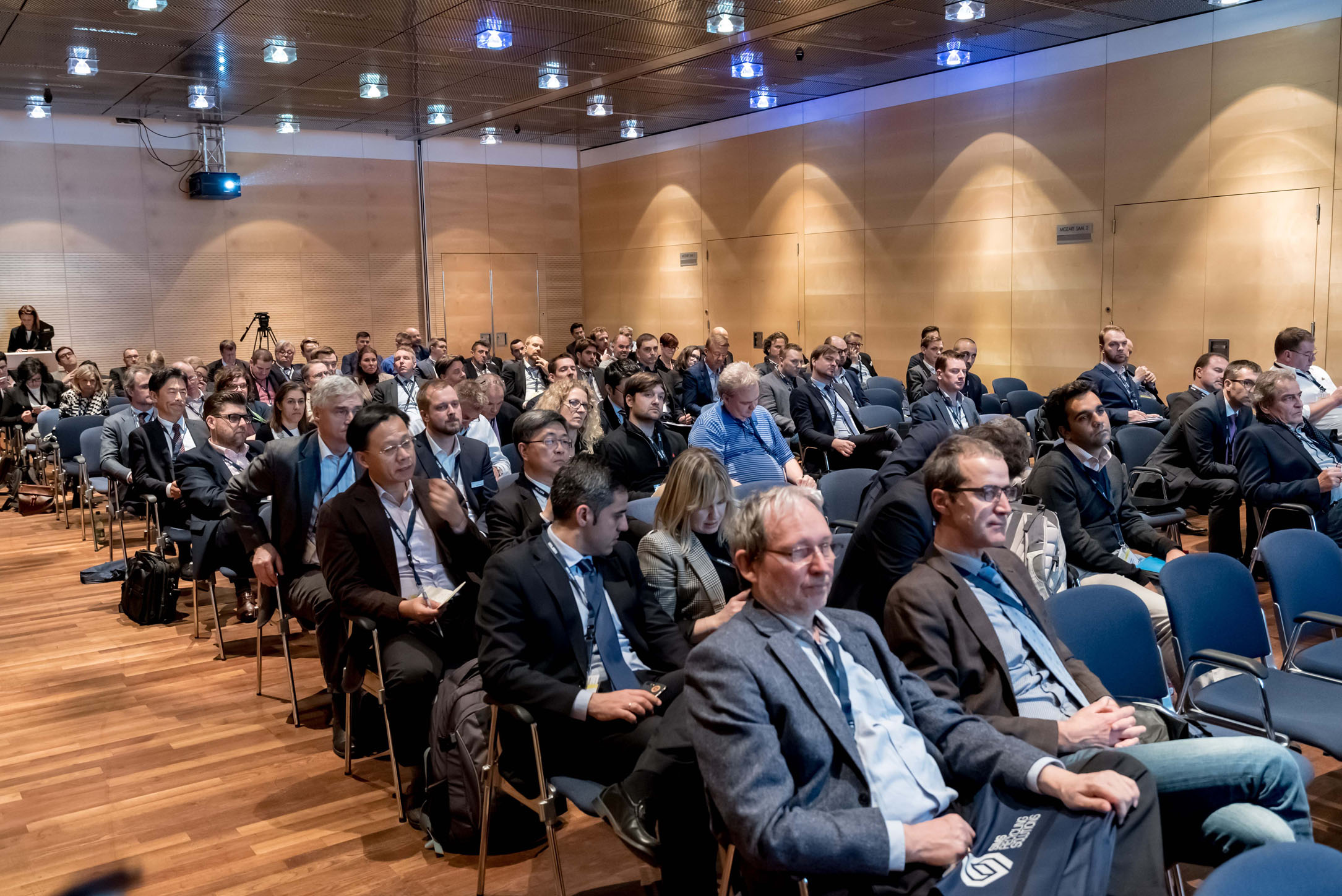 TOMRA Sorting Recycling has given a presentation at the influential International Electronics Recycling Congress (IERC 2019) to share the company’s specialized knowledge of materials-recovery from electrical and electronic waste (WEEE). With legislation prohibiting the re-use of plastics containing brominated flame retardants (BFRs), TOMRA explained how combining the company’s near infrared and X-Ray technologies enables the removal of up to 98% of plastics containing BFRs from mixed plastic waste streams. 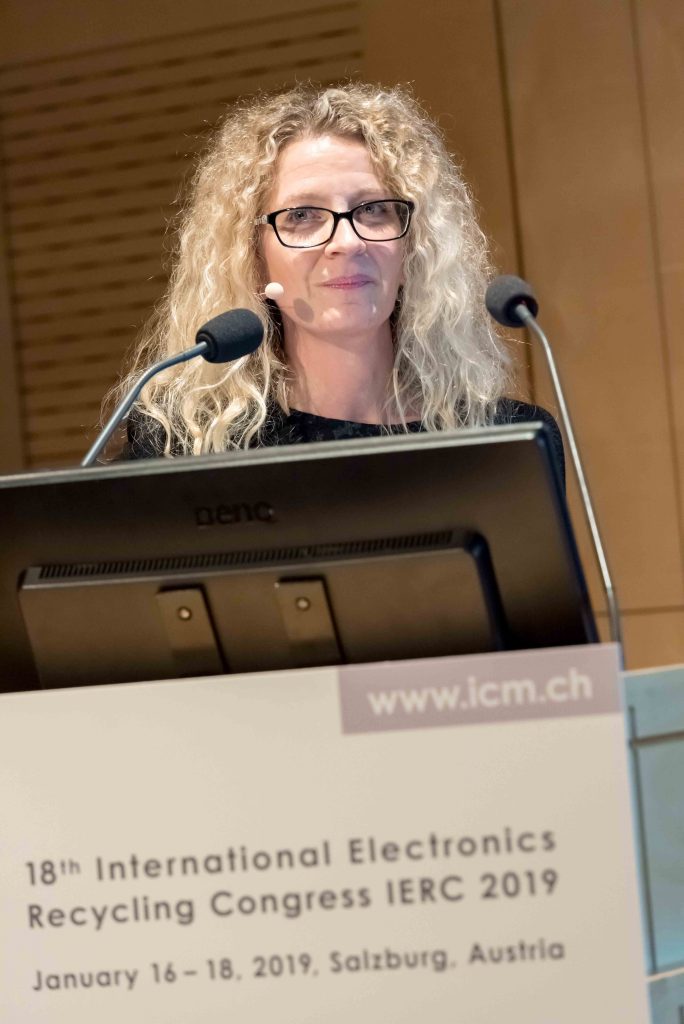 Judit Jansana, Head of TOMRA Sorting Iberia and part of the Metal expert group at TOMRA Sorting Recycling, commented: “Now that plastics waste can no longer be shipped to China and simply forgotten about, there is growing demand from recyclers for pre-separated polymers that are BFR-free. IERC 2019 was the perfect venue for TOMRA to spotlight how its AUTOSORT and X-TRACT machines can achieve this with remarkably high efficiency.”

IERC 2019 took place at the Salzburg Congress convention center from January 16-18 and attracted more than 450 professionals, including manufacturers and users of recycling technologies, government and NGO officials, policy-influencing academics, and members of the media. After a keynote speech by former EU Environment Commissioner Dr Janez Potočnik, a series of presentations and workshops discussed latest-thinking regarding WEEE, the circular economy, and challenges facing the recycling industry. 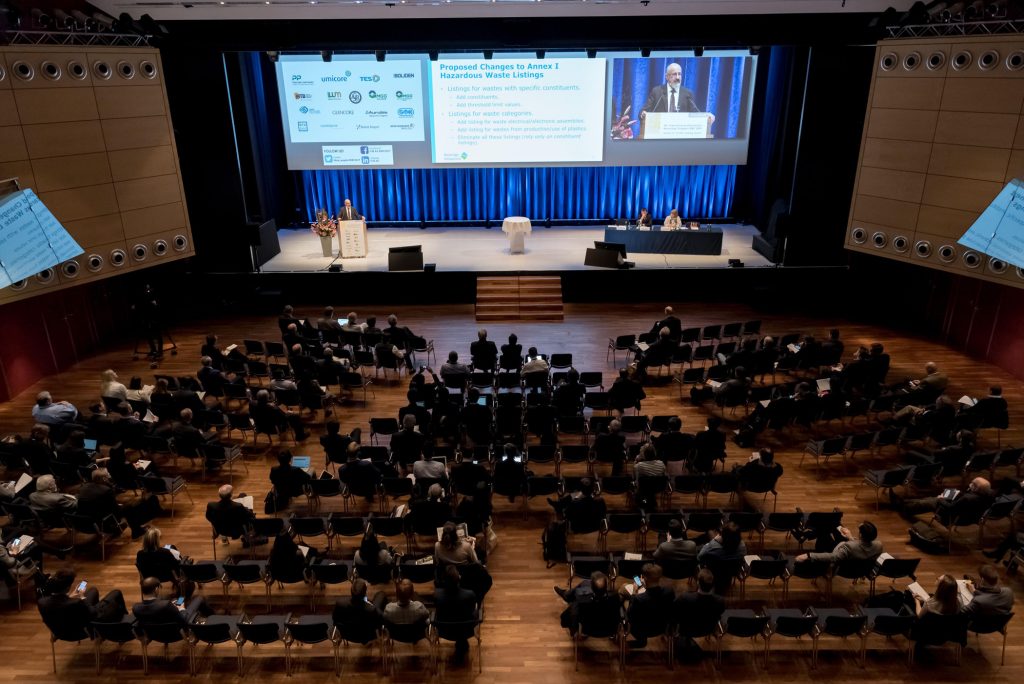 One hot topic was the Chinese National Sword Initiative, which has almost entirely halted the shipping of waste materials to China. The Chairman of the IERC Steering Committee, Jean Cox-Kearns, observed that in January 2018 there was a 99% reduction from the previous year in plastics exported to China, and that similar restrictions on accepting waste are soon expected to be imposed by other Asian nations.

These restrictions greatly increase the need to improve recycling rates in countries where waste is originated, but this will require a wider understanding and adoption of sorting technologies. With this in mind, the Head of TOMRA Sorting Iberia, Judit Jansana, gave a presentation which asked, ‘How efficient is the dry separation technology of flame-retardant WEEE plastics?’

That question is important, because the law prohibits the recycling of brominated flame retardants, meaning that BFRs must be sorted-out of WEEE plastics before recycling. In addition, the Restriction of Hazardous Substances (RoHS) Directive, which applies to the production of all  new goods, requires recycled polymers to be BFR-free.

TOMRA’s presentation noted that electrical and electronic devices contain anything from 3% to 60% plastic, and among that approximately 30% of plastics contain flame retardants. TOMRA makes it possible to extract these materials from waste with the highly effective combination of two sorting machines, fulfilling the RoHS Directive with an output with less than 1000ppm of bromine. 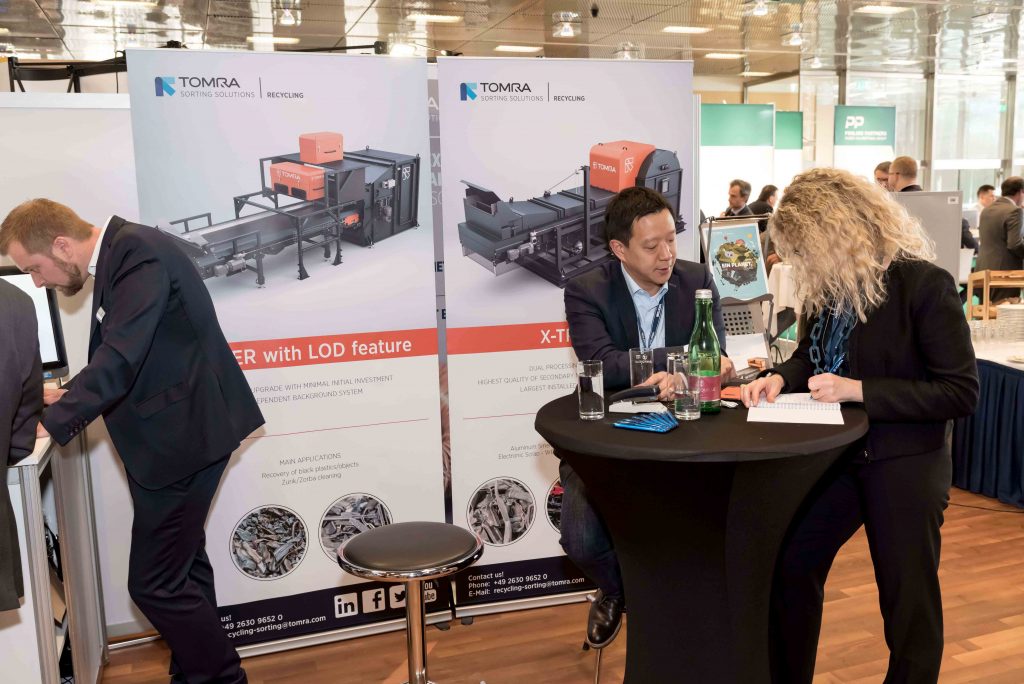 TOMRA’s AUTOSORT starts the sorting process by using near infrared (NIR) technology to separate the input of mixed polymers, typically from IT and household appliances, into polymers fractions – creating, for example, a PC/ABS (polycarbonates/Acrylonitrile Butadiene Styrene) fraction or a HIPS (high impact polystyrene) fraction.

Every fraction is then passed separately through TOMRA’s X-TRACT machine, with X-Ray technology which can separate BFR polymers from BFR-free polymers because flame-retardant elements have higher atomic densities which absorb more energy. This technology is independent of the color of the input plastics, meaning black plastic is not an issue.

The impressive result of this two-step process is the removal of up to 98% of plastics containing BFRs from mixed input waste streams with a minimal loss of good plastics.

As an alternative way of reducing bromine, it is also possible to start the process with a straight pass through TOMRA X-TRACT to achieve an output of less than 1000ppm, leaving a mix free of BFR for further polymer separation processes.

Judit Jansana commented: “I was very satisfied with our participation in IERC and especially with the debate after my presentation on the future of the Directive, which seems set to restrict bromine content to much lower limits. The sector is very aware of this and further technological developments will be necessary to comply. TOMRA will be continuing working side-by-side with customers to help them.”