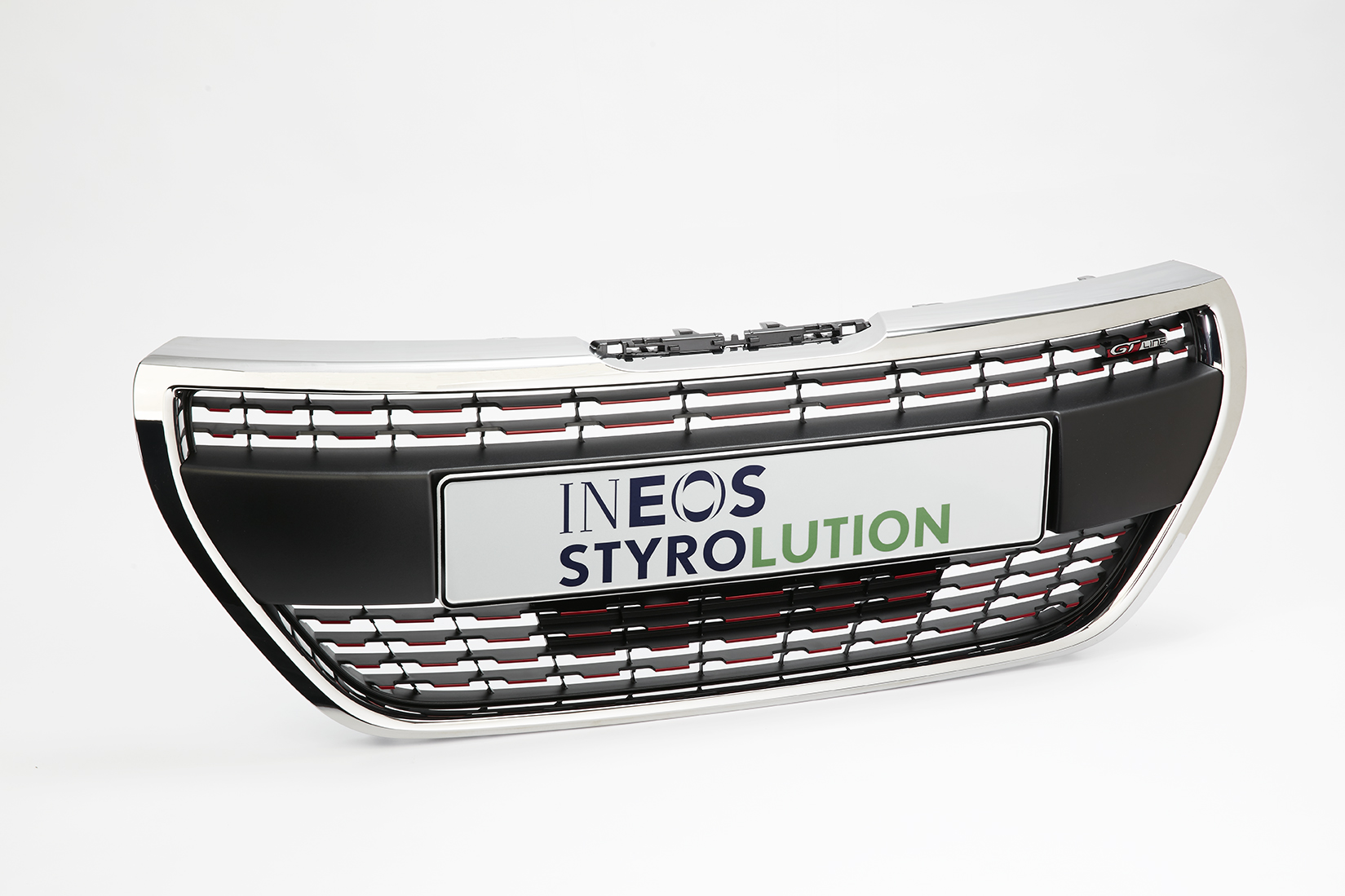 INEOS Styrolution, the global leader in styrenics, announced today that its Luran® S material was recognised as a winner in the category “Future, Mobility & Parts” in the Automotive Brand Contest 2018. A formal announcement will be made at the “Mondial de l’Automobile” in Paris on October 2, 2018.

In particular, Luran S has recently become the material of choice for newly designed front grills of cars around the world. The material has proven to be the ideal basis for the hot stamping technology that allows for aesthetic effects.

This technology can be considered a prime example of “Design4Recycling”, as it requires no further treatment of the application such as separate painting, thus contributing to sustainability and ultimately supporting a circular economy,.

In recognition of its superior performance, Luran S was recognised as a winner in the category “Future, Mobility & Parts” in the Automotive Brand Contest 2018, a high-profile international award by the German Design Council honouring the best automotive brand and design achievements.

“Luran S is over 50 years old, however, still a young material. A well-known global car manufacturer first developed unpainted front grills using Luran S, and it has been selected over the years for numerous other exterior parts such as mirror housings, trims and roof racks. By avoiding additional chemical treatments like painting or plating, we offer a sustainable, cost-saving solution, as it is easier to recycle these parts now,” says Christophe Ginss, Sales Director Automotive EMEA with global coordination role at INEOS Styrolution.

INEOS Styrolution is the leading, global styrenics supplier with a focus on styrene monomer, polystyrene, ABS Standard and styrenic specialties. With world-class production facilities and more than 85 years of experience, INEOS Styrolution helps its customers succeed by offering the best possible solution, designed to give them a competitive edge in their markets. The company provides styrenic applications for many everyday products across a broad range of industries, including Automotive, Electronics, Household, Construction, Healthcare, Packaging and Toys/ Sports/ Leisure. In 2017, sales were at 5.3 billion euros. INEOS Styrolution employs approximately 3,300 people and operates 18 production sites in nine countries.