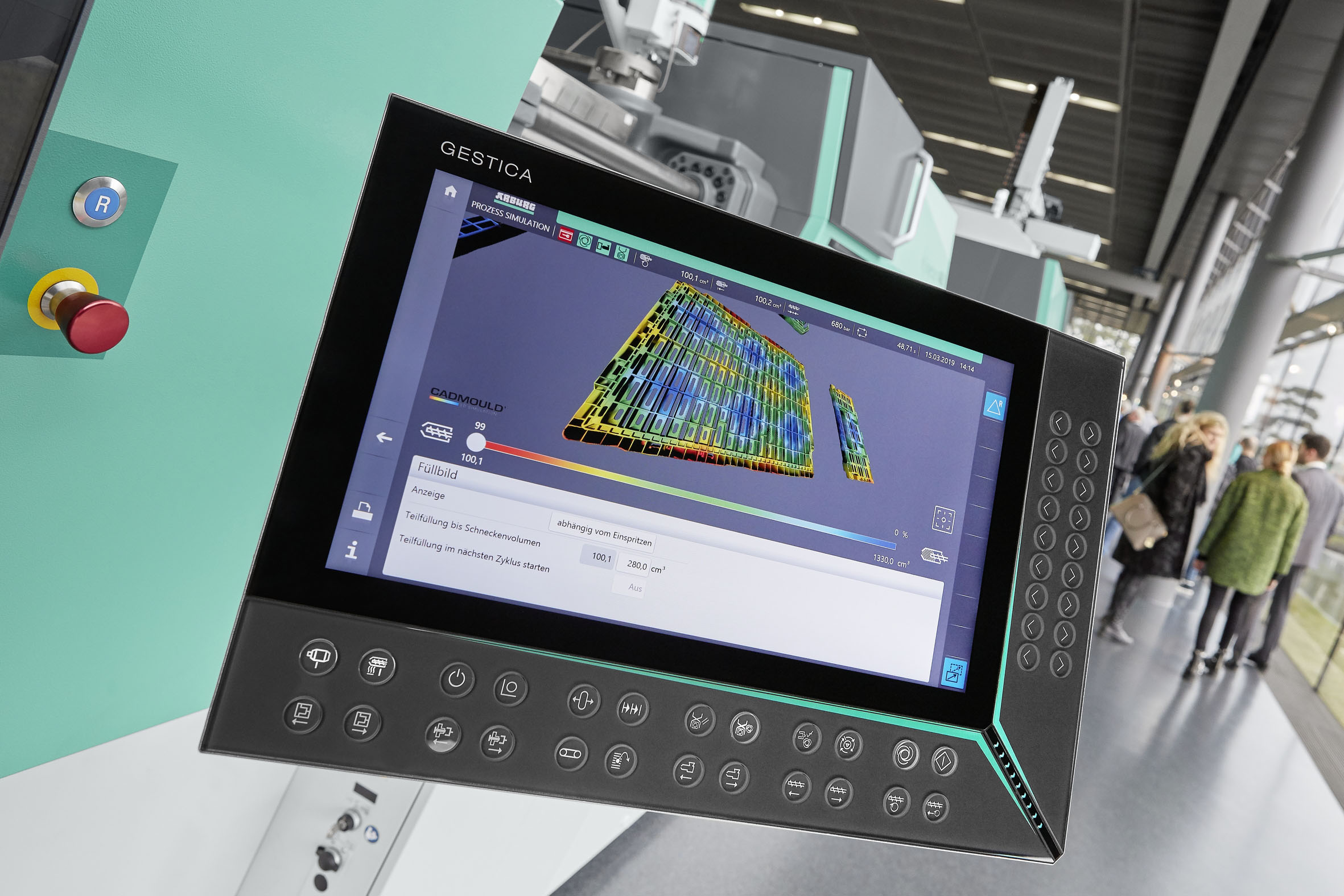 Arburg has set a new milestone in assistance functions: the integration of a mould filling simulation in the Gestica control system of its Allrounder injection moulding machines. What this feature fundamentally entails was already demonstrated at the Fakuma 2018. During the Technology Days in March 2019, the next development stage was presented: display of the mould filling simulation directly on a running Allrounder. For this sophisticated and complex project, Arburg is cooperating with simulation expert Simcon, which boasts many years of experience in the injection moulding industry. 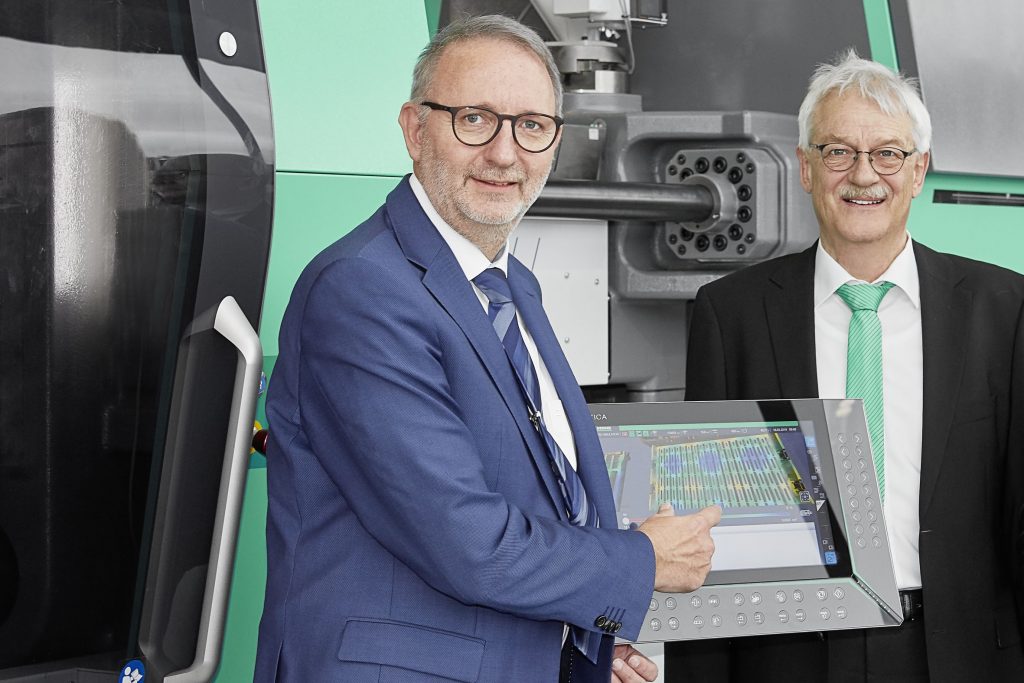 “During development of the Gestica, our objective was to bring more operating assistance into the control system”, explains Dr. Eberhard Duffner, Director Research & Development at Arburg.

“Our ‘4.set-up’ assistance package already supports installation technicians actively during set-up and parameter entry. The integrated mould filling simulation, however, goes much further. The machine becomes even ‘smarter’, as it knows the part it’s producing.”

When seeking out a partner, Arburg opted for Simcon, which is based in Würselen (Germany), because the companies had already cooperated on other projects. As an expert for simulations, Simcon was familiar with the current mould design situation, which Managing Director Dr. Paul F. Filz describes as follows: “Currently, there are virtually two separate worlds: mould construction and injection moulding. In mould design, filling simulations are standard nowadays. The relevant data, however, cannot be used for the injection moulding process.”

“The challenge, is the material, the properties of which change during the moulding process. Consequently, the question of optimal mould filling has long been a topic of wide-ranging discussion among experts,” says Dr. Eberhard Duffner from experience. Essentially, the need to combine the simulations used in mould construction with the machine has long been identified. “With the mould filling simulation integrated in the Gestica control system, we are now bringing the two worlds together. This results in benefits with regard to set-up time, reliability and efficiency,” adds the Director Research & Development.

For optimal configuration of the injection moulding process, a great deal of expertise is required on the part of the installation technicians as only the material and its processing temperature, as well as the required dosage volume, are known. The challenging task now is optimal filling of the mould. The flow lines of the plastic melt can be influenced by means of the injection profile. However, when making a particular change to the screw stroke or dosage volume, the installation technician is unable to know where in the cavity geometry the flow front is currently located. Because overfeeding costs a great deal of time in “extracting” the part out of the mould, it must be avoided wherever possible. This is where the installation technician’s extensive experience is required. Future assistance systems such as the integrated mould filling simulation model will increasingly support machine operators interactively and graphically.

The task of uniting mould filling simulation and the reality of injection moulding is a highly complex task. In order to correctly visualise the flow front, computational models and algorithms are required, which also take into account, for example, the behaviour of the screw and the non-return valve, as well as the compressibility of the material. For this purpose, Arburg and Simcon have bundled their expertise and already demonstrated synchronisation of the screw movement via the calculated simulation model directly on the machine at the Technology Days 2019. Here, the filling pattern of the part being produced is displayed on the Gestica control system interface and the relationship between the filling level and screw stroke visualised.

Expert installation technicians also benefit from this information as it saves them valuable time. They no longer need to interpret injection curve charts, but can observe the flow front in the 3D view of the cavity.