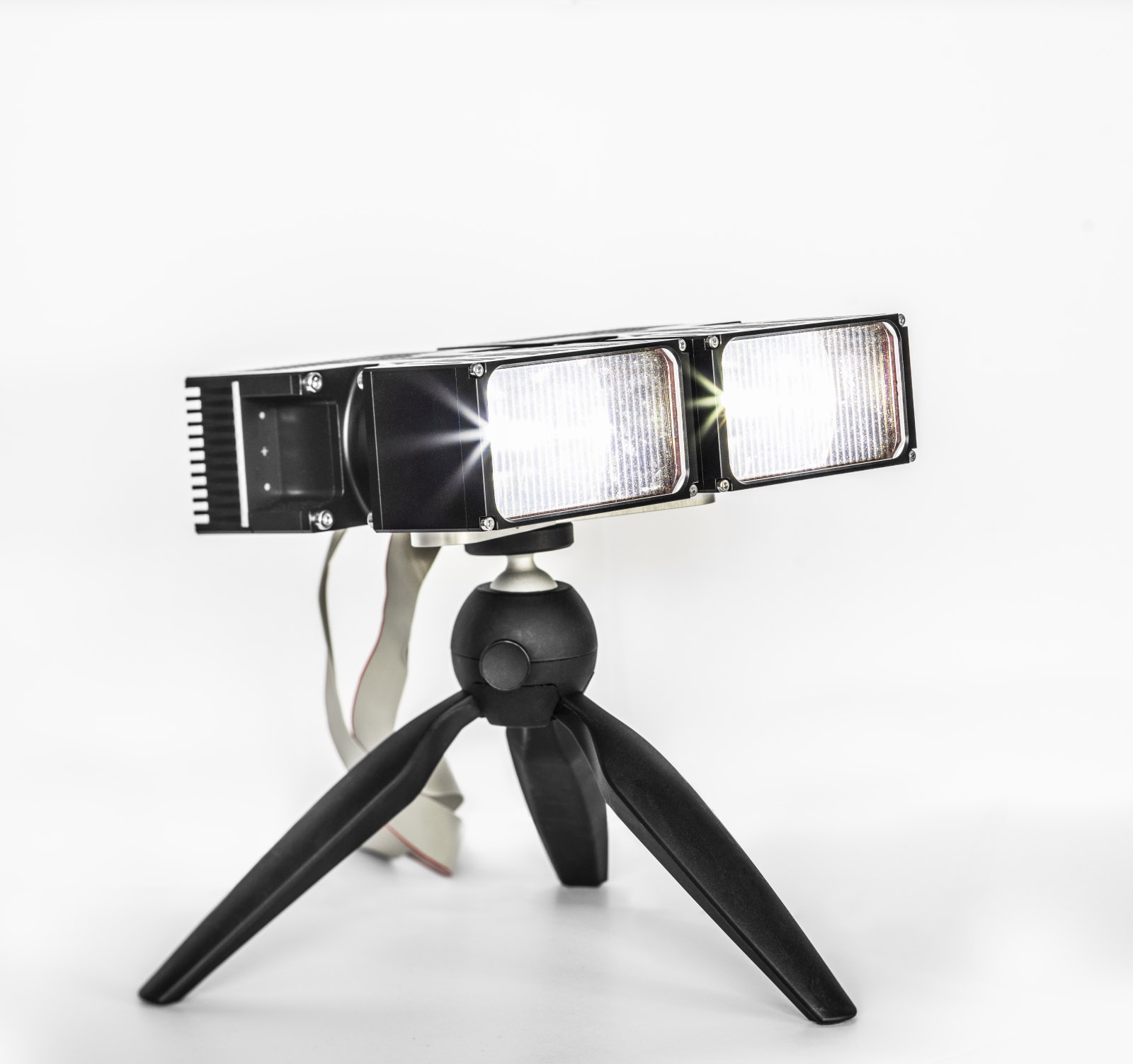 Success in the increasingly competitive automobile market is reserved for those who combine well-engineered products with attractive design, for example through the perfect integration of headlamps. Fraunhofer researchers have developed a new lighting technology that gives designers more freedom to create vehicles with unconventional styling and also provides additional benefits to drivers and auto manufacturers alike. The prototype will be presented at the LASER World of PHOTONICS trade fair from June 24 – 27, 2019.

The Fraunhofer Institute for Applied Optics and Precision Engineering IOF in Jena has developed a new generation of vehicle lights which not only exceeds legal and automotive-industry requirements for illumination performance and functionality, it is also more efficient, more compact and significantly more flexible than current systems as regards their location on the vehicle. 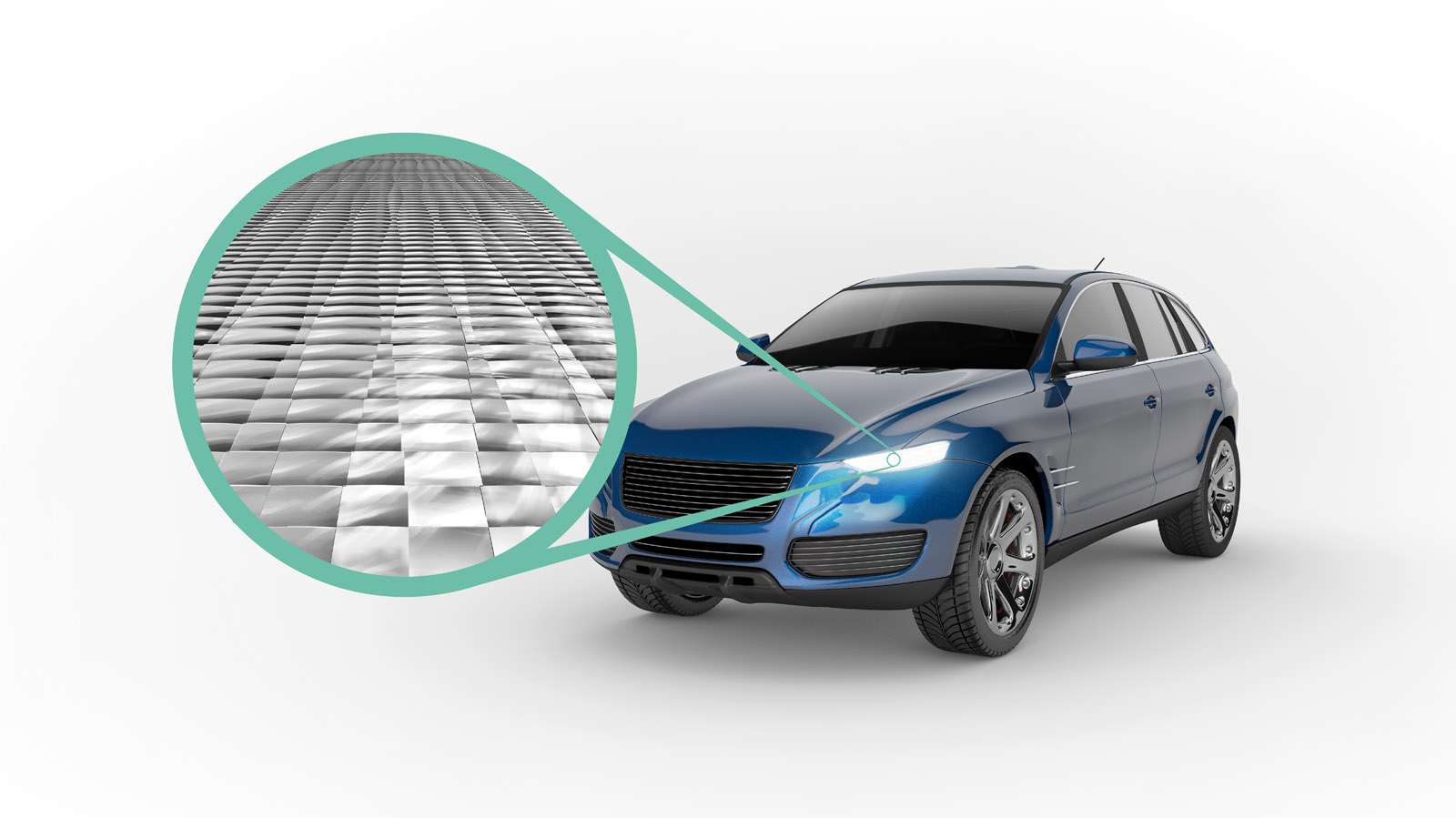 At this year’s LASER World of PHOTONICS trade fair, scientists from Fraunhofer IOF will present the second functional prototype of a segmented high-beam unit which minimizes light scatter. The unit is based on a multi-aperture projector which has been in continuous development for several years. 200,000 micro-optical elements focus the light optimally in the vehicle’s direction of travel.

The segments can be deactivated as necessary, either individually or in groups, without time delay. Combined with modern vehicle sensor technologies, this makes it possible to effectively prevent the high beam from blinding oncoming motorists. In addition, the design requires significantly less installation space compared to conventional systems.

Not only can the light be dimmed specifically for oncoming traffic, it is even possible to protect pedestrians and e.g. cyclists without lights from being impeded by glare. This increases the level of safety for all road users.

The project relied on a group of advisors from automotive manufacturers and component suppliers. They were thus able to provide input on the desired parameters of the high and low beam light as well as on the mechanical design requirements. Participants in the group include such renowned brand names as AUDI, HELLA, Trilux and OSRAM. 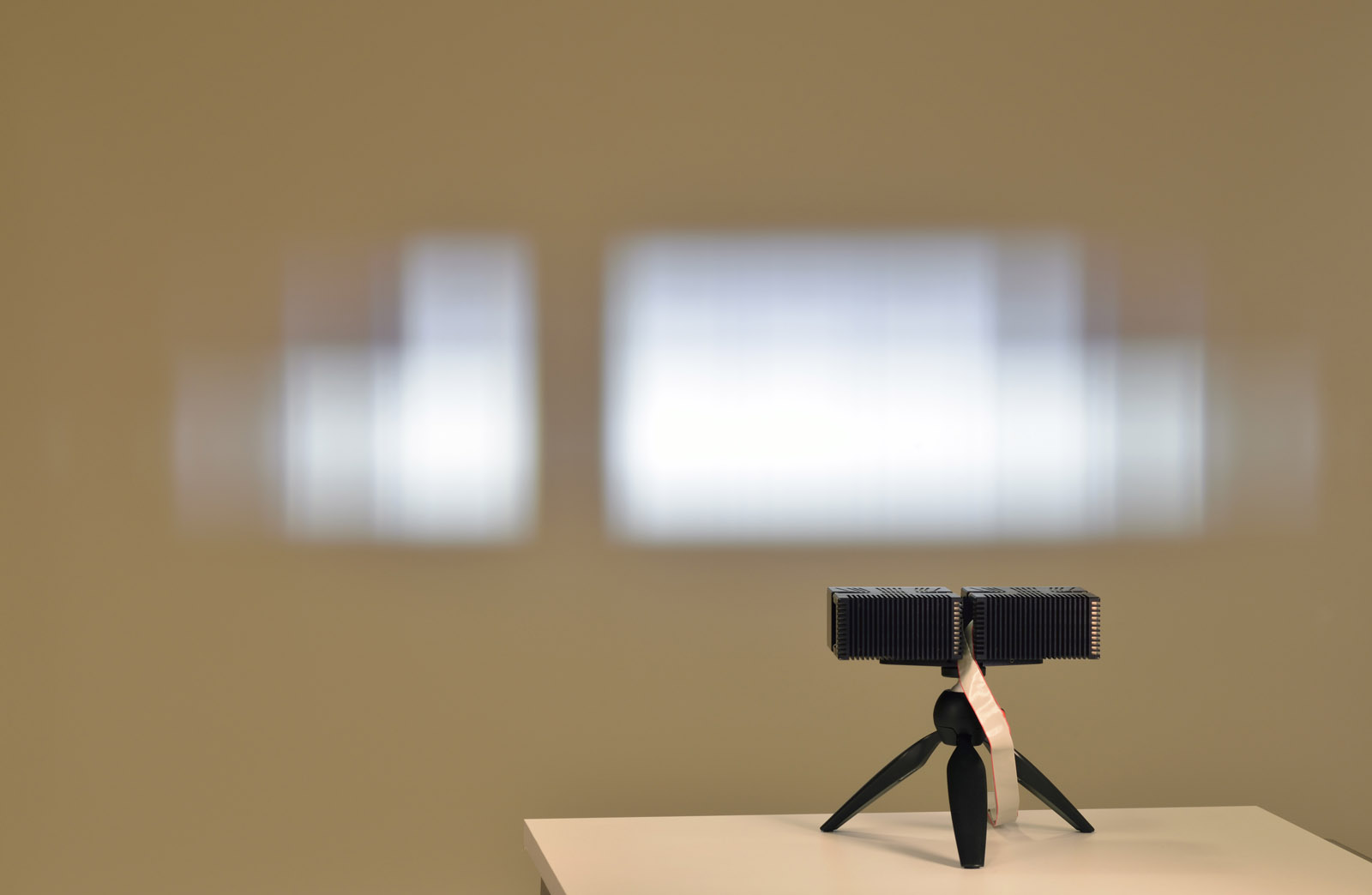 The automotive manufacturers will profit in coming years from considerably greater creative freedom when it comes to designing headlamps. Designers are thus completely free to decide whether to install the headlamps on the outer edges of the vehicle’s nose, as is usually done, or as a narrow strip across its center.

This is because the system enables a very small installation depth and provides much greater freedom in terms of dimensions and shape. “The headlamps no longer have to be rectangular: the designer can choose any other shape desired,” says Stephanie Fischer. “Space requirements of larger optical units limited design possibilities in the past.”

In addition, the new system increases the LED light yield. For example, when set to low beam only 35 percent of the light yield is lost, an excellent value for LED headlamps. This increase in efficiency also improves the energy balance in the vehicle and raises acceptance levels for automotive applications.

The high-beam unit consists of two modules, each containing seven individually controllable LED clusters. A total of four collimation lenses direct the light from the LED clusters onto two tandem lens arrays. These micro-optical elements handle the distribution of the light from the individual LEDs. Thousands of micro-lenses precisely guide the light to the respective illumination segments. Each segment can be switched on or off in a fraction of a second by individually controlling the total of 24 LEDs.

For the first time, rectangular polymer lenses of various dimensions were used to achieve more precise light modeling. The smallest variant measures 0.045 mm x 0.180 mm. Here Fraunhofer IOF developed its own new production method for rectangular lenses, the “High Five” grayscale lithography system. High Five is not only capable of producing extremely fine microstructures, it can also create the relatively large depth of profile (up to 100 μm) needed to optimally exploit the available luminance of the LEDs.

Fraunhofer IOF has now successfully realized the first prototype of a low-beam headlamp module. Once all the components have been completely developed, 8 000 micro-lenses will ensure optimum visibility at night and in poor weather conditions.

The researchers will present their results at the LASER World of PHOTONICS trade fair in Munich from June 24 – 27, 2019 in Hall B3, Booth 327.