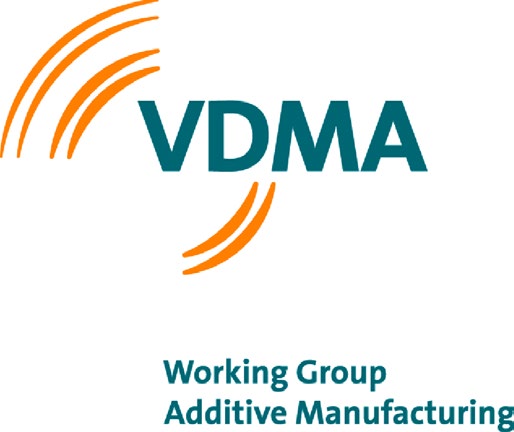 “Almost three quarters of our member companies expect their business in Germany to grow over the next 24 months,” reports Dr. Markus Heering, Managing Director of the Additive Manufacturing Working Group within the VDMA. At the same time, in the current autumn survey among the approximately 200 members, a full eight per cent report declining sales in the last twelve months. “Against the backdrop of the current tense geopolitical situation and the continuing rise in energy and raw material prices, we were pleasantly surprised by the figures,” he says.

The responses to the current member survey cover the entire spectrum of the additive process chain. AM equipment manufacturers and their suppliers are just as strongly represented in the survey as suppliers of materials, software, or consulting as well as research institutes and AM manufacturing service providers. Around three quarters of the members process metals, 53 percent plastics, with one third of the members active in both plastics and metal printing. The range of processes used corresponds to the diversity in the market.

This broad base of the member survey suggests that the young AM industry as a whole has developed high resilience to the economic disruptions. “With their highly flexible manufacturing processes, short delivery times and superior functionality of AM components of any complex shape, our members find the right answers to the current challenges of their target markets,” explains Heering. Twenty-seven per cent of the respondents see mechanical and plant engineering as the most important field of application, closely followed by aerospace and medical technology, each named by 23 per cent. Eight per cent each name the automotive and consumer goods sectors as important user industries. This evenly distributed customer structure is joined by another trend that speaks for the increasing maturity of the industry. At 35 per cent, additively manufactured series components are now almost as relevant to the members as prototypes.

The increasing breadth of applications has given almost a quarter of the respondents sales increases of over 20 per cent in the last twelve months. For another 52 percent of member companies, the increases were in the range of up to 20 percent and 17 percent reported unchanged business. In detail, a slightly declining growth trend can be seen in the last half-year: the increases mainly settled in the single-digit percentage range. The trend is confirmed concerning at the short- and medium-term expectations in the AM domestic market. In the coming half-year, 48 percent expect stagnating business and only 46 percent growth. Whereas, the outlook for the next 24 months shows unbroken optimism: a full 74 per cent of member companies expect growth, only 20 per cent stagnation and a full six per cent expect a decline in market development.

The member companies’ export expectations give a similar picture. Also here, the optimism has slowed down in the short term. Almost 60 percent expect stagnating foreign business in the next twelve months; only 40 percent are set on growth. Looking ahead to the next 24 months, the tide turns: 58 percent expect growth – 40 percent expect stagnation. Indeed, the mood is slightly gloomier than in the last two surveys in autumn 2021 and spring 2022. “Nevertheless, the overall picture remains positive despite the looming economic crisis,” explains Heering. This is also supported by the member companies’ continued high willingness to invest and their focus on the development of new products and the developing of new markets, from which the majority of respondents expect positive effects on their own business in the coming months.

Around 200 companies and research institutes work together in the Additive Manufacturing Working Group under the umbrella of the German Engineering Federation (VDMA). Plant manufacturers, suppliers of components and materials, industrial users from the metal and plastics sectors, service providers from the software, manufacturing and finishing sectors as well as researchers are all pursuing a common goal: the industrialisation of additive manufacturing processes.