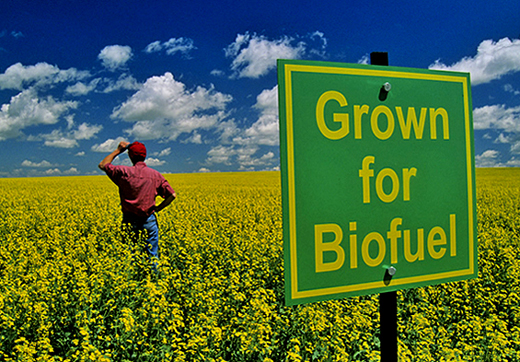 The study will be presented and discussed for the first time in Brussels on 26 September 2017. Please find the full program of the international conference “Sustainable First and Second Generation Bioethanol for Europe – Opportunities for People, Planet and Profit” at www.bio-based.eu/sustainablefuels

Twelve main criteria were selected in order to evaluate the sustainability of first and second generation bioethanol. The criteria selection was based on the most current standards and certification systems of bio-based fuels and materials, including a wide range of environmental, social and economic aspects. A dedicated focus was put on food security due to the continued allegations towards first generation biofuels that they cause harm to food security.

The analysis of twelve different sustainability criteria shows that all of the researched bioethanol feedstocks offer significant strengths, but also weaknesses in terms of sustainability:

All feedstocks realise substantial reductions of greenhouse gas emissions (GHG). While second generation fuels perform better in this regard, this effect is strongly relativised, when offset against the abatement costs. Reducing GHG emissions through second generation biofuels is a rather expensive way to mitigate climate change.

When it comes to the often-criticised negative impact on food security of first generation biofuels, the evidence points into a different direction. The competition for arable land is counterbalanced by the excellent land efficiency of first generation crops (especially sugar beet) and protein-rich co-products (especially wheat and corn). In this regard, the utilisation of short rotation coppice (SRC) for biofuels poses much stronger competition for arable land, since they use up much larger acreages of arable land and provide no protein-rich co-products.

The results clearly show that the systematic discrimination against first generation biofuels of the current Commission proposal is in no way founded on scientific evidence.

On the way to a climate-friendly Europe, biofuels made from any kind of feedstock offer advantages in terms of GHG emission reductions and should indiscriminately be part of a viable transitional strategy towards low-emission mobility, as long as they adhere to sustainability criteria.

The authors recommend keeping the existing 7% for food-crop based fuels and not lowering the share of first generation fuels further in the REDII.

The report analyses the strength and weaknesses of all biomass feedstocks for bioethanol production by criteria such as GHG footprint, GHG abatement costs, land use efficiency, food security, protein-rich co-products, employment, rural development, livelihood of famers and foresters, LUC / iLUC, logistic, infrastructure, availability, traceability, social impacts, biodiversity and air and soil quality. The results can be summarised per crop as follows:

The main strength of sugar beet and sugar cane is their very high land efficiency. No other biomass can produce more bioethanol per ha. High GHG reductions and especially the lowest GHG abatement costs are additional strong points. The infrastructure and logistics are well developed, co-products are used as animal feed. The main disadvantages are the impacts on biodiversity, water, air and soil due to intensive agriculture – but the impacts are limited to small areas because of the high land efficiency.

The main strength of starch crops are the protein-rich co-products, which are valuable to be used as animal feed. The land efficiency is lower than for sugar crops, but higher than for wood. The GHG reductions are lower than for other types of biomass, but this is only partly true and to a large part due to the specific LCA standards applied in the RED. The infrastructure and logistics are well developed for starch crops. The main disadvantages are the impacts on biodiversity, water, air and soil due to intensive agriculture.

The main strength of wood as a fuel feedstock is the low competition with arable land and consequently the absence of direct or indirect land use change risks (LUC / iLUC). For Short Rotation Coppice (SRC) this is only true if they are not cultivated on arable land. The infrastructure and logistics are well developed for wood, but less for SRC. The GHG reduction is on the same level as for sugar crops, but the GHG abatement costs are much higher. The main disadvantages are the very low land efficiency and the missing co-products for the feed market.

The main strengths of waste and residues as fuel feedstocks are the highest GHG reductions – partly because of the specific LCA standards applied in the RED – and the lowest impacts on biodiversity, water, air and soil. The main disadvantages are the high GHG abatement costs, barely developed infrastructure and logistics, low traceability and most important the limited availability.

The short version of the study “Sustainable First and Second Generation Bioethanol for Europe” is available at www.bio-based.eu/policy. The long version will be published there as well in the coming week. The study was conducted by nova-Institute and ordered by CropEnergies.

nova-Institute is a private and independent institute, founded in 1994; nova offers research and consultancy with a focus on bio-based and CO2-based economy in the fields of feedstock, techno-economic evaluation, markets, sustainability, dissemination, B2B communication and policy. Today, nova-Institute has 25 employees and an annual turnover of more than 2.5 million €. Direct link : www.nova-institute.eu