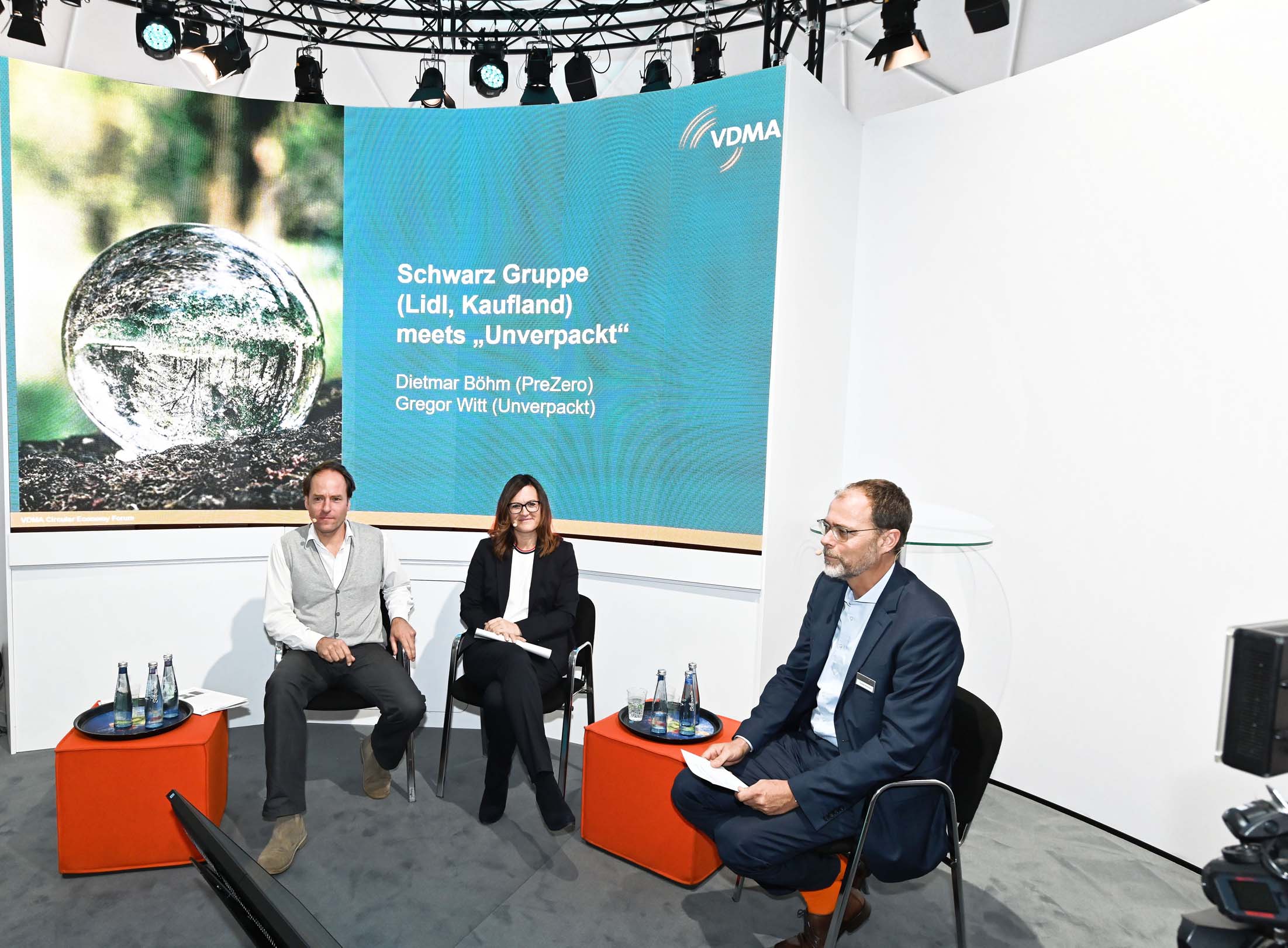 • Consumers should sort less instead of more

Düsseldorf, 17 October 2019 – The amount of plastic packaging worldwide continuously increases, but at the same time there is a shortage of material available for recycling in many places. Even where there are efficient collection systems. The problem is often that consumers do not collect enough. For Gian De Belder, recycling specialist at the consumer goods group Procter & Gamble, the solution to this problem lies in simplification. “There should be a single bin for all consumers into which they throw all packaging waste. Only then will the waste be separated,” said De Belder in the VDMA pavilion on the second day of K, the leading plastics industry trade fair, where the focus on Thursday was on plastic packaging.

Consumers must be persuaded to do the right thing and collect garbage. At the same time, they shouldn’t be overburdened. There is some packaging, with which it is difficult to say whether it is made of paper or plastic. De Belder was convinced that “If we can persuade the consumer to collect more through simplification, there will very quickly be more material for recycling”. This is also important for Procter & Gamble. The company has set itself the goal of halving the use of new fossil-based plastics by 2030. All packaging should simultaneously become recyclable. The consumer goods giant aims to achieve these goals above all through cooperation right across all means of added value creation. P&G is therefore also a member of the Ceflex industry association, which, according to project consultant Dana Mosora, has set itself the goal of increasing the contribution of flexible packaging towards achieving a circular economy and has involved representatives from all stages of the plastics value creation chain in it.

Strong increase in the food sector

Worldwide demand for packaged food increased again in 2018. For this year, VDMA NuV, as trade association for food and packaging (German: NuV) expects demand to increase by a further 13.2 percent, and by 16 percent by 2023. Demand is growing fastest in China, for which the trade association forecasts a 24 percent increase of over the next four years. “Among the drivers of demand are the growth of the world population, the increase in prosperity, but also the growing number of smaller households”, explained NuV expert Vera Fritsche in the VDMA pavilion. Flexible packaging, such as films or bags, has developed particularly fast.

Within the EU, Germany produces the most plastic packages – one in four and 60 percent of all food sold is packaged in Germany. The IK trade association for plastics packaging (Industrievereinigung Kunststoffverpackungen) has established a 2.7 percent increase in the number of packages for 2018 and expects a one percent increase in 2019. Companies in the industry are confronted with the EU’s requirement for them to achieve 100% recyclability of their products by 2030. According to IK Managing Director Dr Isabell Schmidt, much more investment in recycling infrastructure will be necessary to achieve this goal. However, she questioned whether it makes sense at all to achieve this 100 percent level under all circumstances. “Switching from hard-to-recycle multilayer films to more easily recyclable monolayer films involves an increase in weight”, she said. This in turn increases the CO2 footprint, as, among others, it means more transport, with associated higher CO2 emissions and increased costs.

Plastic packaging is not only light. It also prevents food from spoiling. “Between 30 and 40 percent of all food does not reach the plate”, said Stefan Glimm of STC Consult, a management consultancy specialising in the food industry. That is why plastic packaging is especially important for food. In addition to longer shelf life, it also offers a high degree of hygiene and thus prevents the spread of diseases, especially in developing and emerging countries. Gregor Witt, chairman of the Association of Unpackaged Shops (German: Unverpackt-Läden) Association, countered this by saying that it is definitely better for the environment to desist from packaging as much as possible and to instead buy products from the region in which they originate. However, he admitted that this could be achieved more easily in Germany than in many other parts of the world. “I would like the plastics industry to produce packaging in such a way that it can really be recycled”, he said.

—————–
In our world, plastics are indispensable. The downside is the littering. Carelessly discarded plastics products condense to form thick carpets, not just on rivers and seas, but also on land. A complete circular economy could prevent this evil and put the focus back on the benefits of plastics. In order for this to be a success, we all need to work together: processors, raw material manufacturers, mechanical engineers and recyclers, but also brand owners, end consumers and politicians.
VDMA will shine the spotlight on circular economy at the leading K 2019 trade fair in Düsseldorf in October and show how closed loops can work effectively. Throughout the process, stakeholders will be having their say in the association’s daily programme during this international industry event.

More than 230 companies are members of the association, covering more than 90 percent of the industry’s production activities in Germany. Ten percent of our member companies come from Austria, Switzerland and France. The German member companies represent sales of EUR 7 billion in core machinery and EUR 10 billion including peripheral technology. Every fourth plastics machine produced in the world comes from Germany; the export rate is 70 percent. Ulrich Reifenhäuser, Member of the Management Board of the Reifenhäuser Group, is the chairman of the association.