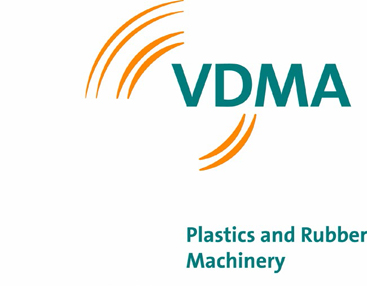 • Poor plastics image has an impact on attracting young talents

Frankfurt 20 May 2021 – The plastics industry is undergoing a transformation towards a circular economy. Common goals are resource conservation through recycling, but also CO2 reduction in the manufacture and use of plastics products. With its technology developments, plastics machinery manufacturing is making a significant contribution to the implementation of circular economy. However, the image of plastics is still poor.

Often, the poor opinion of plastics products is due to a lack of information. The VDMA Plastics and Rubber Machinery Association is therefore committed to constructive dialog with industry representatives, politicians, but also with the public. This is because the critical attitude towards plastics also has a negative impact on the recruitment of young talents in VDMA member companies. Young people are increasingly demanding sustainable action from their employers. They want to identify with their company and experience that their work contributes to something good. At the plastics machinery manufacturer Kurtz Ersa, this expectation has led to a change in thinking – with success.

Today, sustainability has a high priority at Kurtz Ersa, a family-owned company based in the Spessart region of Germany. In recent years, the company has successively reviewed and improved its products, its business processes and also its social behavior. In the meantime, “Sustainability” is part of the brand core, the many different sustainability projects of the company are centrally managed and strategically aligned.

In addition, the clear goal has been formulated to be climate-neutral by the 250th anniversary in 2029. “We have realized, that we have been thinking too short-term and have done too little, but the young people in our company as well as the various environmental movements have sharpened our focus,” says Managing Director Uwe Rothaug. 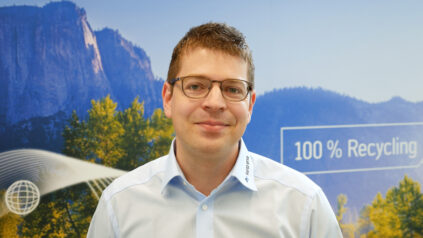 Kurtz Ersa turns many screws at the same time. The manufacturer of plastics machinery is now focusing more on technologies for its products that conserve resources, promoting the circular economy, but also on processing alternatives to oil-based plastics. “We are looking for ways to optimize our machines with these sustainability goals in mind, but we are also moving into completely new technologies for new developments,” says Constantin Kemmer, Head of Research & Development, Kurtz GmbH. One example: Thanks to new technology, an energy saving of 90 per cent was calculated for a newly developed machine. A big step towards sustainability, Kemmer thinks.

Not only in development and production, but also in sales, in administration, in the buildings and in the warehouse, everywhere Kurtz Ersa is looking for ways to initiate sustainability processes. “We are currently turning over every stone,” explains Marketing Manager Marcus Loistl. As soon as a potential for improvement is identified, it is time for implementation. “Speed is important. You see an effect quickly. That makes the efforts credible and you take others with you,” Loistl knows. The acceptance of the measures is particularly high among the younger staff. There, the commitment is also particularly high. 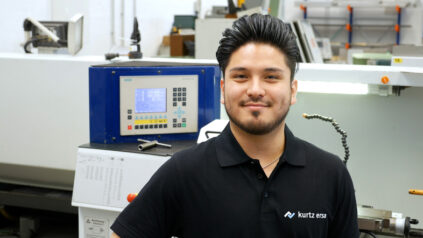 Some of the younger employees have only developed a sensitivity for sustainability in recent years. The skilled worker Omid Asimi, for example, did his training at Kurtz GmbH. He started it at that time because he was impressed by the machines. Over time, he also encountered criticism in his private environment and was asked why he was working for a company from the plastics industry. “I then took a closer look and realized that Kurtz Ersa is looking for ways to process plastics as sustainably as possible. I think that’s right, because plastic itself is a very important material everywhere in the world,” he says today. Product manager Michael Müller was also initially attracted to technology in mechanical engineering when he joined Kurtz GmbH. In the meantime, he pays a lot of attention to sustainability. “I started a family, built a house. We had offspring, then the mindset changes. You want to leave something for the children,” he says.

Sustainability also plays an increasingly important role in job interviews at Kurtz Ersa. Young applicants in particular are less interested in a steep career with a company tablet and company car than they used to be. Instead, they want to be able to identify with the company and its values. Job advertisements are changing accordingly. “We recently advertised a position for a sales engineer in which we deliberately deviated from the usual job description and put the green idea in the foreground. We also wanted to arouse emotions with this,” says HR Manager Tina Grummet.

“If we continue like this, I am convinced that we will achieve a lot,” says Rothaug. But the changes cost money. So far, Kurtz Ersa alone is paying for the now considerable costs on the way to more sustainability. The costs could be one reason why many medium-sized companies are not yet following the example of the family-owned company at the same speed. Rothaug would therefore like to see a framework for a fair distribution of the burden that defines who has to make which contribution on the way to more environmental and resource protection – from the producer to the end consumer. But he is optimistic: “I firmly believe that the world will change in terms of sustainability, and I also firmly believe that the plastics industry will manage to help shape this path.”

Video statements by Kurtz Ersa’s young talents on the topic of sustainability:

More than 200 companies are members of the association, covering more than 90 percent of the branch production in Germany. Ten percent of our member companies come from Austria, Switzerland and France. The German member companies represent sales of EUR 7 billion in core machine engineering and EUR 10 billion including peripheral technology. Every fourth plastic machine produced in the world comes from Germany; the export rate is 70 percent. Ulrich Reifenhäuser, Member of the Management Board of the Reifenhäuser Group, is the chairman of the association.