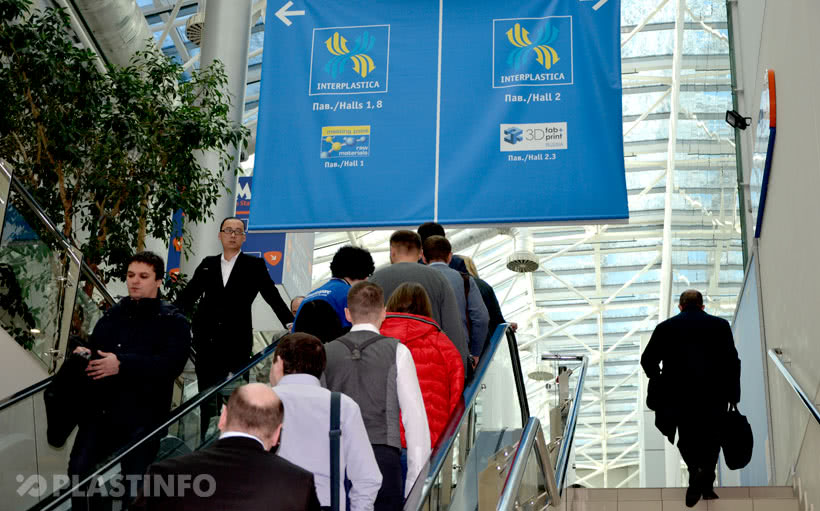 The economic recovery in Russia – particularly in the plastics sector – has resulted in interplastica 2018 being very popular with exhibitors. The leading trade fair for the industry will again be presenting a representative overview of the available machinery and equipment for the plastics and rubber industry, raw and auxiliary materials, plastic and rubber products and services from 23 to 26 January. The event’s organisers – Messe Düsseldorf and its subsidiary OOO  Messe Düsseldorf Moscow – are expecting around 600 companies to attend from Russia and other countries. Strong participation is anticipated from the host country as well as from Germany, Italy, Austria and Turkey in particular. The official closing date for registering for interplastica 2018 is 4 October 2017. The corresponding documents are available online at www.interplastica.de.

Russia’s economy started to grow again in 2017 and the gross domestic product is expected to increase by between 0.5 and 2%. Investments will probably increase by 1.5%. Selected sectors, including the machinery and automotive construction, aerospace, electronics, IT and telecommunications, chemicals and mining industries, are being supported by the government. Petrochemical and industrial-gas generation plants are being built for the purposes of manufacturing intermediate and end products with greater margins and with the aim of improving supplies of raw materials from domestic sources to the country’s own chemicals industry. The plastics manufacturing and processing sectors, which have already been increasing their capacities for some time now, are  also benefiting from  this support  (Source: GTAI – Germany Trade & Invest).

A considerably improved outlook for the plastics and rubber industry was already apparent at interplastica in Moscow in January 2017. The exhibitors reported that business people were  extremely interested in their presentations – with some even being ready to place orders. Trade visitors utilised the opportunity to acquaint themselves with new developments on the global market and to commence negotiations with suppliers at the event. All of which augurs well for the upcoming fair, particularly as there remains a considerable need for investment in large sections of the manufacturing industry in Russia. 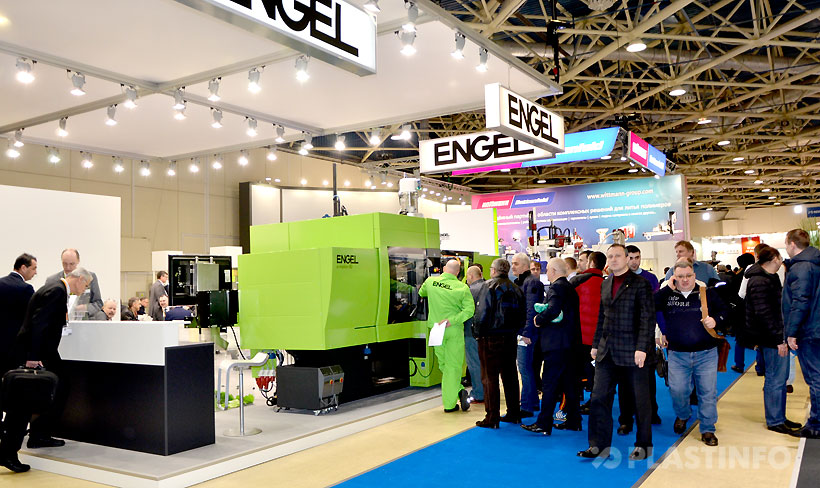 That’s why trade visitors from Russia and neighbouring countries remain highly interested in innovative technologies. It is also the reason why the 3D fab+print Russia exhibition and conference event is being expanded to focus on the rapidly growing areas of additive manufacturing and 3D printing. The première at interplastica 2017 attracted widespread attention so that all the talks and presentations were very well attended. Experts from Russia and other countries will again be discussing developments, opportunities and challenges in the young technological sector and exhibitors will be presenting their products and solutions at the upcoming event.

The Polymer Plaza in Hall 1 will be an integral part of the programme at interplastica trade fair. Fifty-eight percent of all  visitors attending interplastica 2017 were very interested in the presentations and discussions relating to raw-materials production, application and processing and were unanimous in their opinion that the findings shared at the event would be really useful to their business activities. Next year’s event will be focusing on lightweight and composite products – subjects that a survey of visitors to interplastica trade fair showed are regarded as particularly important.

interplastica 2018 will again be occupying Halls 1, 2 and 8 at the Expocentr Krasnaya Presnya in Moscow. The upakovka – processing and packaging – Russia’s leading trade fair for the packaging industry and associated processing industry – will also be taking place at the same time  and  will  be  directly  linked  to  the  Hall  Forum.  That  means  that exhibitors  and  visitors  will  again  be  able  to  benefit  from  interesting synergy effects.

interplastica is part of the Global Gate brand in which Messe Düsseldorf has bundled its worldwide activities for the plastics and rubber industry. The product portfolio includes 10 events which draw on the competence and experience gained from the organisation of the world’s leading fair – the K in Düsseldorf – as well as from the staging of successful regional events. The 10 trade fairs represent professional communications platforms and therefore open the doors to highly promising growth markets in Central and Eastern Europe, the Middle East, North Africa, China, India and South-east Asia. All information is available at  www.k-globalgate.com.