SIGMA Engineering presents the latest release SIGMASOFT® v5.3 at MOLDPLÁS exhibition, Portugal. Another novelty is the new SIGMAinteract®, which makes the communication of simulation results within the company and with customers much easier. A showcase highlights SIGMASOFT® Autonomous Optimization, which allows the multi-criteria optimization of the injection process. The example utilizes this approach for the optimization of tempering concepts to ensure dimensional stability of the part. 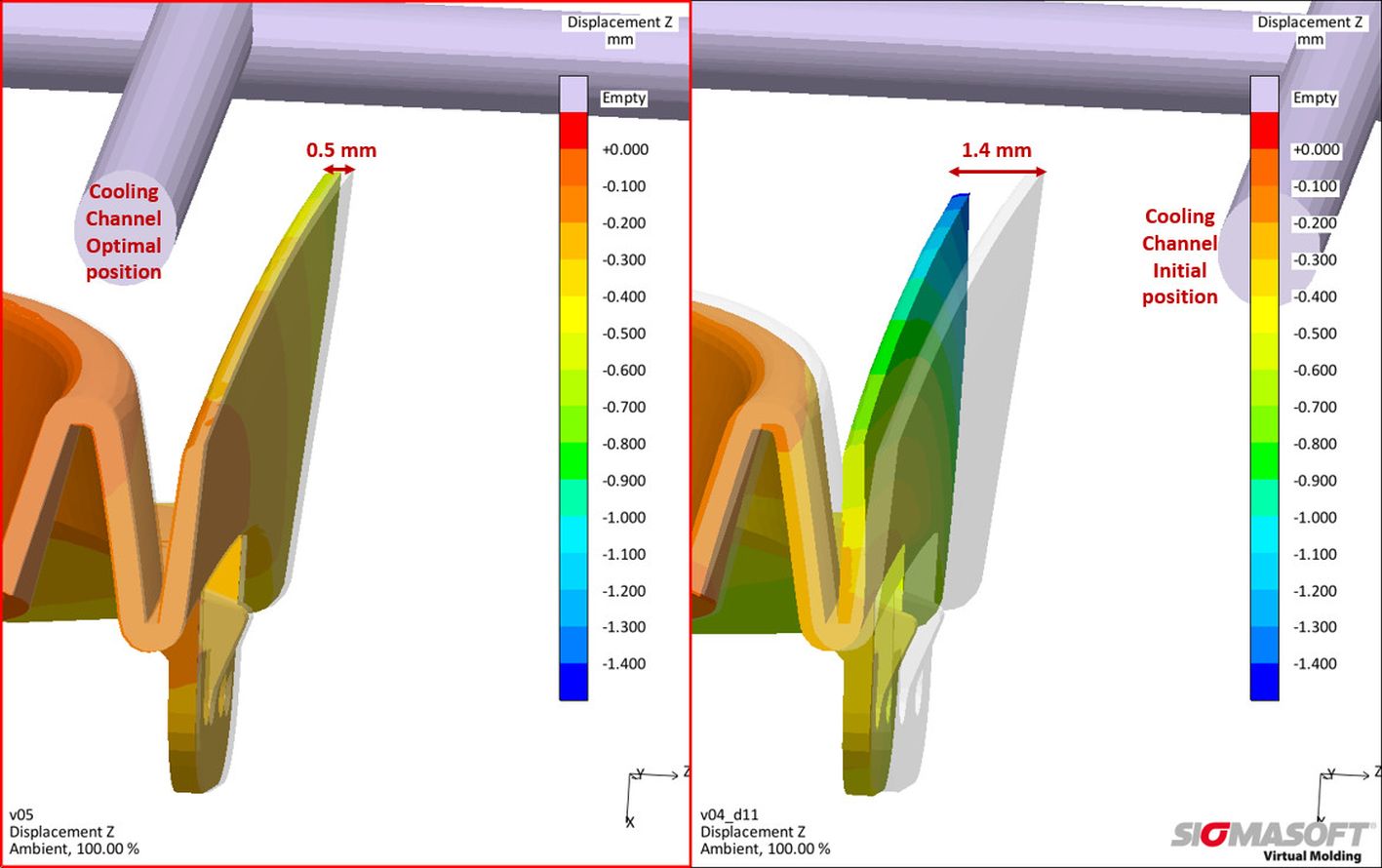 Aachen, October 10th, 2019 – As in the past years, SIGMA Engineering GmbH from Aachen, Germany, is exhibiting at MOLDPLÁS, Batalha, Portugal, between November 6th and 9th, 2019. At its booth (Pavillion 2, booth 2B09), SIGMA will present its latest release SIGMASOFT® Version 5.3 as well as the new SIGMAinteract®, which allows the communication of simulation results within the company and with customers.

SIGMA demonstrates with a customer example how to prevent deformation of a part by analyzing the positioning of the cooling channels. Therefore, SIGMA uses one of the key technologies from SIGMASOFT® – the Autonomous Optimization. This tool allows a multi-criteria optimization of the whole injection process in short and efficient way.

SIGMA was consulted by one of its customers to help reduce the deformation of a part out of 20% mineral PP after molding. As this part had to be assembled on a bumper, it should not have any docking defects such as gaps between the two parts. Thus, tolerances for the part were tight.

The first thing that was evaluated is the homogeneity of the cavity temperature and its effect on the part deformation. A first simulation in SIGMASOFT® over 10 cycles permitted the analysis of the deformation and its causes: a significant hot spot on the moving half of the mold was identified. Regulation of this area is difficult due to the shape and the small wall thickness of the cavity.

In SIGMASOFT® Virtual Molding, the drilling geometry is parameterized in such a way that it can move along the Z axis of the model (Fig. 2). Afterwards, the virtual DoE functionality, which is included in SIGMASOFT® Autonomous Optimization, automatically calculated all possible positions of the drilling. The deformation of the part is described via the distance between the walls of the part, using position sensors. This makes an automatic determination of the impact of the channel position on the deformation possible. The comparison of the two simulations, initial and optimal, shows the gain on the dimensional tolerance of the produced part. The deformation is reduced by a total of 0.9mm from 1.4mm to 0.5mm (see Figure 1).

With the help of SIGMAinteract® all results from this study were directly shared with the customer and project partner. Thus, the communication was made significantly easier and a maximum gain of knowledge was guaranteed. Thanks to the conducted virtual DoE, the customer was able to start production quickly. The modification carried out was low-cost and made it possible to save the existing cavity block. 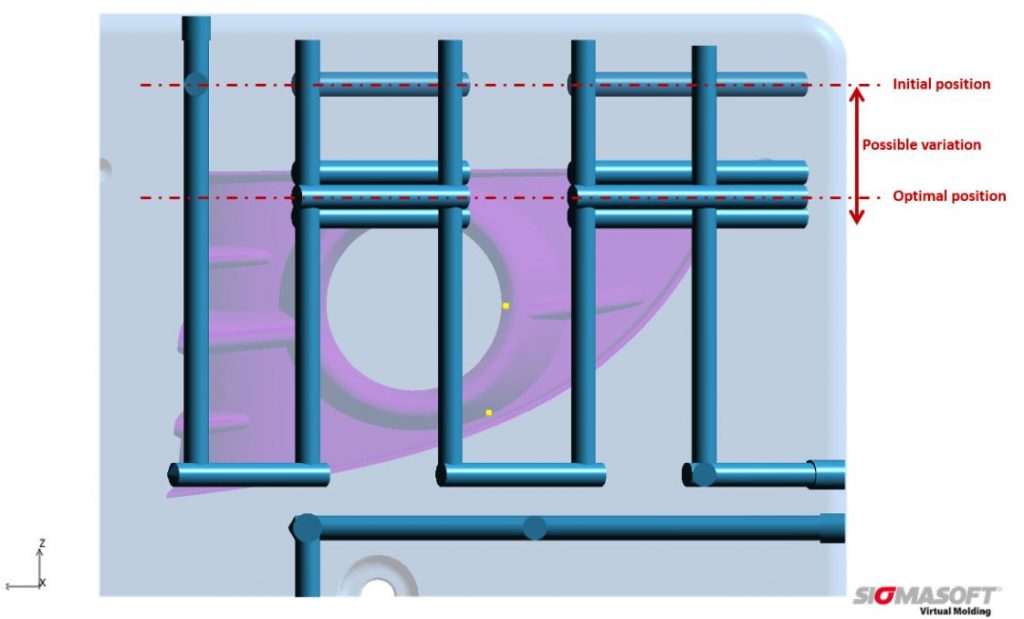 Figure 2 – Geometry of the nozzle side of the mold: determining the ideal position of a new drilling for the tempering channel in z-direction via SIGMASOFT® Virtual Molding

SIGMA (www.sigmasoft.de) is sister company to MAGMA (www.magmasoft.de), the world market leader in casting process simulation technology based in Aachen, Germany. Our SIGMASOFT® Virtual Molding technology optimizes the manufacturing process for injection molded plastic components. SIGMASOFT® Virtual Molding combines the 3D geometry of the parts and runners with the complete mold assembly and temperature control system and incorporates the actual production process to develop a turnkey injection mold with an optimized process.

At SIGMA and MAGMA, our goal is to help our customers achieve required part quality during the first trial. The two product lines – injection molded polymers and metal castings – share the same 3D simulation technologies focused on the simultaneous optimization of design and process. SIGMASOFT® Virtual Molding thus includes a variety of process-specific models and 3D simulation methods developed, validated and constantly improved for over 30 years. A process-driven simulation tool, SIGMASOFT® Virtual Molding provides a tremendous benefit to production facilities. Imagine your business when every mold you build produces required quality the first time, every time. That is our goal. This technology cannot be compared to any other simulation approach employed in plastics injection molding.