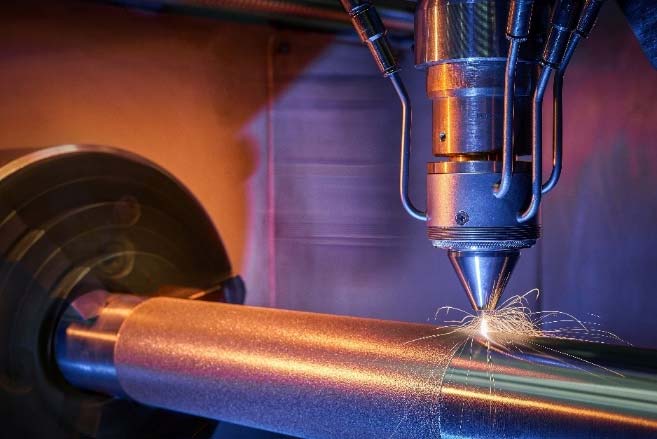 The EMO Hannover 2019, the world’s premier trade fair for the metalworking industry, will be held from 16 to 21 September under the motto of “Smart technologies driving tomorrow’s production”. It will thus be concentrating on the current paradigm shift in industrial production operations, which are no longer focusing (only) on “better, faster, more accurate”, but on the development and implementation of new functions within the framework of Industry 4.0. Digitalisation and intelligent networking in conjunction with numerous new developments, from Big Data, data analytics and artificial intelligence, all the way through to the platform economy, create the foundations for new business models, so that customers and vendors can reach a new level of productivity.

“The last EMO Hannover had already shown that Industry 4.0 has arrived in the machine tool industry,” says Carl Martin Welcker, General Commissioner of the EMO Hannover 2019. “As the world’s leading innovation platform, we are progressing this trend by focusing on the next development step in production operations: the technical options opened up by digitalisation and networking, which are being increasingly reflected in new business models,” he adds. “This doesn’t mean that in future we shall no longer be working on optimising machines and processes in the traditional way. I am, however, confident that quantum leaps forward in terms of productivity, quality and reliability will be triggered primarily by the new technologies. So in 2019 we will be seeing an abundance of solutions that implement new services for the machine tool industry’s customers.”

For new business models on a broad front, first of all the immense quantities of data generated by digitalisation and networking of machines and processes have to be reduced to a usable level. Because only if you can extract the relevant data (Smart Data) from the superabundance of Big Data can you derive an entrepreneurial benefit from Industry 4.0. Last year, scientists at the German Academic Society for Production Engineering (WGP) in their position paper on Industry 4.0 had already published an action guide, and shown how Big Data can be rendered manageable using the data mining method, for example. Besides this guide, the professors at the WGP contribute their state-of-the-art expertise to other bilateral arrangements between the industrial sector and the academic community. Not least, they utilise the EMO Hannover in order to showcase for a global public the projects they are conducting together with industrial partners.

In recent years, artificial intelligence (AI) has achieved some amazing breakthroughs. One of its capabilities, machine learning, enables machines and processes to optimise themselves with the aid of Smart Data. They detect patterns in data flows, and derive the appropriately responsive actions. The system learns from every situation.

Artificial intelligence has already arrived in our everyday reality. To ensure that the mechanical engineering sector also benefits from this, the VDMA has published a study entitled “Machine Learning 2030”, which is intended as a kind of roadmap. The recommendations for companies, politicians and researchers are currently being firmed up and implemented in a VDMA working group. It’s now only a question of time before this futuristic scenario, too, arrives in the factories. The automotive industry, for example, is already making massive use of artificial intelligence, and entering into appropriate alliances. This is adequately exemplified by the cooperative arrangement between Mercedes-Benz and the graphics-chip manufacturer Nvidia. Together, they are aiming to put an AI-based vehicle on the road in the next few years. For machine tool manufacturers, too, artificial intelligence offers an abundance of potential.

There is fresh evidence almost daily that the use of Industry 4.0 is helping to develop new economic structures. More and more platforms are being created, on which manufacturers and service providers can support their customers from a single source using a product-themed approach. So machine tool manufacturers, too, will be well advised to seize the opportunity and take this trend on board. Because the trend towards a platform economy is unmistakeable, as current studies show.

There are already some examples here, like Virtual Fort Knox, a Cloud-IT platform for production companies created by the Fraunhofer Institute for Manufacturing Engineering and Automation (IPA) in Stuttgart. “It functions as an IT backbone for Industry 4.0 solutions, and networks production companies with software vendors and machinery manufacturers. But IT companies, control system and machinery manufacturers will also be offering their solutions.

“We are seeing how new technologies are influencing and even driving forward developments in the machine tool industry,” says General Commissioner Carl Martin Welcker. “By September 2019, numerous specific solutions will be available on the market. I can say this with confidence, since many EMO exhibitors will be using this international shop window, in order to showcase their corporate capabilities and enhance their profiles.” Industry 4.0, he adds, creates new customer needs, to which machinery manufacturers must respond in order to remain competitive. Companies that are quick to embrace this new form of economy can not only utilise the trend for new business ideas, but also get actively involved in designing the platforms concerned. Interested parties will once again find inspiration and specific examples of innovative solutions in Hanover in September 2019.