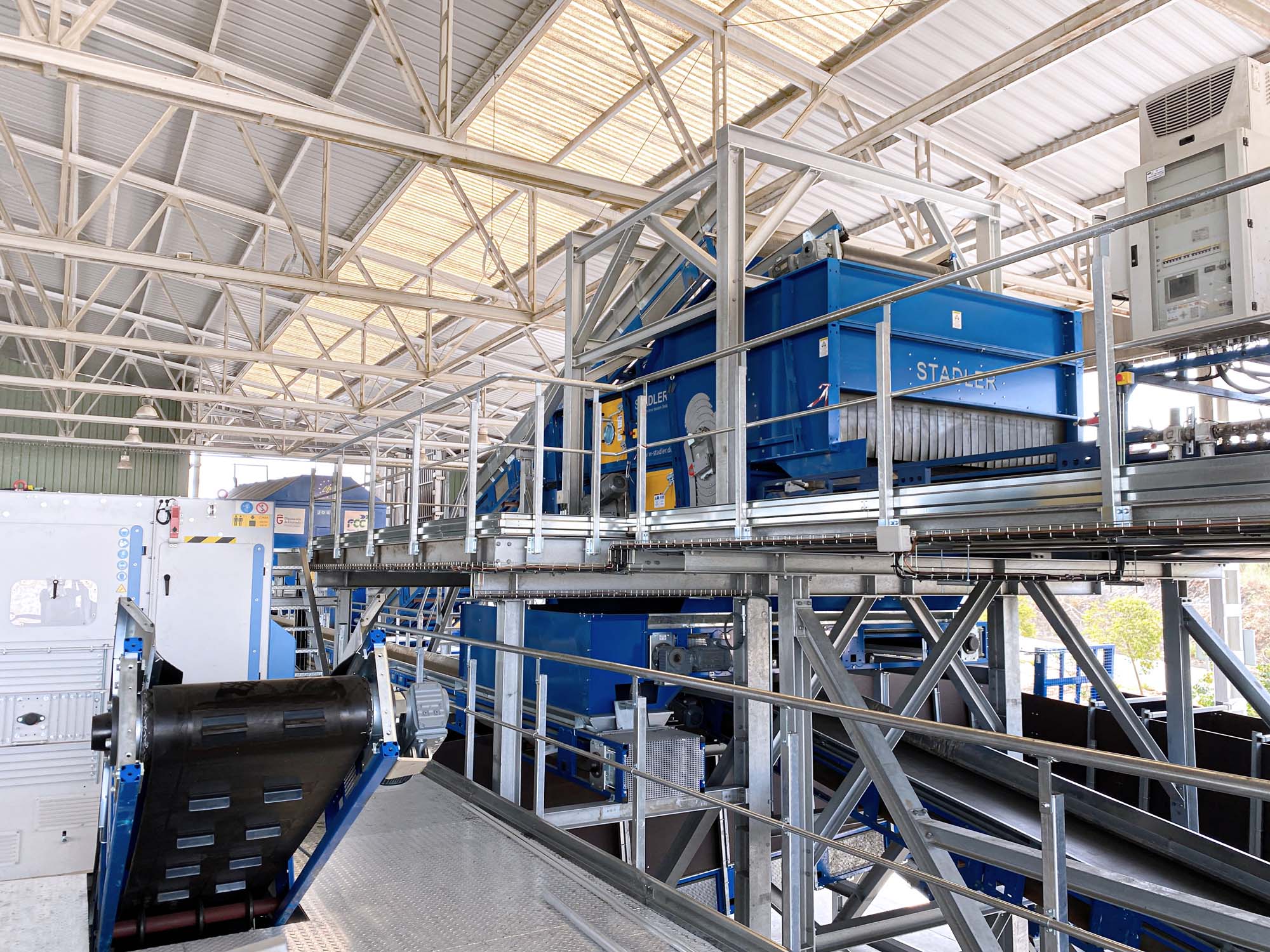 Altshausen, 7 June, 2021 – The LIFE4FILM project (LIFE17/ENV/ES000229), financed by the LIFE programme of the European Union, has the objective of preventing the disposal of plastic film in landfill sites, and recovering this material. LIFE is the financial instrument of the European Union for financing R&D and innovation projects for the environment and climate action. FCC Medio Ambiente coordinates the project and operates the pilot plant located in the “La Ecocentral” complex in Alhendín, near Granada, Spain. It is a world leader in environmental services, which it provides to more than 66 million people in around 5,000 municipalities in 12 countries. In addition to STADLER and FCC, the University of Granada and the companies Ibañez Extrusoras, Lindner Washtech, Lindner Washtech Engineering, Erema and Aimplas are also partners in the project. The pilot plant implements an innovative recycling process that sorts plastic film of polyethylene (LDPE) contained in municipal solid waste (MSW). 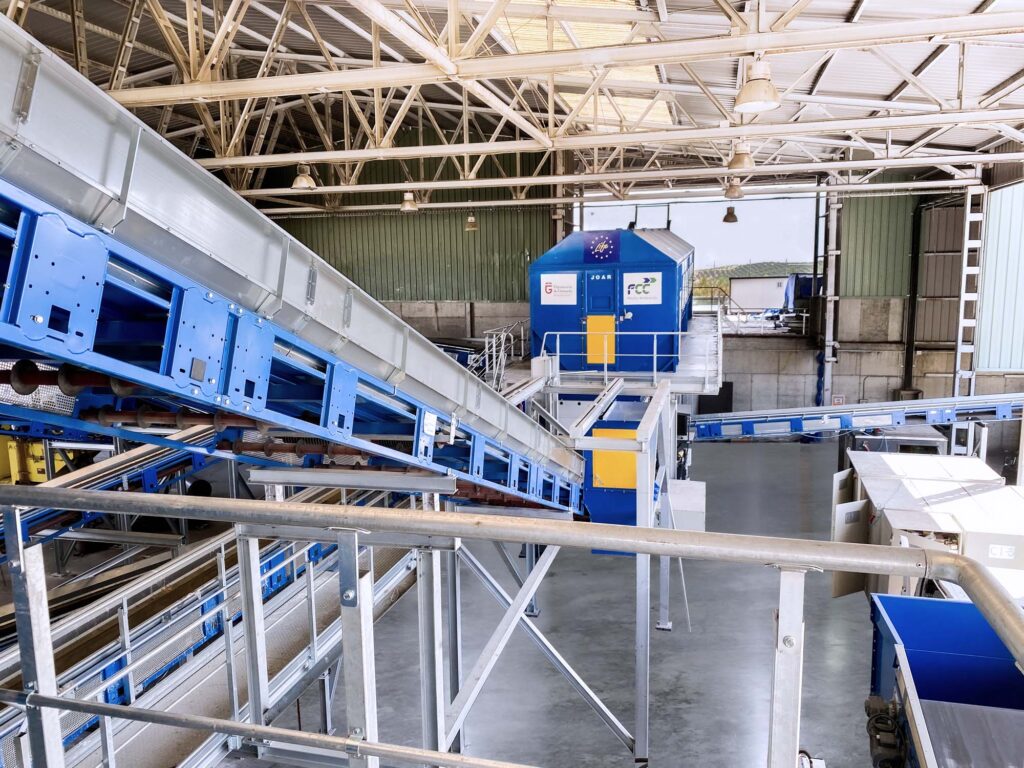 The LIFE4FILM process consists in a pilot of four stages: separation, washing, extrusion and production of the final product. STADLER – the German company with a global reputation for the supply of turn-key waste sorting plants – has participated in the first stage (sorting) of the process at the Ecocentral pilot plant. It has designed and built the integrated sorting plant. Sunil Arjandas Arjandas, waste treatment engineer and project manager for FCC Medio Ambiente, stated: “We are very satisfied with STADLER’s participation in this project for their professionalism and close collaboration. Their technicians are highly qualified and extremely knowledgeable.” 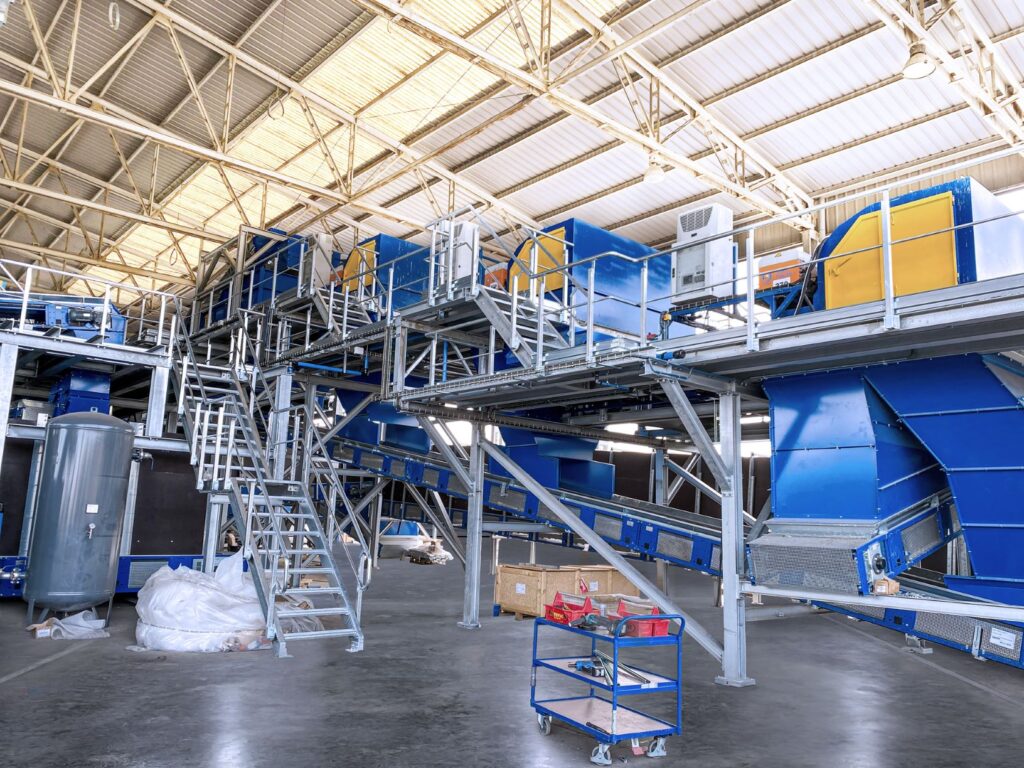 The LIFE4FILM plant has an intake capacity of 10,000 tonnes/year of plastic bales from MSW and an output of approximately 4,000 tonnes/year of recycled polyethylenepellets. Of these, some 700 tonnes a year will be dedicated to the production of recycled plastic refuse bags, which will be used by FCC Medio Ambiente and various municipalities for gardening and street cleaning work.

The remaining stages (washing, drying, extrusion and blowing of new plastic bags) are carried out in the Marchalhendín industrial estate. Both facilities act as a test base for replication across Europe. 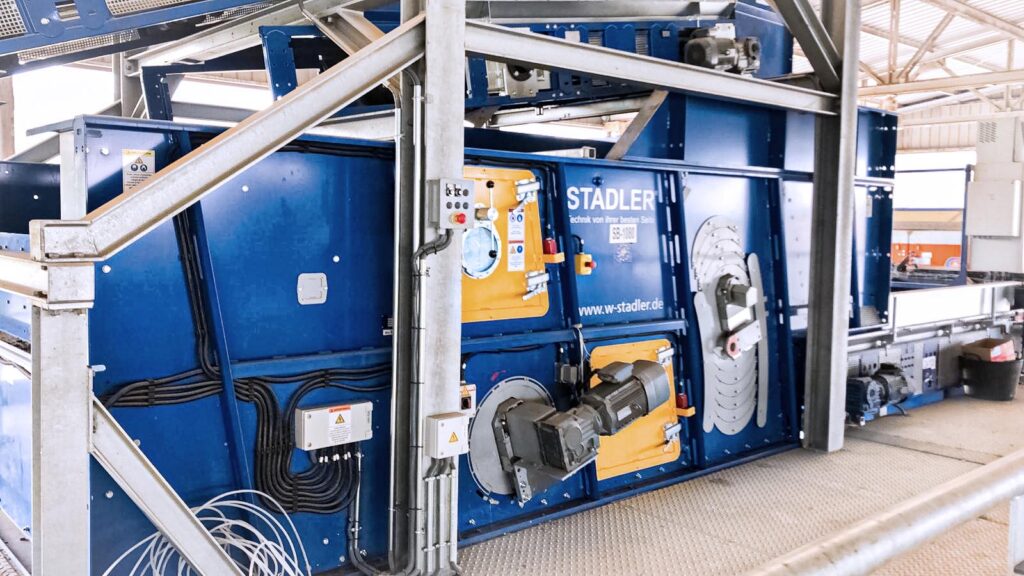 STADLER comes into play when the film bales from MSW are introduced in the feeder and go through a trommel, where they are opened, the content is separated and fines (dry organic material sticking to the surface of the plastic) are eliminated.

The overflow of the trommel drops into a shredder that reduces the particles’ size to less than 200 mm, in readiness for optical sorting. This shredded material is conveyed to a ballistic separator that sorts the materials according to density, shape and size. On the way, a magnetic separator removes all ferrous residues from the material stream. In the ballistic separator, the material is divided into two streams: flats (2D material, which accounts for 90% of the infeed) and rolling (3D material that is considered as reject). The fines remaining in the stream below 65 mm in size are screened and rejected together with the fines from the trommel. The higher-density rolling materials are conveyed to an automatic reject storage bunker for later pressing.

The material is washed in a rafter, then in two serial friction washers. It then goes through two mechanical dryers and a thermal dryer. Approximately 90% of the water used in this stage is conveyed to two treatment plants and will be re-used. In the following stage, extrusion, the clean and dry flakes are converted into pellets. In the last phase, the pellets are turned into a plastic film for use in the production of refuse bags. 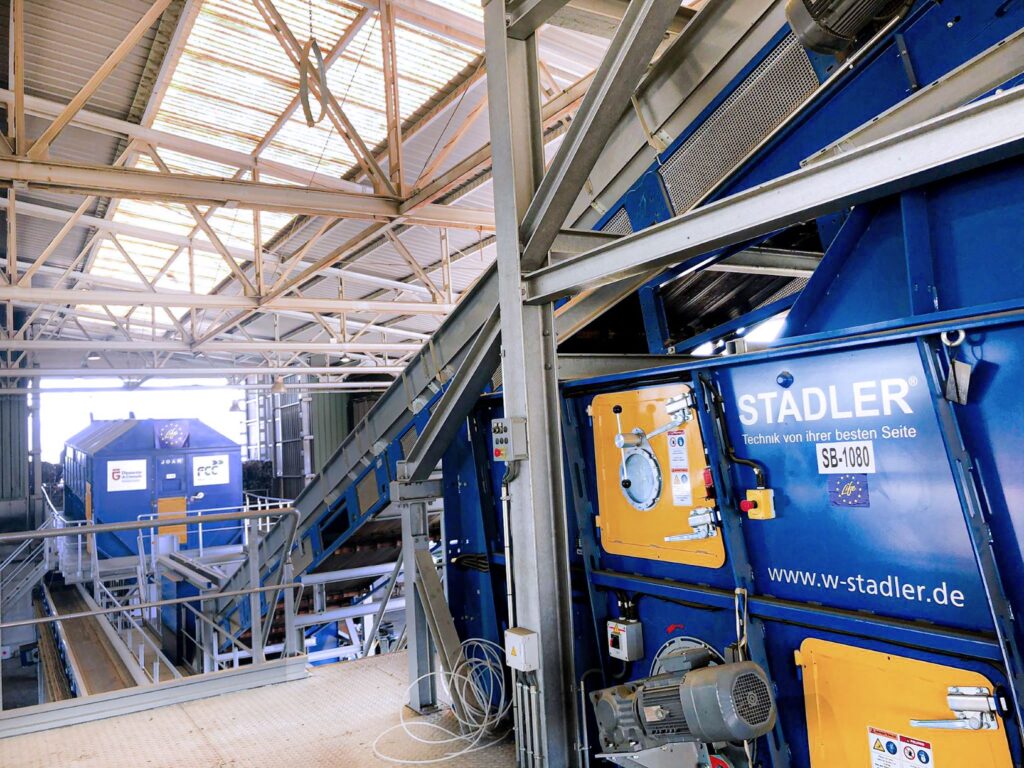 LIFE4FILM: an ambitious plan for a better planet

The LIFE4FILM project was developed to reach multiple goals: achieve environmental improvements; reduce plastic waste in landfills by 11,000 tonnes/year; increase the recycling rates of plastic film in municipal waste; recycle urban plastic waste; reduce the plastic industry’s carbon footprint and its CO2 emissions by 65%; replicate and transfer the LIFE4FILM solution for film recycling to the other regions of the EU; disseminate the results to promote this type of solutions for film recycling; improve the sector’s competitiveness and include the LIFE4FILM solution in the next EU Best Available Techniques reference document for the waste treatment industry.

All these goals, which would lead to an 80% reduction in the LDPE content of the municipal waste stream, can be achieved with the advanced technology implemented in this project. The European Commission has invested more than 100 million euros through the LIFE programme. These funds will be allocated to 9 Member States, including Spain, to promote a sustainable Europe and a circular economy.

STADLER is dedicated to the planning, production and assembly of sorting systems and components for the waste disposal and recycling industry world-wide. Its team of over 450 qualified employees offers a tailor-made full service, from conceptual design to planning, production, modernisation, optimisation, assembly, start-up, conversions, disassembly, maintenance and servicing of components to complete recycling and sorting systems. Its product range includes ballistic separators, transport conveyor belts, screening drums and label removers. The company is also able to provide steel structures and electrical switch cabinets for the plants it installs. Founded in 1791, this family-run company’s operation and strategy is underpinned by its ethos of delivering quality, reliability and customer satisfaction, being a good employer and providing strong social support.