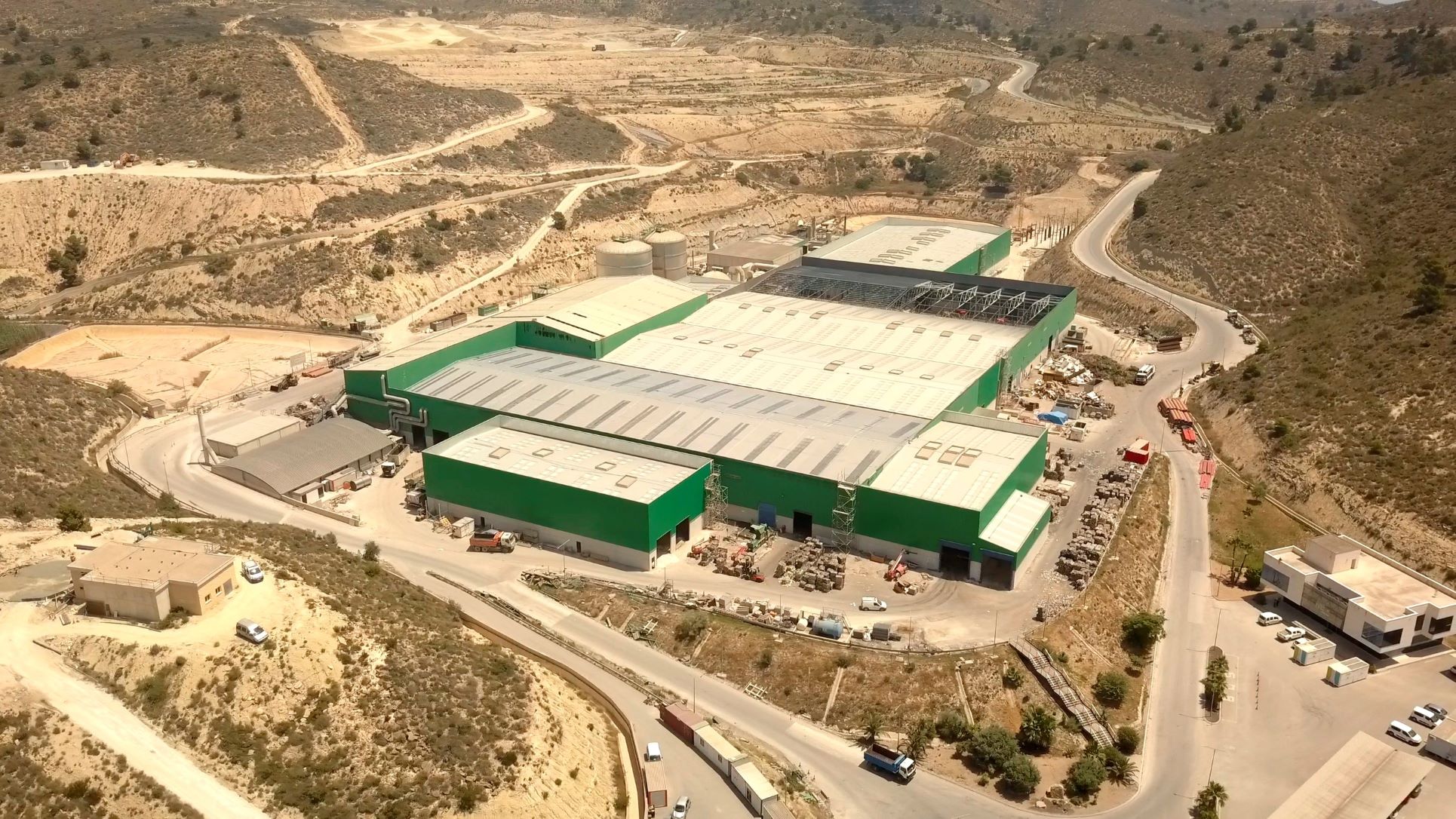 El Campello (Alicante), 18 october 2021 – FCC Medio Ambiente has completed the renovation of the CITR (Centro Integral de Tratamiento) waste management facility located in Las Marinas, El Campello, in the Alicante province, which it has been managing since April 2009. FCC Medio Ambiente, part of the FCC Group, has been delivering environmental services for more than 110 years. Today, it serves 66 million people in more than 5,000 municipalities around the world. It manages annually more than 23.5 million tons of waste as a resource, through a network of more than 200 environmental recovery and recycling complexes.

The CITR is a large facility that manages extreme variations in waste input. It serves 52 municipalities in Marina Alta, Marina Baja and El Campello.

FCC Medio Ambiente has chosen STADLER, a world leader in MSW plants, for the renovation, based on the long-standing relationship between the two companies. “The size of the facility, the short time in which to complete the works, and the added complexity of having to carry out the refurbishment while the plant was in operation, were factors that drove our decision to choose STADLER,” says Javier Cerezo, technical manager of FCC Medio Ambiente.

In the words of Policarpo Caballero, STADLER’s project manager: “It has been a challenge for several reasons: the project was implemented in 5 different phases, and we have had to adjust to the existing infrastructure. In a new project it is easier to fit everything in, because you start from scratch. In this case, precision has been critical in installing our equipment without damaging the existing machines.”

Javier Cerezo adds: “The waste treatment sector in Spain has been in constant evolution for many years now, and it will continue to do so in order to address the challenge of the European objectives. With new technologies such as STADLER’s it is possible to extract mores materials, with better quality, from the processed waste, as well as producing compost or alternative fuels.”

With this modernization, the CTIR has raised its performance to the level of newly built plants and will be able to provide service to the municipalities’ satisfaction for the next 15 years. Over 3 months, STADLER has replaced the technology that had become obsolete with the latest generation equipment and leading brands in the waste treatment sector.

The Las Marinas CITR in El Campello has been operating since 2009 and was due for a refurbishment and modernization. This project arose from the need to meet the new regulations, which require greater recovery of materials, the treatment of organic waste from separate collection, and a more careful management of odor emissions. In addition, a facility such as the CITR has a key role to play in the circular economy,” says Javier Cerezo. 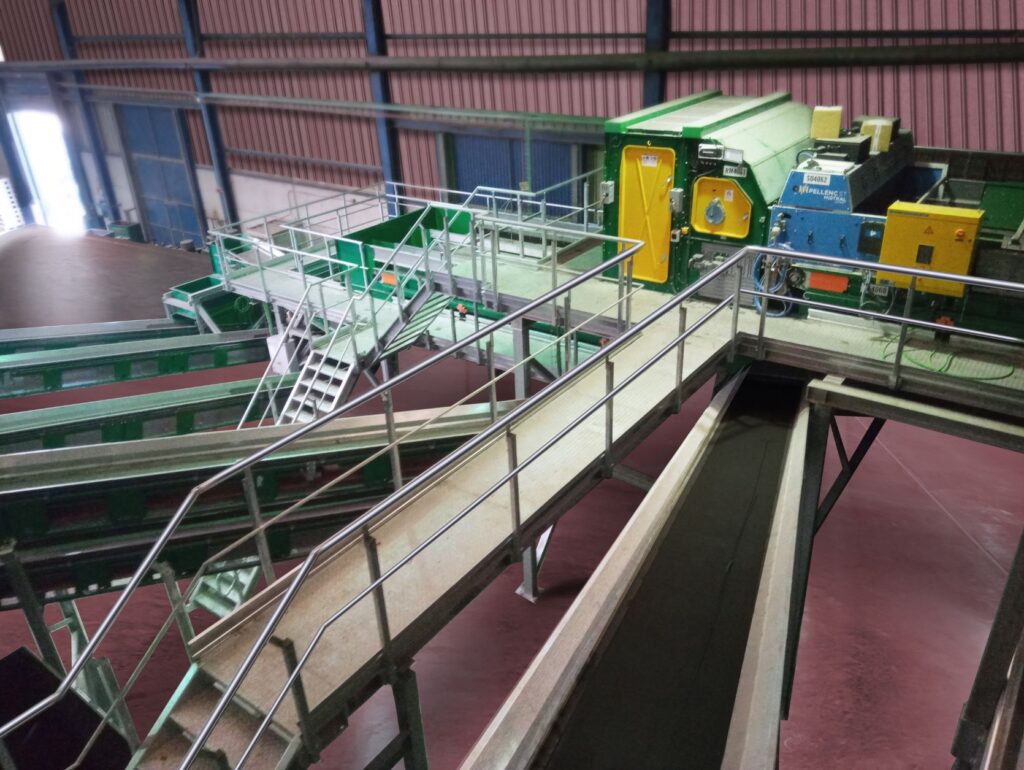 A project completed in record time

The plant has continued to operate normally, allowing the customer to process material during the project’s implementation. “We only had to shut down the plant for two days. We are really pleased with the excellent collaboration with FCC Environment and for not having to interrupt the plant’s activity. This was possible thanks to a by-pass designed with belts that were at the plant, connecting the existing trommel to the existing cabin,” explains Policarpo Caballero.

Ana López, in charge of developing STADLER’s concept for the plant, says: “It is important that the plant did not stop running because it is in one of the most touristic areas of the Peninsula.  It operates virtually uninterrupted, 7 days a week, 24 hours a day. It has also been a challenge because it is a high-capacity waste treatment facility, with demanding requirements in engineering, technology and workmanship. We have been able to achieve this thanks to STADLER’s professional assembly team and a factory design developed for rapid on-site assembly. These factors, together with the good coordination and joint effort with the customer, have led to a successful outcome.”

Javier Cerezo confirms: “This refurbishment had to be carried out while the plant was in operation and taking into account the seasonal nature of waste generation in the more than 50 municipalities it serves. These municipalities, located in the Marina Alta and Baja regions, cover a large part of the coast of Alicante with well-known towns such as Benidorm, Denia, Calpe and Jávea”. 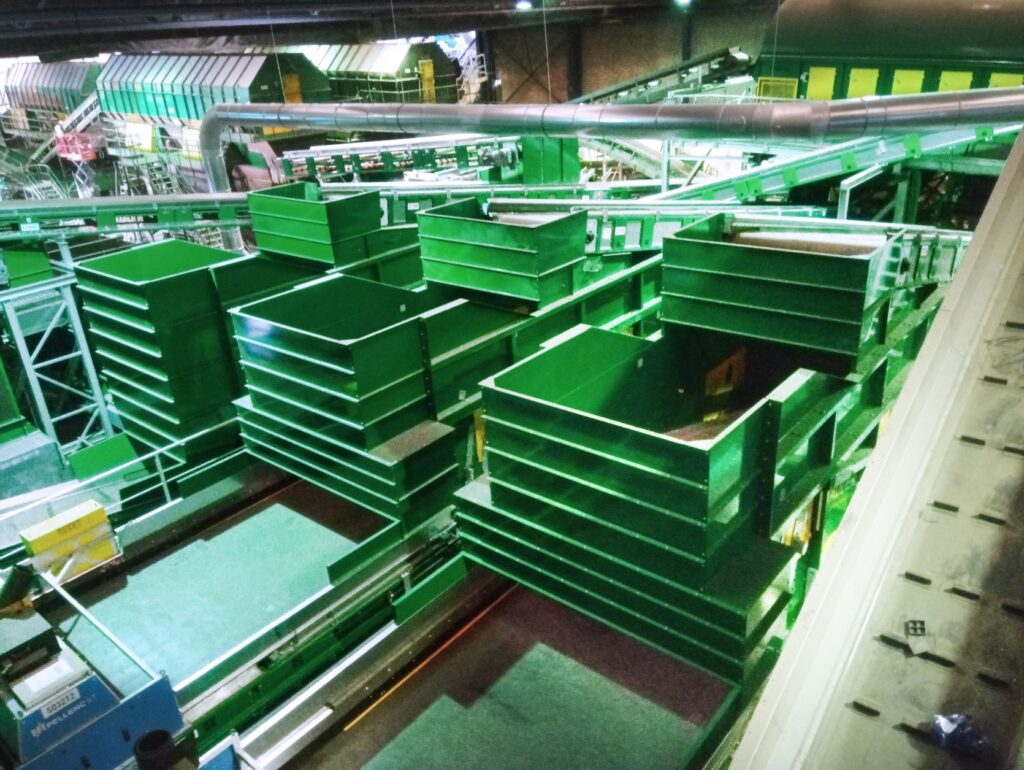 The five phases consisted of the installation of the new equipment in five areas of the facility: Compost, Refining, Biomethanization, MSW and selective organic collection. In order to achieve optimum recovery in optical separation, STADLER supplied and installed 2 trommels for screening closed bags and bottles of different sizes, 3 ballistic separators – 2 for each of the fractions of the trommel and one for the fractions from bulky waste, after passing through a shredder.

“In the biomethanization plant, we have installed our belts among many existing belts and machinery. In the MSW plant, we have reused trommels, cabins and feeders, and we have adjusted the customer’s existing belts by lengthening or shortening them according to the needs of the facility’s new design,” says Policarpo Caballero.

In addition, STADLER has installed a new selective organic collection pre-treatment line in order to process this flow separately in compliance with current waste management regulations, and a new compost refining and glass sorting line.

The integration of a Solid Recovered Fuel production line for cement is a particularly innovative element of the refurbished plant. Javier Cerezo explains: “This line incorporates, among other processes, a low-temperature drying stage to guarantee the required humidity. The plant has been fitted with the equipment needed to produce Solid Recovery Fuel practically to demand, as it is able to control parameters such as composition, granulometry and moisture content.” 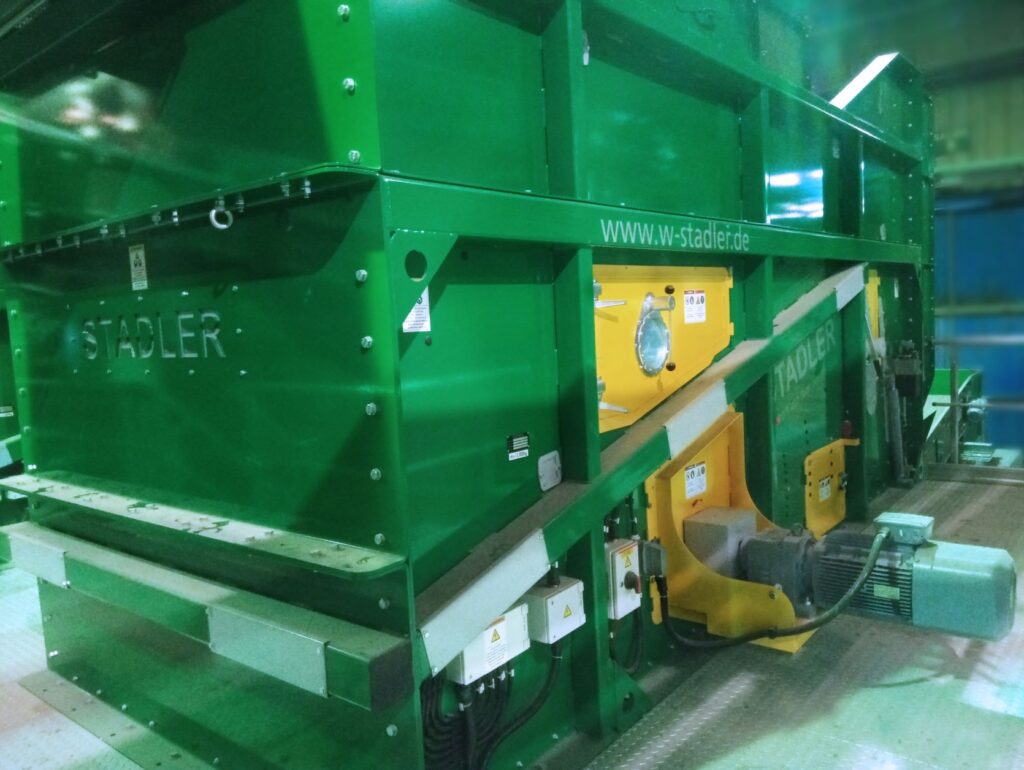 With this process, the main objectives have been achieved through a major engineering project developed by STADLER. These have been: the increase of the plant’s treatment capacity and recovery ratios, the installation of a new differentiated line for selective organic collection material treatment, the installation of a new Solid Recovered Fuel line, the improvement in the compost refining process, and the reduction of rejects (waste sent to landfill).

“In short, the aim was to recycle more and better, reducing the environmental impact,” adds Ana López. “It was an automated plant with optical separators, but with old models that did not work properly. The plant’s technology had become obsolete and had reached the end of its useful life. New equipment with the latest technology was needed to achieve the desired by-product treatment and recovery objectives,” she explains.

“The truth is that everything went very well, the work was completed on time. All thanks to our excellent fitters and good coordination with FCC Medio Ambiente,” concludes Policarpo Caballero. Javier Cerezo agrees: “The teams from both companies have been able to coordinate perfectly and adapt to the changes.”

He also expresses his satisfaction with STADLER’s work: “Their experience in the design of waste treatment lines has been of enormous help in modernizing the CITR. I recommend STADLER for their seriousness, professionalism, the quality of their equipment and of the machinery installed, among other reasons. Without a doubt, STADLER has proven to be a reliable supplier of waste treatment plants.”

STADLERÒ is dedicated to the planning, production and assembly of sorting systems and components for the waste disposal and recycling industry world-wide. Its team of over 450 qualified employees offers a tailor-made full service, from conceptual design to planning, production, modernisation, optimisation, assembly, start-up, conversions, disassembly, maintenance and servicing of components to complete recycling and sorting systems. Its product range includes ballistic separators, transport conveyor belts, screening drums and delabelers. The company is also able to provide steel structures and electrical switch cabinets for the plants it installs. Founded in 1791, this family-run company’s operation and strategy is underpinned by its ethos of delivering quality, reliability and customer satisfaction, being a good employer and providing strong social support.