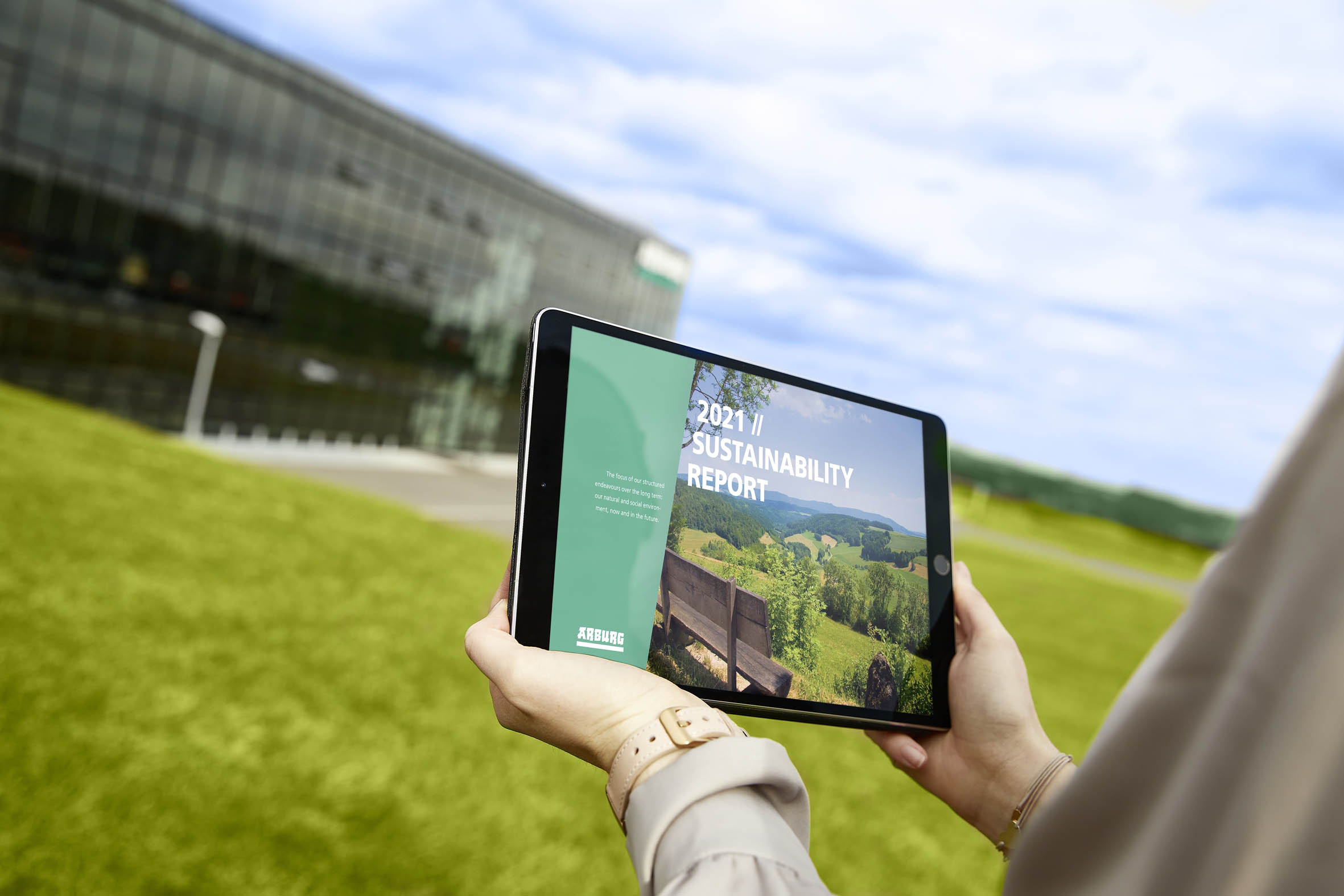 Lots of companies are talking about it at great length, but Arburg is taking action! When it comes to environmental protection, there is hardly a term more frequently used than “sustainability”. But how is it put into practice? Precisely that question is answered by the new Arburg Sustainability Report, backed up with a plethora of topical facts, figures and data. In an interactive PDF, a wide range of really interesting background information can be accessed online at any time. The 2021 version has been available on the Arburg website since the beginning of March 2022.

In its Sustainability Report, the traditional family company shares with the world its plans and practices for long-term sustainability in all relevant areas. Even the Sustainability Report itself is sustainable: The interactive document with fascinating facts, figures and data is ready to be browsed on the ARBURG website (www.arburg.com/en/arburggreenworld) – the company has taken a conscious decision not to produce a hard printed version.

This Sustainability Report is a building block in the “arburgGREENworld” program, with which the company has defined sustainability through resource efficiency and the circular economy as an important goal. All backed by the tradition of conscious awareness of the need for sustainability. Back in 2012, Arburg became one of the very first companies ever to be awarded triple certification for quality, environment and energy. Not only that, but for decades the company has viewed the need for environmental protection, conservation of resources and efficiency as an obligation and as an incentive. This is expressed, for instance, in energy-efficient construction and sustainable manufacturing processes. Other contributing factors include central production at a location with a high proportion of in-house manufacturing and short supply chains, production-efficient machine technology, as well as the digital products and service of the “arburgXworld” program (www.arburg.com/en/arburgxworld/).

One principle of the “arburgGREENworld” philosophy is that plastics are not rubbish, but recyclables! Giving value to resources, reducing emissions, putting finances to good use for Arburg and its employees and understanding digitalisation as sustainability – these are just a few of the central tenets that have been distinguishing the company for years. Tenets that it upholds consistently, as demonstrated clearly in this new 2021 Sustainability Report.

Would you care for another example? In the new assembly hall, with a floor area of 28,500 square metres, constructed to expand the capacities, Arburg is able to use the energy supplied to heat the building – just as it does by the way in the other assembly halls it has constructed over the last few years –, in a virtually cost- and carbon-neutral manner. In addition, the use of photovoltaics and geothermal energy contributes significantly to sustainable energy management.

Further impressive figures demonstrate how Arburg has implemented sustainability across the entire company:

The “WIN-Charta” sustainability management system of the state of Baden-Württemberg is used as a basis when gathering data for the Sustainability Report. This “Charta” consists of twelve statements that address, among other topics, human and labour rights, employee well-being, resources, energy and emissions, product responsibility and anti-corruption. Another key factor is the added value that a company like Arburg can create for a region.