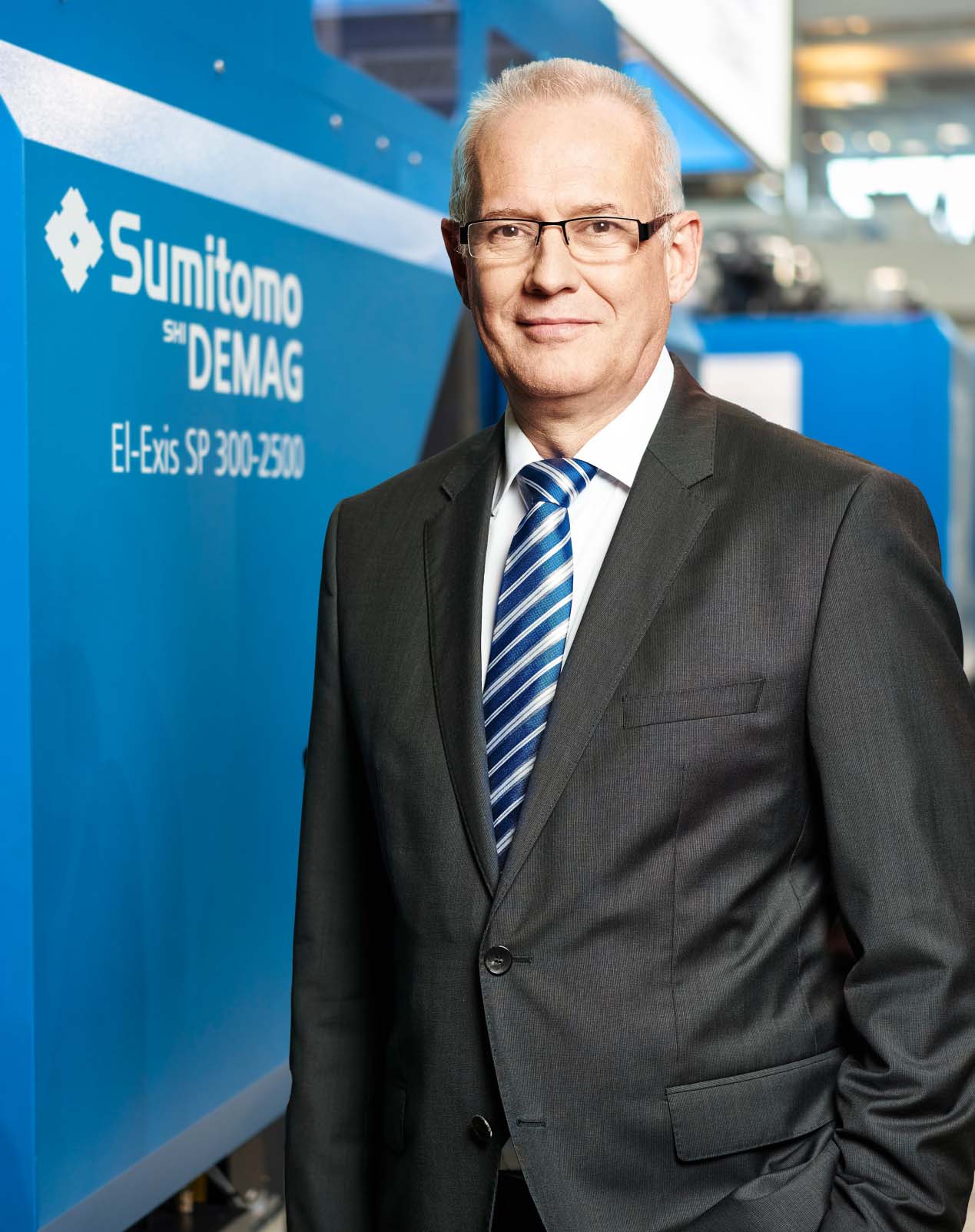 Talk by Gerd Liebig, CEO of Sumitomo (SHI) Demag, on the occasion of the LAPP trade press event

Connectors at their limits – into the future with green intelligence

Gerd Liebig, CEO of Sumitomo (SHI) Demag Plastics Machinery GmbH, outlined how high-quality connector production can be designed cost-effectively and sustainably in the future in a talk held during the LAPP trade press event. He drew a bridge from the trends in customer requirements and machine generations to the collaboration with partners and corresponding make-or-buy strategies, right through to the resulting requirements for connectivity, miniaturisation and increased reliability of the connectors.

Liebig reported on market trends characterised by an increasing demand for sensors and functionalities, for example for interior equipment in the automotive sector. “The development is heading towards greater connectivity and machine condition monitoring within the smallest possible installation space to achieve the lowest possible footprint in the production unit with regard to sustainability,” said Liebig. On this basis, he analysed product trends such as standardisation of connectors to simplify processes and reduce costs, and the demand for smaller connectors with higher functionality, as well as the integration of sensors, cables and connectivity. 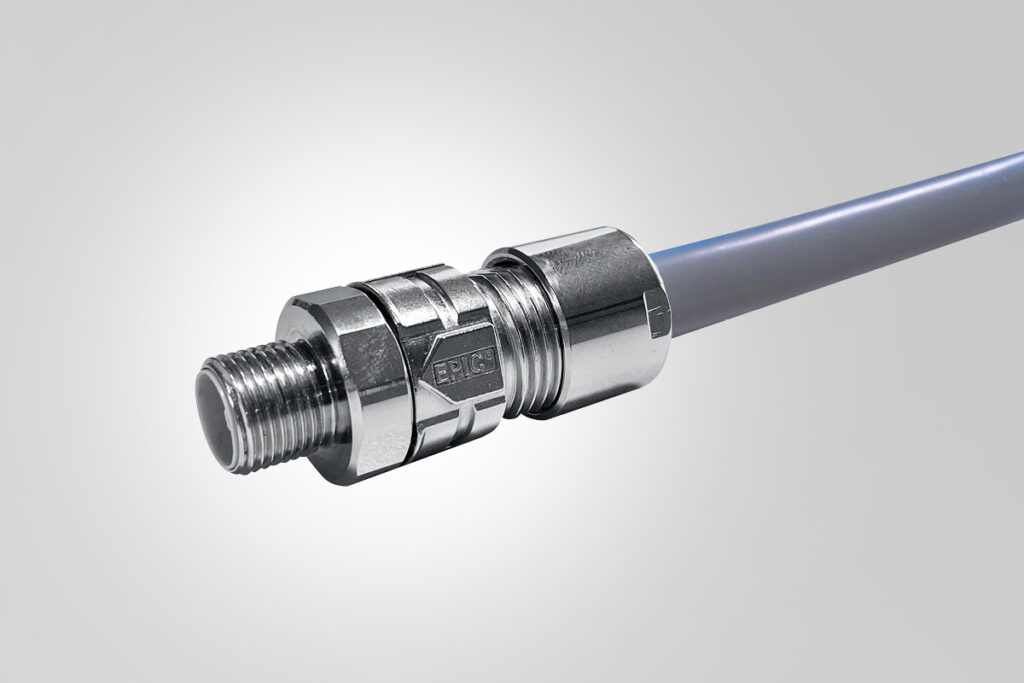 The latest collaboration with LAPP is the new M12L connector, which will soon be used in Sumitomo (SHI) Demag’s IntElect injection moulding machines

Sumitomo (SHI) Demag is meeting these challenges by driving forward with the digitalisation of its machines. The fully electric IntElect series for regulating, controlling, monitoring and integrating automation and peripheral systems has an OPC-UA interface. They also have their own web-based software solution “myConnect”. This central platform gives customers direct access to a wide range of fully networked services for their machine.

The third largest manufacturer of injection-moulding machines in the world is currently working on developing assistance apps, a system for setting up and optimising processes, introducing a material and knowledge database and integrating simulation tools for expanded configurations and in-depth insights into the processes. The aim, says Liebig, is an intelligent machine that can independently make predictions about part quality, machine wear and failures, and perform optimisations online.

“This aspiration is not an end in itself, but serves to produce machines with high flexibility in a cost-optimised manner,” reports the CEO. This is achieved by a combination of the company’s high-quality work in Germany supplemented by cost efficiency in Asia. “Our focus is clearly on fully-electric machines for the packaging and medicine sectors. We impress with differentiated, high-quality technology rather than complex, low-quality machines, and offer our customers high efficiency with unique products.”

Particularly in connection technology, Liebig expects increasing demand for sensors and functionality, for example for interior equipment in the automotive sector. It is therefore essential for connectors to be further standardised to simplify processes and reduce costs. Smaller connectors with better functionality are also the order of the day, given the increasingly compact components.

Sumitomo (SHI) Demag’s focus is on the fully electric mechanical engineering series IntElect. “The market has greatly picked up since the beginning of this year, mainly driven by the automotive and consumer sectors, as many companies are investing in machinery there again,” said Liebig. “Our decision four years ago to consistently rely on fully electric and energy-efficient machines from the IntElect series has paid off. Turnover will thus continue increasing in the coming years, as more and more governments are pushing for energy-efficient production.”

In order to increase the added value and productivity of the fully electric IntElect series, Sumitomo (SHI) Demag chose LAPP as a new partner four years ago. “We were faced with the question of make or buy. We were looking for a trusted partner who could handle the complete assembly of the individual components for various machine sizes and reliably deliver just-in-time,” explained the CEO. 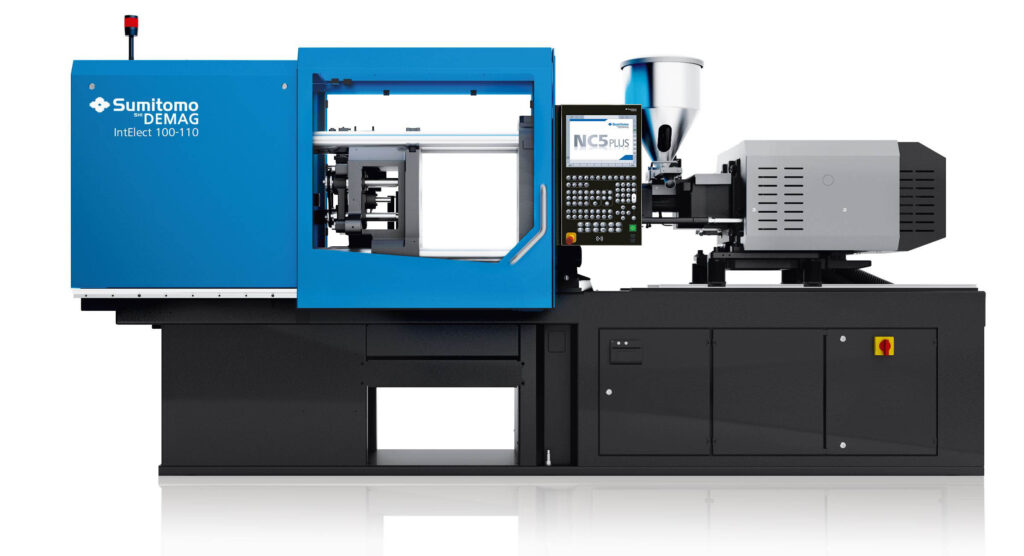 He summed up that this partnership developed very positively for Sumitomo (SHI) Demag, “The key reasons are the great core competence as a connector and cable manufacturer, the high process expertise, the lower labour costs through production of the cable sets in the Czech Republic and the lower component and quality costs.” In addition, Lapp has ensured greater transparency in the documents and optimised processes with suggestions for improvement.

Liebig illustrated the differences between the times before and after the LAPP cooperation. “As a manufacturer of injection moulding machines, producing cable sets was not our core competence. As a result, production processes could deviate from the documents and inefficiencies could not be rectified. Despite a high level of flexibility, there was consequently little motivation to correct discrepancies in the documents. There were also high labour costs,” he looked back. This is why this “make” strategy involved high component and quality costs.

Thanks to LAPP, this has changed radically, as the production of cable sets is one of the company’s core competencies. “Thanks to their extensive expertise, there is a clear production process with final testing, and inefficiencies are eliminated. Errors, discrepancies and suggestions for improvement are highlighted by LAPP and corrected in the documents once approved by us. We also benefit from low labour costs through production in the Czech Republic,” reported Liebig and summed up: “The “buy” strategy has meant that component and quality costs have fallen significantly.”

The latest collaboration with LAPP is the new M12L connector, which will soon be used in Sumitomo (SHI) Demag’s IntElect injection moulding machines. Liebig: “We have a lot of plans involving LAPP as a partner on our side.”

Sumitomo (SHI) Demag has had a lasting impact on the development of the plastics industry from the very beginning. As a specialist in injection moulding machines for plastics processing, Sumitomo (SHI) Demag, together with its Japanese parent company Sumitomo Heavy Industries, is one of the world’s leading companies in the industry.

The global development and production network of Sumitomo Heavy Industries and Sumitomo (SHI) Demag consists of four plants in Japan, Germany and China with over 3,000 employees. The product portfolio includes fully electric and hybrid-driven injection moulding machines in a clamping force spectrum between 500 and 15,000 kN. With over 149,000 installed machines, Sumitomo is (SHI) Demag is active in all important markets across the world and is considered one of the largest global manufacturers of injection moulding machines.

Around 95% of all delivered machines have a fully electric drive concept. The German Sumitomo (SHI) Demag sites in Schwaig and Wiehe produce the Systec Servo series as well as the high-performance, high-speed machines El-Exis SP and Systec SP with a hybrid drive concept. The IntElect series with electric drive technology is also produced in Germany for the international market.

Sumitomo (SHI) Demag has had an on-site production facility in Ningbo, China since 1998. The local subsidiary Demag Plastics Machinery (Ningbo) Co., Ltd. has had a new plant since mid-2015 with 13,000 m² of usable space, in which the Systec C series is manufactured with a clamping force of 500 to 10,000 kN for Asian markets. In addition to injection molding machines, Sumitomo (SHI) Demag offers customised and standardised systems for automating molded part handling, process engineering solutions for special applications, tailored services and service concepts as well as offers for financing investments in injection molding machines.

With its complete sales and service network of subsidiaries and agencies, Sumitomo (SHI) Demag present in all key industrial markets.