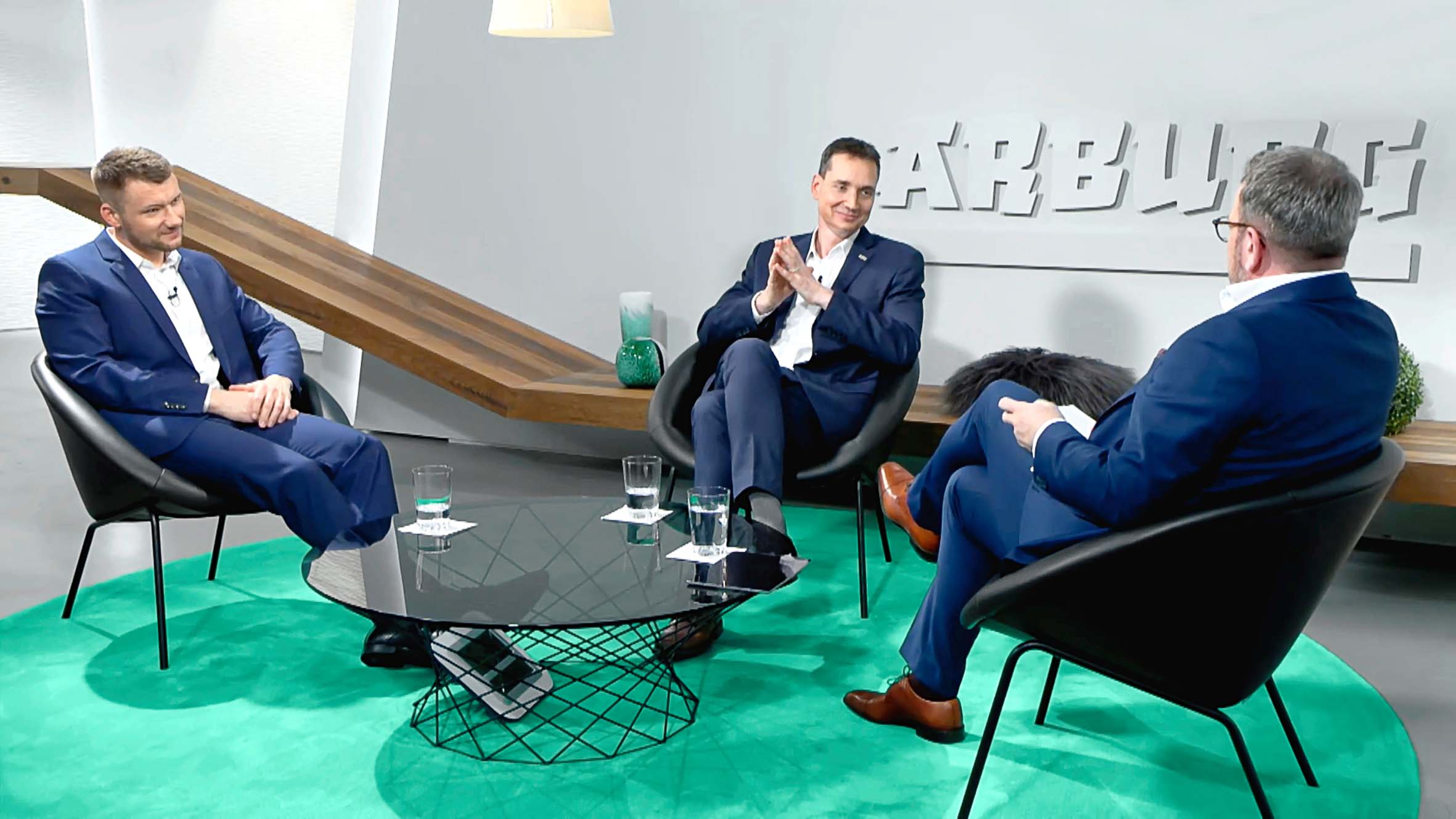 The Arburg experts examined a wide range of aspects relating to industrial additive manufacturing. They highlighted the potential of Arburg Plastic Freeforming (APF) with the Freeformer and succinctly expressed the benefits and added value this method brings compared with injection moulding and other conventional techniques.

Interactive polls on the potential of AM

Changing the rules of the game – with industrial additive manufacturing

“Additive manufacturing enables new product and production solutions – but only if you think outside the box,” Lukas Pawelczyk, Head of Freeformer Sales, stated as his key principle. He explained exactly what his “think additive” mantra means through a number of application examples and described how medical technology is currently the driving force behind additive manufacturing. Lukas Pawelczyk is a firm believer in the technology: “The ideal business case would be a component that offers added value thanks to its lightweight construction, the way in which functions can be integrated or the reduced installation work involved, for instance.” He went on to add that the Freeformer is also an interesting prospect when it comes to manufacturing operating equipment and spare parts. Rapid prototyping functional components also significantly speeds up time to market, he explained. To demonstrate this, Lukas Pawelczyk presented the “face mask” project which Arburg and its partners developed from the idea to series maturity in just 41 days in spring 2020. Another example was the two-component gripper which was specifically designed for removing the moulded handles that Arburg mass-produces in its in-house injection moulding facility for one of its products.

Freeformer: a high level of material and design freedom

Martin Neff, who as Head of Plastic Freeforming is responsible for the technology, explained how the APF process works and stated the following: “You can only really be innovative if you can rely on the technology and processes 100 per cent.” The expert vividly described how the component properties can be influenced by the open system and the advantages offered by the wide range of original materials. In order to provide examples of such innovation, Martin Neff named patient-specific resorbable implants and tablets as well as functional automotive prototypes made from original, soft TPE materials. He also explained how the Freeformer can be used to produce hard/soft combinations and electrically conductive components as well as to process bioplastics. He went on to describe cleanroom production and emphasised how important end-to-end process control and traceability is – aspects that are facilitated by the Freeformer’s OPC UA interface.

During two live links to the Arburg Prototyping Center in Lossburg, APF technology consultant Simon Leitl revealed what needs to be taken into account when optimising components produced using additive manufacturing processes. He presented the individual components of the Freeformer 300-3X and demonstrated how benchmark components are produced in the APC. What’s more, the attendees got to find out more about how data processing works – from importing the CAD file, placement on the part carrier, automatic analysis and slicing, right the way up to the automatic transfer of the build job to the machine. One aspect of particular interest saw Arburg’s digital world integrated via the arburgXworld customer portal. For example, the “ProcessLog” app, which was specially developed for the Freeformer, enables all orders as well as machine and process data to be seamlessly tracked. And in the Shop app, spare parts can be ordered at any time of the day or night. The practical session of the broadcast was rounded off with a brief explanation of the material qualification process and included interesting examples of components.

During the final panel discussion with host Guido Marschall, the experts summarised the main findings of the digital theme day. “The Freeformer and the APF process enable a game without limits,” said Lukas Pawelczyk, rounding up the discussion. “We see ourselves as enablers in this respect.” He explained how his team supports both existing injection moulding customers and professionals in the AM industry alike. More and more often, prospective customers are coming to Arburg with components that cannot be produced using conventional methods. “The industry has matured but you still need to be a bit daring if you want to take full advantage of the potential offered by additive manufacturing,” stated Martin Neff with conviction. “If you incorporate the technology right from the initial design phase, you will achieve results and the added value you generate will also open up options in terms of pricing.”

Next arburgXvision broadcast on 29 April 2021

Titled “By professionals for professionals – turnkey means: quality from a single source”, the fourth arburgXvision broadcast will air on Thursday, 29 April 2021. During the show, Andreas Reich, Head of the Turnkey department, and application technology expert Bernd Eble will explain how custom-automated turnkey systems and innovative cube technology can be used to fully harness production potential. Live links to the Lossburg assembly facility and model customer Hermann Hauff will provide insights into Arburg’s project management work and the practical application of a cube system.

If you would like to attend and stay up to date with the series, visit our website www.arburgXvision.com and complete our quick and easy one-time registration process. Registration also includes access to all events and to the Media Center where all episodes will be available to watch on demand shortly after broadcast. And best of all – once registered, you can enjoy and rewatch all content – including past programmes – whenever you like in the Media Center!