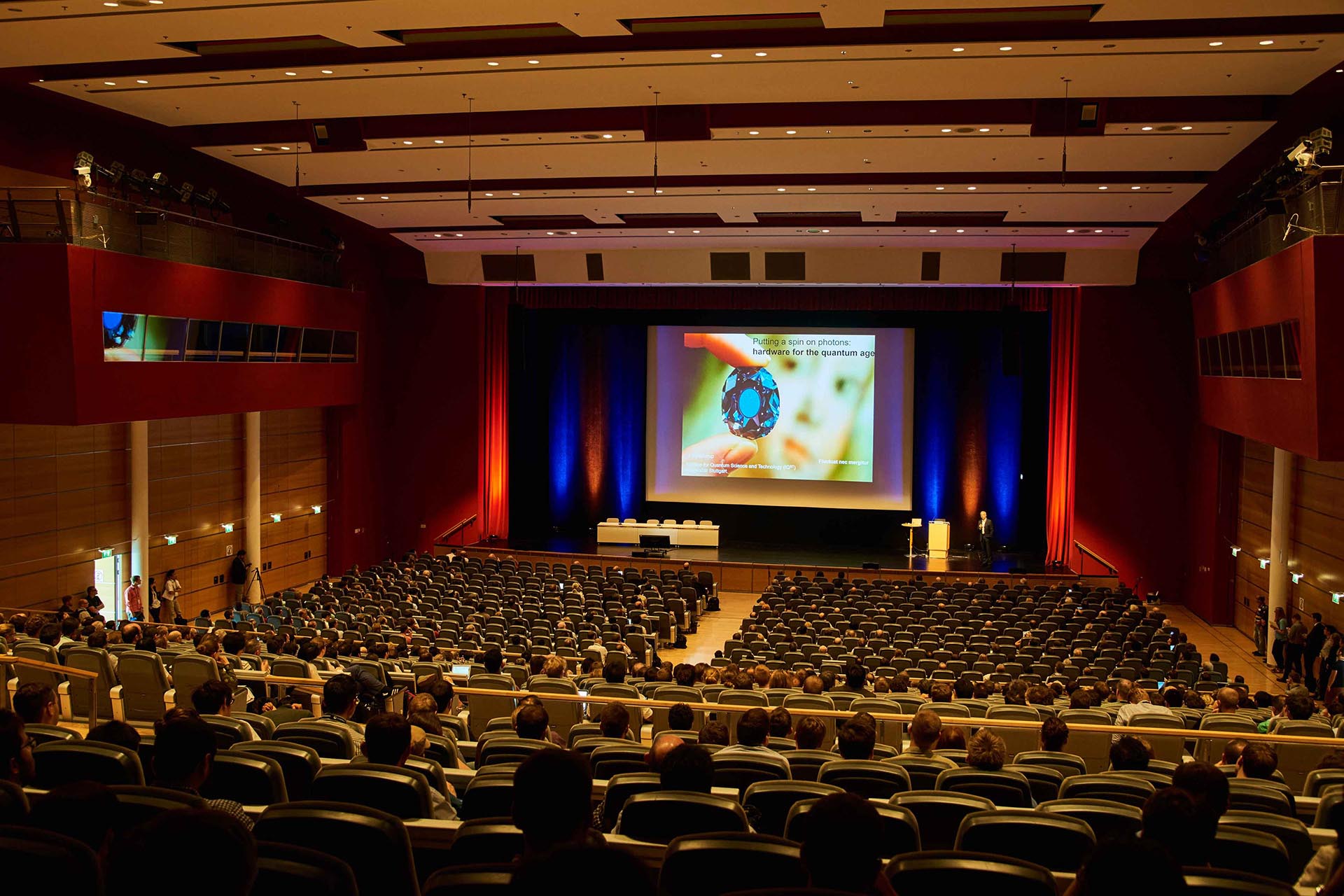 When Nobel Prize winners, technology pioneers and world-leading scientists from all fields of photonics stream to Munich, it is World of Photonics Congress again. The leading congress for photonics in Europe will take place from June 23 to 27, 2019 at the ICM – Internationales Congress Center München on the Messe München site concurrently with LASER World of PHOTONICS, the world’s leading trade fair, from 24–27 June 2019 in the directly adjoining exhibition halls.

Prof. Karsten Danzmann will host both the opening plenary discussion at LASER World of PHOTONICS 2019 and the World of Photonics Congress 2019. In his opening speech ‘Listening to the universe with gravitational waves’, he will address methods for the detection of gravitational waves and the development of laser technologies that these methods require. Prof. Danzmann is the Director of Max Planck Institute for Gravitational Physics (Albert Einstein Institute) where he heads the division Laser Interferometry and Gravitational Wave Astronomy. Another high-class follows the same day in the evening: Together with Donna Strickland Prof. Gérard Mourou was awarded the Nobel Prize in Physics in 2018. On Monday, June 24 (18:00–19:00), he will hold his Nobel Prize Plenary with the title “A Passion for Extreme Light” in Munich. The following Tuesday, June 25 (14:00–14:30), the newly awarded Herbert-Walther Prize winner 2019, Prof. Sir Peter Knight, will hold his Award lecture “The Journey from Manipulating Single Quantum Systems to Quantum Information Processing”. And so it goes on—one after the other: Seven conferences, more than 6,500 participants who participate in the congress and in the Application Panels, several thousand scientific and practice-oriented lectures make the World of Photonics Congress an event of superlatives.

The five conference days at the ICM cover the entire universe of today’s photonics research—and offer no less than 14 top-class plenary speakers. In addition, there are dozens of tutorial lectures and invited lectures as well as a short course program for students and other interested parties, and also various practical application panels in the adjoining halls as part of LASER World of Photonics 2019.

The Conference Program of the World of Photonics Congress
The World of Photonics Congress is home to seven sub-conferences that span the spectrum from basic research to application-oriented development. Worldwide leading research institutes and companies from the field of photonics stand behind the organization and the comprehensive lecture program.

The Word of Photonics Congress 2019 will build bridges from quantum technology to automated industrial inspection, from learning robots to photonics in climate research and medical diagnostics, from virtualized digital twins of machines and factories in Mixed Reality to optical metrology in the sub-nanometer range. Or from attosecond flashes to laser-based X-rays or new, even faster approaches in optical communication. Photonics is the enabler in all these applications. It allows us to understand the world, ensures rapid worldwide data exchange and is the key to future autonomous and electrified mobility. The World of Photonics Congress 2019 brings together over 6,500 participants from all over the world for the congress and the Application Panels—who will jointly explore the entire universe of modern photonics in Munich.

About LASER World of PHOTONICS

The LASER World of PHOTONICS is the world’s leading platform for the laser and photonics industry. Europe’s largest World of Photonics Congress will be taking place in parallel with the trade fair. The program comprises a variety of scientific conferences of leading global organizations. Supplementing this Messe München GmbH will be offering practical lectures on the applications of photonics (“Application Panels”). In 2017 the trade fair set an exhibitor record with 1,293 exhibitors from 42 countries. More than 32,000 trade visitors from 90 countries entered the Messe München site. The World of Photonics Congress registered around 4,500 participants, with around 3,000 lectures and presentations including poster presentations on offer. The LASER World of PHOTONICS has been organized by Messe München International every two years since 1973; the
next event will take place in Munich from June 24–27, 2019, the next World of Photonics Congress will take place in parallel from June 23–27, 2019 in the ICM – International Congress Center Munich. www.world-of-photonics.com

About the LASER World of PHOTONICS global network

Messe München is one of the leading exhibition organizers worldwide with more than 50 of its own trade shows for capital goods, consumer goods and new technologies. Every year, a total of over 50,000 exhibitors and around three million visitors take part in more than 200 events at the exhibition center in Munich, at the ICM – Internationales Congress Center München and the MOC Veranstaltungscenter München as well as abroad.
Together with its subsidiary companies, Messe München organizes trade shows in China, India, Brazil, Russia,Turkey, South Africa, Nigeria, Vietnam and Iran. With a network of associated companies in Europe, Asia, Africa and South America as well as around 70 representations abroad for over 100 countries, Messe Münchenhas a global presence.